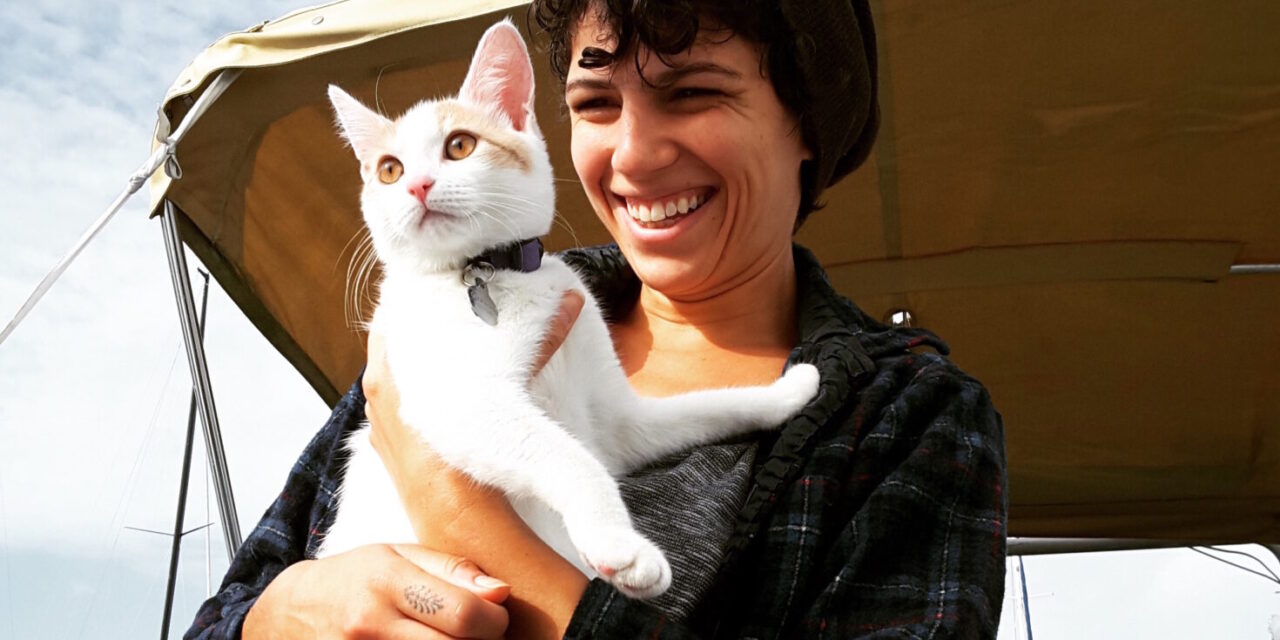 Nicole and Commodore in This Is Not a Theatre Company's "Life on Earth".

Charles Mee’s Heaven on Earth conveys the message that our civilization, too, has come to an end; and life goes on. Encompassing bits of text, skit-like sections, songs, dances, a projected movie, and more, Heaven on Earth is traditional theatrical script credit to Charles Mee. Similarly, its recent adaptation by This is Not a Theatre Company, Life on Earth was conceived as a transmedia collaborative endeavor between Erin Mee, Charles Mee, and Evan Schwartz, with contributions from many others to exhibit slices of earthly life developed collectively through content obtained within the discordance of a chat room full of people across the world. Life on Earth comes remarkably close to depicting reality: messy, but ultimately breathtakingly beautiful. The whole project was focused primarily on the relationship between our planet and its people and on communication that transcends boundaries.

The fundamental problem of this transmedia project concerned the management of audience participation; in fact, this problem is one of the most difficult confronting transmedia. How can the media interact and engage with their audiences? How can people participate comfortably and evince interest in a piece of art? How is this engagement different from their involvement with traditional types of art? Katalin Trencsenyi and Bernadette Cochrane, the editors of New Dramaturgy, assert that novel forms of theater are “dissolving the role of the director” (Trencsényi P5) and elucidate the ways in which new dramaturgy affects the entertainment industry, evincing the difficulties of transmedia interactions. For instance, Life on Earth was showcased on Discord, a free and open channel for netizens that is easily accessed as a creative space for transmedia and direct audience interactions. However, such a platform exacerbates the difficulties of controlling a show or leading its direction and performance through an open chat room. The production of Life on Earth did not simply use the official account of a theater company via an automated initiation leading to an open and unmediated discussion among participants and room for audience engagement. The timeline of the project was limited by the company to 3 days. Global users and audiences could not engage and communicate intensively with each other in such a short time to make this project more comprehensive. Apart from audience engagement, the direction of the actors is also different in such a project, which requires a more innovative means of leading the audience toward a result. Such a collaborative art piece should encompass more supervision and offer guidelines that allow people to understand the content and forms of transmedia both pre-show and post-show, especially for participants who joins during the live showtime. Many participants may have initially intended to contribute to the project but perhaps could not fathom the actions they could take.

Life on Earth proved to be a successful work of art in terms of the number of viewers and the influence it ultimately exerted. As an audience-based project undertaken by This is Not a Theatre Company, Life on Earth signifies a unique transmedia piece: it was hosted completely online in a largely open environment; thousands of comments, as well as hundreds of uploads of music, video, poetry, and other art forms, were posted on Discord to accord viewers a glimpse of events and activities occurring around the world. Life on Earth was also affected by the pandemic but turned the difficulties into a wonderful opportunity for online theater projects. The Life on Earth project evinced numerous examples of a multitude of interests and exhibited the beauty of the earth: dance clips from China, songs and music from Italy, and videos from the US and many other countries. All the showcased pieces emphasized that life continued on Earth even during the hard lockdowns in April. People became more willing to share their lives, create works of art, post them on online platforms, and engage with this project. The contributed posts made Life on Earth an extremely successful venture.

The project represented an excellent accomplishment in the context of its original piece, Charles Mee’s Heaven on Earth. The perspective “Our World, too, has come to an end–and: Life goes on” shines through the project, which is especially connected to the times in which it was undertaken. The project really captured the point at which the world stopped for a lot of people throughout the world; however, it also clarified that everyone knew life would go on after the virus and other obstacles were overcome. The theme of the project was is apt for the current year, and it did successfully complement the original piece even as a transmedia undertaking.

However, to offer some recommendations to improve the project in the future, the means of audience engagement could be modified and better executed because it is an entirely new form of public communication. First, continuing the project for a longer duration could aid in more fruitful audience engagement. Many people posted comments and shared things daily. If possible, the project could be turned into a long-term endeavor that would attract huge audiences across the world, enhancing the quality of interactions, and aggregating into a far superior envisioning of life as it is lived on Earth. Second, the project could be more directed, incorporating more prompts for the audience to check and follow. The opening of the project is quite effective, demonstrating places of interest and describing the source piece, Heaven on Earth. However, no substantial guidance was subsequently offered on Discord during the three days in which the project was accomplished. People who joined after the show opening were always asking questions about what they should do on this channel. After they read the original post, they joined the discussion forum, viewed daily posts, and contributed to the project as they wished. Audiences across the globe could engage with the project better if the hosts could overview the project and summarize its larger picture as and when people joined the platform.

In sum, Life on Earth successfully achieved the goal of communicating its message of beauty in the continuing connections between human beings and planet Earth. It aptly communicated the message that worlds end, but life goes on. However, the undertaking would attain far superior levels of quality and participation with more hands-on hosting, instruction, and longevity. These modifications would help the project overcome its pandemic-caused difficulties of relying on the emergent form of transmedia storytelling. 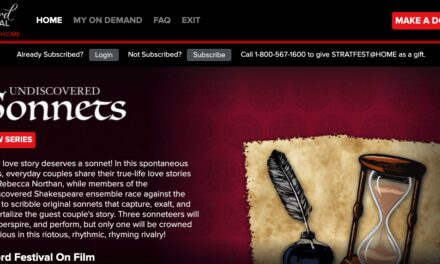