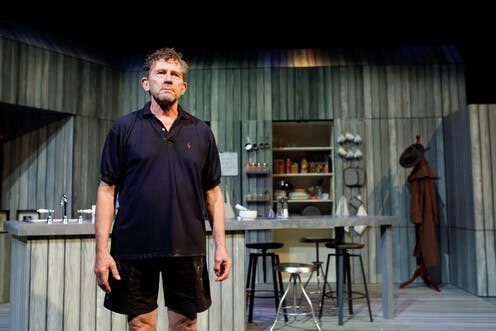 Igor Sas in "Water." The play deals with the issues of ‘illegal’ immigration and environmental crisis in three narratives. Photo: Daniel J Grant.

Water, written by Jane Bodie and directed by Emily McLean, was commissioned by Clare Watson, artistic director of Black Swan, as “a family drama for now, that spoke to the moral questions and dilemmas of our time.” Both the playwright and artistic director share an admiration for the plays of Arthur Miller, and Water echoes Miller’s techniques, where family politics and political issues clash in an enclosed space.

It is a production tailor-made for a Black Swan audience, dealing with topical issues – principally “illegal” immigration and an environmental crisis – and family dynamics. It is performed naturalistically with a cleverly designed adaptable set.

The play is set in three different narrative contexts: an Australia of the “not too distant future,” the US immigration station on Ellis Island in 1921, and Queensland in 1905.

The first narrative takes place on an island in a river, with its watery surroundings standing for an Australia similarly surrounded by sea. Peter (Igor Sas), a former immigration minister, is seemingly retired but in disgrace – a virtual prisoner on the island.

With his wife Beth (Glenda Linscott), he awaits the arrival of his daughters for his birthday. When they arrive, an “unwanted guest” is introduced by the errant older daughter. A family drama unfolds against the pressing issues of water shortages, the operation of a costly new desalination plant, and the disappearance of native birdlife. However, there is little excitement when it finally rains towards the end of this narrative, and these now seemingly superfluous environmental issues are dispensed with in favor of the immigration theme.

Following an interval, the latter two narratives consist of vignettes. The first takes place at the immigration station on Ellis Island in the United States in 1921 where a retired white Australian farming couple (played again by Sas and Linscott), financially ruined by drought, seek to enter the country.

While seeming incongruously placed, this reflects actual events when immigration quotas were imposed, specifically to limit the numbers of Mediterranean immigrants into America.

The sense of humiliation the couple feel is sensitively performed by Linscott and Sas, and the vignette effectively conveys how it might feel to be on the receiving end of this treatment, usually meted out to people of a different ethnicity.

The second vignette, concerning the doomed friendship between a South Sea Islander laborer and a cane grower’s daughter, takes place on the Queensland cane fields in 1905. It is set against the history of the employment of low-paid Pacific Islander indentured workers. From the 1860s onwards some 60,000 indentured laborers were brought to Australia. As part of an embryonic White Australia Policy, a 1901 Bill sought the expulsion of about 10,000 laborers, with deportations commencing in 1906. 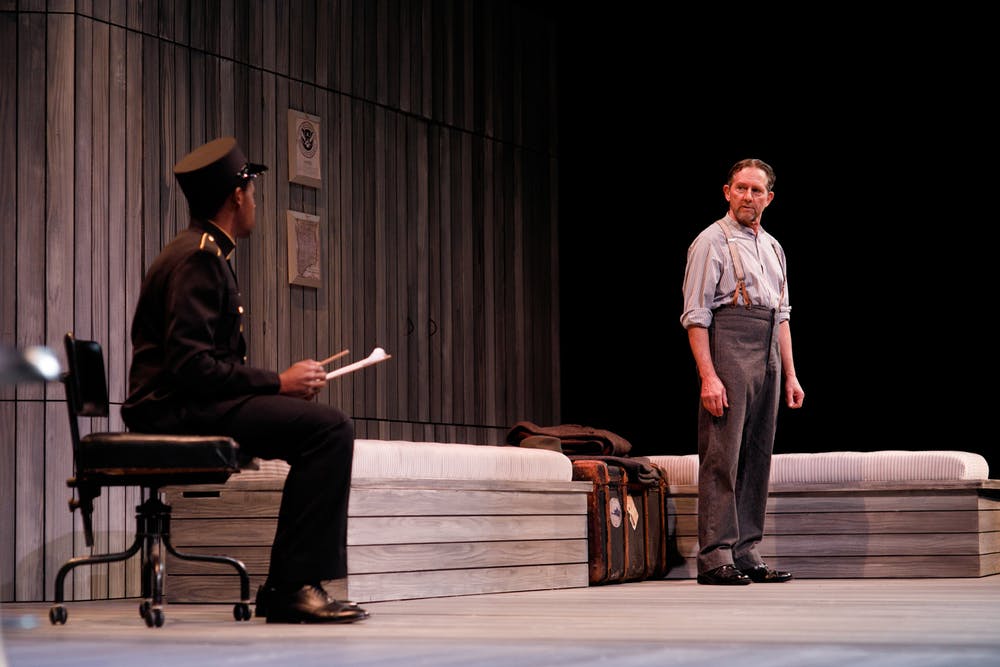 The play is ably directed by Emily McLean. Pace and rhythm are generally spot on and the space is intelligently utilized. Sound and lighting are effectively executed and the set, with its various doors and easily adapted furniture, suits the various times and settings of the three narratives.

The acting is uniformly sound. Linscott shines as Beth, the beleaguered wife of Peter, as she drinks her wine and manically rides the family politics and the arrival of that unwanted guest, played by Richard Maganga. Maganga delivers strong performances here as Yize, the “illegal” refugee, and later as a clerk on Ellis Island and Andrew, the Islander indentured laborer. 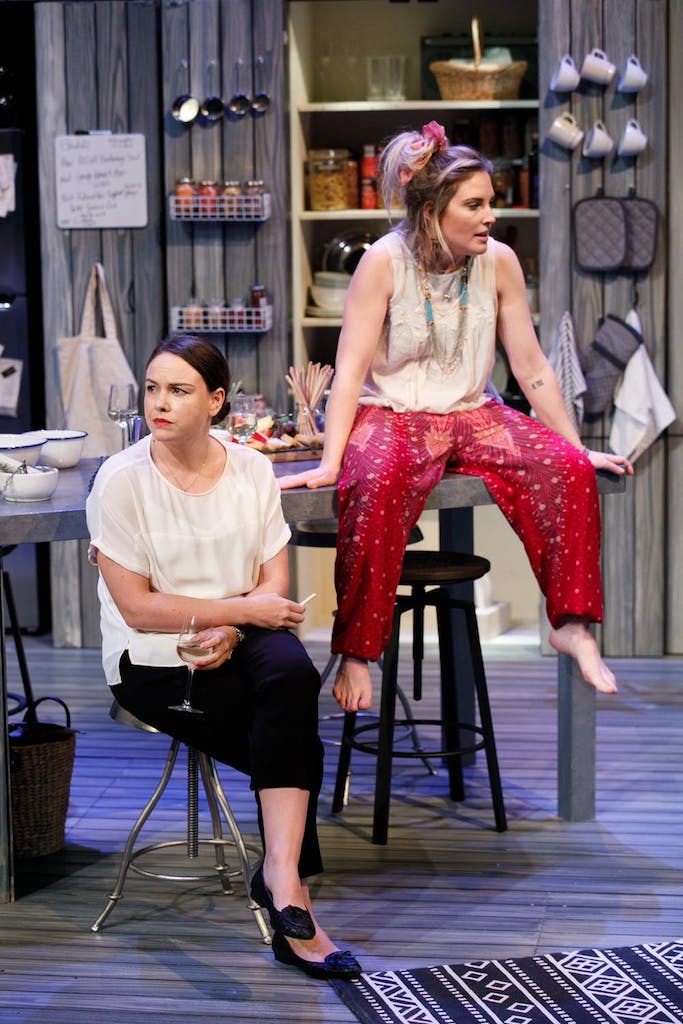 Peter and Beth’s daughters are played by Amy Mathews (Gemma) and Emily Rose Brennan (Joey), the latter having brought Yize to the island house. Both perform strongly as the very different sisters and display adept shifts in style in their respective later characters – Mathews as a Nurse at Ellis Island, and Brennan as Josephine, the daughter of Andrew’s employer/owner.

Sas exhibits nuanced performances as Peter, the disgraced former government minister for immigration, and as Robert, the elderly farmer on Ellis Island. Sas gives both characters some dignity, notwithstanding their differing circumstances, and the sometimes-clichéd dialogue in the characterizations of older Australian males.

Water provides the audience with a competently delivered night at the theatre but there are times, especially early on, when it displays some of the same problems periodically present in Miller’s plays, such as occasional banal dialogue exchanges and clumsy exposition. Nonetheless, some lame repetitive jokes early on concerning politically correct language were greeted with appreciative laughter from the audience.

The opening night audience expressed their appreciation with frequent laughter, sometimes rapt attention, and enthusiastic applause at the curtain. Like Andrew Bovell’s When the Rain Stops Falling, produced by Black Swan in 2011, it deals intelligently with some important topical issues – and all of the characters have become sadder and wiser persons by the conclusion.

Water is on at Black Swan State Theatre Company in Perth until May 26.

How The Nirbhaya Protests Made Young Women A Symbol Of Resistance