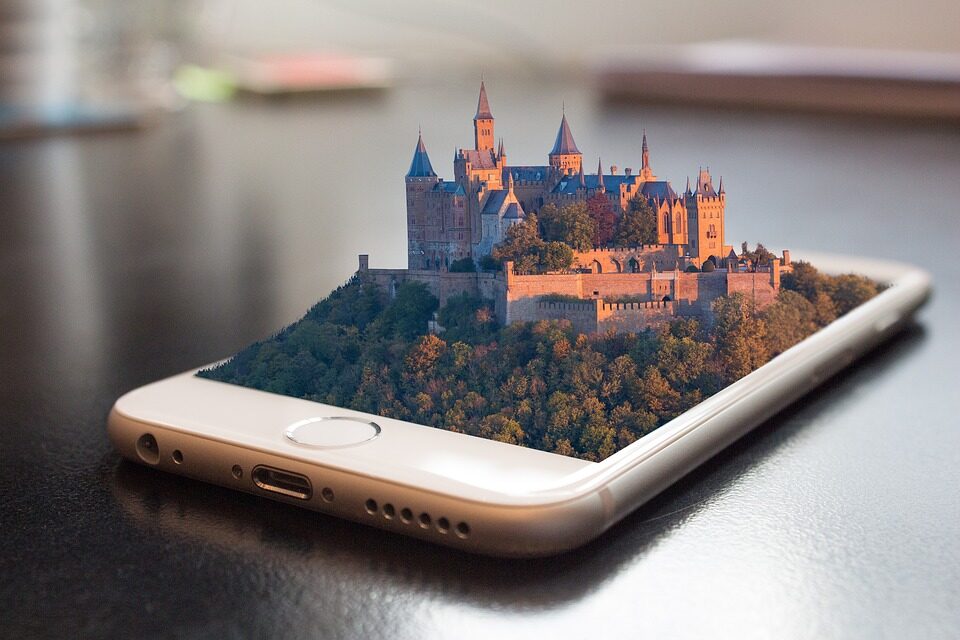 The digital age! (…) Can we turn it off? Real people want to see real people! The voices from Mount Olympus sounded so skeptical at the beginning of the millennium. Meanwhile, cultural marketing is blowing myriads of virtual cotton candy clouds into the electronic ether. Online ticket sales? It’s happening…

Digital topics have long since arrived at Germany’s performing arts scene, the heroes and heroines of the internet go onstage as dramatic characters. Whether it’s cyberbullying in Berlin’s schoolyards, “Assassinate Assange” onstage, or Hamlet’s Denmark in a modern surveillance ambiance, German-speaking cultural institutions tend to reproduce digital phenomena in analog formats and, preferably, in dystopian fashion. But is that all? What sort of virtual spaces could theatre take place in? Where are the stages that broadcast online? And how do artistic projects develop their own aura there?

Skeptics of the movement will probably agree with Walter Benjamin, who once stated that electronic reproduction potentially endangers “the aura of authenticity and uniqueness” of an artwork. This decay is based both on the concern “of the masses in today’s life” to bring things closer to each other spatially and to overcome the idea of the unique “through the recording of its reproduction.” Collective aesthetics lead to social emancipation and democratization but also bring about the danger of political appropriation, “as is evident in the rise of fascism.”

In view of the aestheticization of politics in the digital age and the suggestive use of social media in political spaces, Benjamin seems confirmed in his cultural-theoretical assumptions by the avant-garde of “copytainment” performing on the digital stages of the new right wing.

But are the opportunities of theatre and internet even about electronic reproduction? Isn’t it rather about how artists can breathe soul into machines and platforms? How could we develop a more tender relationship to the medium itself? Possibly by a more reflective approach to future projects that play with the elimination of the continuity of time and space and the dissolution of audience and actors. The challenge–and this not only holds true for the performing arts–but is also in the combination of new technology with the demands and qualities of art as a social experience and unique immersive event. We need technical and aesthetic research to expand the performing arts through the new perspectives of the digital revolution. But who will take responsibility for this pioneering work?

How much space is there for free art if the funds for research into virtual reality are mainly provided by social networking companies? Of course, artists can participate in these developments, but for the time being, they remain in the hands of convergent corporate headquarters in technological terms. The internet industry wishes for the virtual “Cirque de Soleil”–the perfect reproduction of artists, animals, and sensations for online entertainment’s sake. It is not about the uniqueness of art production, but about its mass suitability–the maximum reproduction paired with Auto-Play and a paywall. Let us not leave research into virtual space exclusively to corporations and the porn industry!

But who authorizes artists to enter into a protected mode of research that evades hasty critical assessments? Even though Berlin’s cultural policy has now given an example by introducing an innovation fund for digital culture and Germany’s Federal Cultural Foundation did set up a funding program, in the end, we are the ones who are responsible. If we perceive the arts as an essential part of a reflective system that offers opportunities for radical criticism, we must empower ourselves to give digital spaces the aura which Benjamin defined as: “the unique emergence of a distance, as close as it may be.”