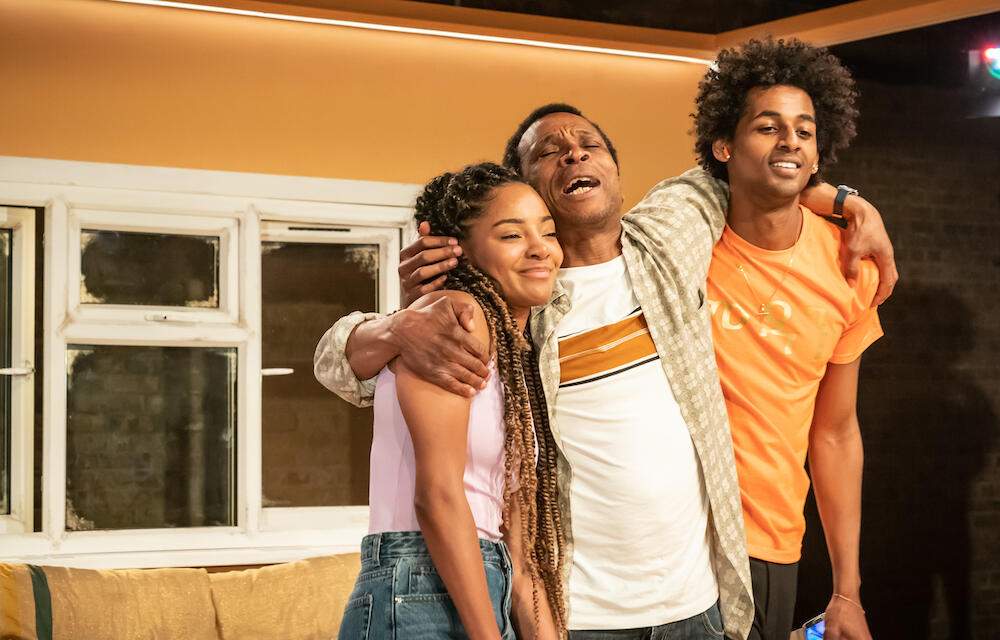 In the past, most plays by black-British writers have been about the legacy of the Windrush generation, or occasionally about migrants from west Africa, and their main theme has been exposing and countering racism. More recently, and the Bush Theatre has been at the forefront of this tendency, there has been a move away from the subject of racism. Now plays by black-British writers, and Tyrell Williams’s Red Pitch is a good example, have the confidence to coolly ignore white people and just tell stories about the black community. Ethiopian-British writer Beru Tessema’s family drama, House of Ife, is one of those stories, and marks a good start to this venue’s 50th anniversary season.

Set in a cramped Kentish Town flat during a summer heatwave, the story begins with mourning. Ife, the family’s 28-year-old first-born son, was a homeless crack addict, and is now dead. As his mother Meron struggles to organize the funeral and wake, his twin sister Aida, a talented artist, is devastated by their loss. Her two other siblings react in different ways: 23-year-old Tsion, who is training to be a teacher, is the quietest of the children, while 19-year-old Yosi, a would-be rapper who affects a “road man” swagger, is loud but emotionally evasive. When Solomon, their father, after failing to make it for the funeral, finally arrives from Ethiopia, family secrets are exposed.

Like many family reunion dramas, this one explores both the relationships of the children to each other, and the generational tensions between traditionally-minded parents and their more contemporary offspring. Tessema has fully imagined the chat of the siblings, who bicker and banter, but also clearly love each other deeply, and he shows, often humorously, how they switch from slang to more standard English when talking to their parents, who are not very impressed with street talk. By contrast, Meron’s language is dignified and controlled, while Solomon — who has abandoned his London family to live with a new and younger wife in Africa — has speeches that mix his autocratic idea of himself as the head of the clan and his religious beliefs, quoting regularly from the Bible.

With a running time of about 105 minutes, the play quickly outlines two big ideas: one is the way that family secrets are inevitably exposed, and Solomon’s desire to help his British children to come to Ethiopia and live in the house that legally belongs to them is questioned, while his behavior to Ife and Aida is revealed to be a cause of trauma and perhaps the reason for the young man’s addiction. The other big idea is the connection between twins, with Aida’s grief portrayed in all its disbelief, confusion, and pain. She reacts to the death of her twin with an obsessive desire to paint his face before he fades from memory, and she feels his presence in her body. It’s a moving portrait of intense sibling connection.

Above all, Tessema explores the different ways in which a sudden loss is experienced, and how individuals try to come to terms with it. Meron relies on traditional religious rituals while Aida tries to engage creatively with her feelings through art and Yosi writes a rap to express his feelings. By contrast, Tsion is less demonstrative, although equally affected. Both Aida and Tsion have seen what drugs did to their brother, and their grief is mingled with guilt — could they have saved him? As the youngest, Yosi has fewer memories and so he is more shocked when he hears that Solomon, the father who he desperately needs, is less than perfect.

Bush supremo Lynette Linton’s production has good energy, especially in the dance and rap sequences, with Frankie Bradshaw’s design visualizing the family home as both dusty and full of primary colors. The cast, some of whom are making their stage debuts, are uniformly excellent: Karla-Simone Spence’s stricken yet expressive Aida, Yohanna Ephrem’s calmer yet deeply engaged Tsion, and Michael Workeye’s attention-grabbing turn as the aspiring teen grime performer Yosi. As the parents, there is a good contrast between Jude Akuwudike, who brings out Solomon’s charismatic fervor, religious reasoning, and manipulative charm, and Sarah Priddy’s more cautious, more dignified, and more hurt Meron. If the play feels a bit rushed at the climax, and some issues could have been investigated more deeply, this is still an excellent piece of deeply felt new writing from a fresh new voice.

This article was originally published by Aleks Sierz on May 24, 2022, and has been reposted with permission. To read the original article, click here.