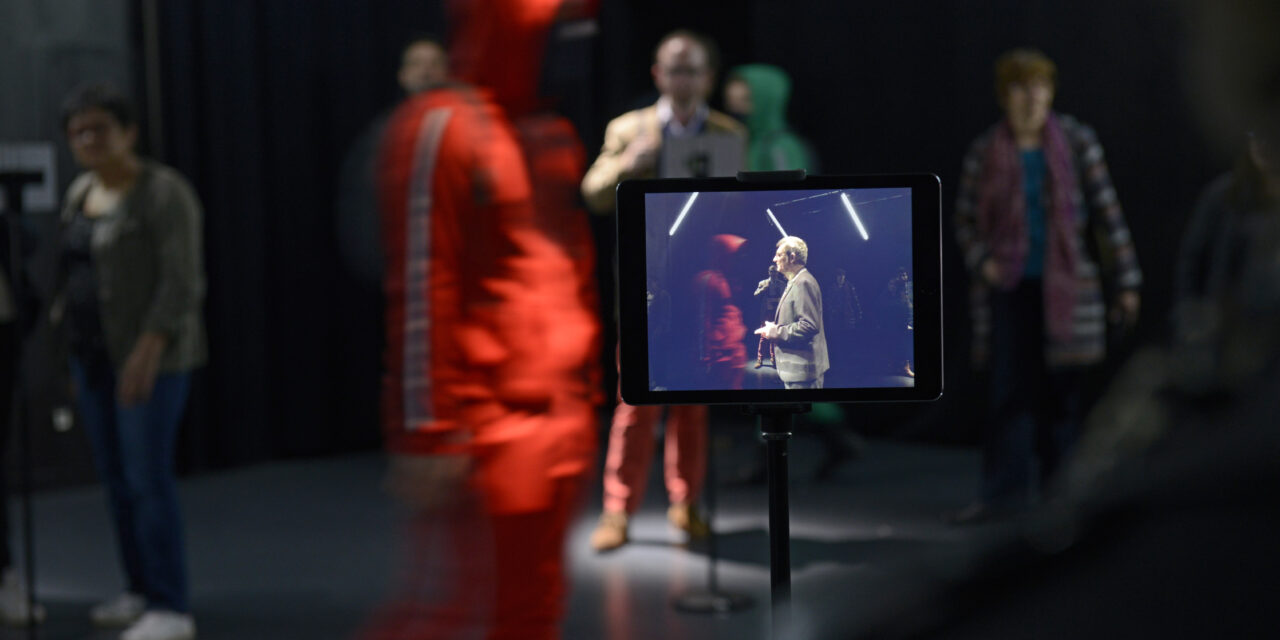 What’s the digital revolution doing to us?  A web series, a book and one of our theatre projects are exploring the issue.

How long will we actually still be human? What does the exponential growth of progress have in store for us next? Have we already begun to morph into a new species, Homo Digitalis? A new Web series so named and produced by BR, ARTE, and ORF in cooperation with Ars Electronica is searching for answers in seven episodes (English subtitles) with international experts in the field of futurology. Our cooperation partner Ars Electronica is presenting it on their blog.

The subject has been a prime concern for some time now, as we obviously can hardly keep pace with technological development. The internationally acclaimed book Homo Deus by the historian Yuval Noah Harari’s examines what might happen to the world when the old collective myths such as gods, money, equality, and freedom are coupled with new godlike technologies such as artificial intelligence and genetic engineering. “The age of the cyborg has begun”, says Yuval Noah Harari, “and the consequences cannot be known. I do find it worrying that the future of humankind is now in the hands of a very small group of entrepreneurs.” Homo Deus is a must-read and was referred to by Alexander Kerlin, author, and dramaturg at Schauspiel Dortmund, in the ETC conference “From Mythology To Technology” in Tbilisi, Georgia end of October. As humans and as theatre makers we need to think about how progress does affect us and our audiences, in artistic choices and also the way we communicate.

One of the three creative projects being developed in the European Theatre Lab: Drama goes digital tackles these universal issues on several levels. Stage Your City, a collaboration of Théatre de la Manufacture Nancy, Staatstheater Karlsruhe, and Kote Marjanishvili Theatre Tbilisi, is a cross-media theatre project combining the idea of participatory theatre with augmented reality, 360 video, games and a unique digital dramaturgy. During the OpenLab in Tbilisi, the project was developed further in several intense work meetings including a set up of the opening installation where the participants played around with VR.

The story is set in a fairy tale future dystopia which is dominated by artificial intelligence, a supercomputer called Zigmagora. It is a perfectly organized, yet cold and inhuman world. In the theatre, the audience does meet some messengers from this future world that is about to collapse as there is nothing left that even Zigmagora would consider live worthy. To prevent this collapse, the audience is asked to go on a walk through their cities and collect and choose traces of humanity that shall be transferred to the future – and change it.

How does this work? The audience is asked to download an app on their smartphone once they buy a ticket. Equipped with headphones they follow the texts and games on the app,  take photos, videos, texts, audio files, answer yes-no questions and solve dilemmas on crucial social issues. What do they want to preserve for the future? What are the most important values and needs for humanity that we do not want to lose? How should our future society look like? It is a race against time: the dystopian world that has asked them for help is about to collapse, they have to make quick choices while running through the city. Evolution is driving us into a state of emergency. There is not the time for irresoluteness.

What is progress? Are we aware of the speed of the development and its consequences? Are we still the masters of technology or is our live already run by algorithms? How far can we go and still stay human? Technology in itself is neither good nor bad. It is up to us how we use it and what we are willing to sacrifice for progress. While using the latest digital technology, the theatre project Stage Your City wants to give a wake-up call, raise a social discourse and call for action.

Stage Your City is a unique approach to work with digital media in theatre, and also as an international co-production with three countries.  A completely new digital dramaturgy is being developed, including an AR-installation by media artist Chris Ziegler as a starting point and introduction to the story. There is no classical play, not even a text base. The meta-story about a future dystopia that is run by a super-intelligent computer has been developed by Michel Didym and Bruno Cohen from Nancy. It serves as a frame for several texts written by authors from the three participating countries. The app that guides the audience to the city and provides games for the collection of footage and choice is developed by our partners in Georgia. More artistic input comes in from adjoint artists in Karlsruhe, partly based at ZKM Center for Art and Media. The team is working in unusual constellations all over Europe, with a technology that most theatre-makers are not used, and developing a project from scratch. Managing the artistic process is a new and challenging process, but it might become an example for future collaborations on an international level, reaching out for new audiences.

Stage Your City will premiere on 12 April in Nancy, France, opening the RING FESTIVAL.

This article originally appeared in European Theatre Lab on November 16th, 2017 and has been reposted with permission. 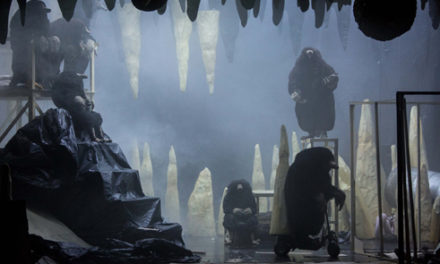 Experimental Arrangement In The “In Between”