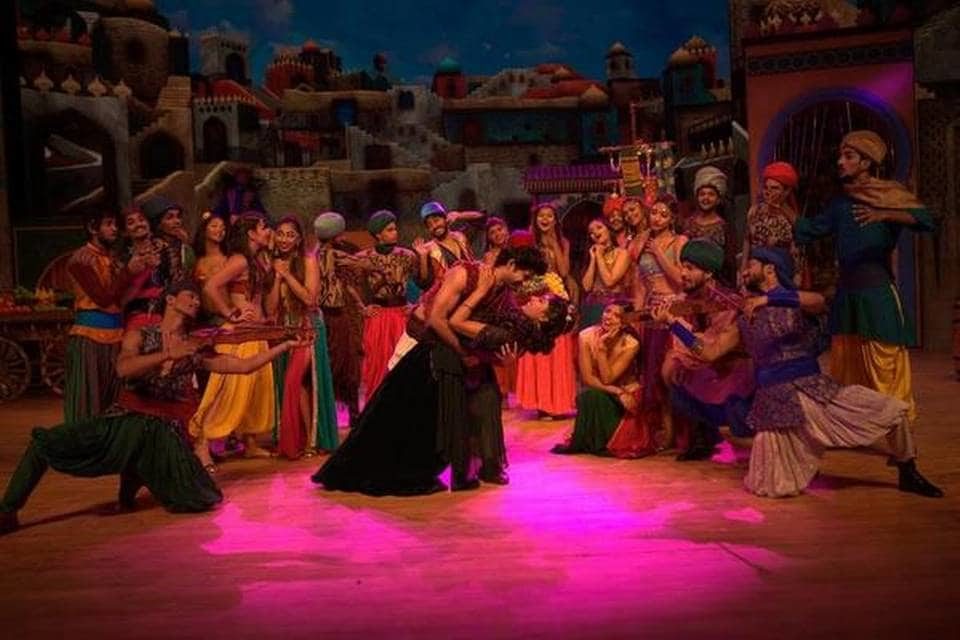 Disney on Stage performance of Alladin. Photo from original article.

If broadsheets and banners are to be taken into account, this has been another fertile year for Indian musical spectaculars that have, for all appearances, packed them in with ticket rates that might rival those on the West End. On the heels of 2015’s Beauty And The Beast, Disney brought us an all-Indian production of Aladdin, directed by Shruti Sharma, that stays true to the international franchise in letter and spirit, with some departures—a Hindi-speaking Genie, for instance. And if in 2016, Feroz Abbas Khan’s Mughal-e-Azam proved that the Bollywood extravaganza could translate well on to a stage, Ashwin Gidwani has offered up Saif Hyder Hasan’s Devdas as yet another proof of the concept. Not to be undone, Aadyam ended their season with the Nadir Khan’s Sing India Sing, written by Rahul DaCunha and Bugs Bhargava Krishna and billed as “India’s first original musical production.”

In the experimental and regional theatre circuit, musical theatre with roots in Hindustani music has, of course, been thriving, but the aforementioned productions are those created in the style and scale of popular Broadway musicals—something Zangoora might have hoped to usher in almost eight years ago.

If Alyque Padamsee’s tribute event at the Jamshed Bhabha Theatre was any indication, the Indian flirtation with the Western musical began eons ago, and Padamsee had mounted Jesus Christ Superstar in the 1970s with considerable aplomb. To this day, and changing box-office receipts and audience tastes (and pockets) have to be taken into account, it is a genre that is still trying to garner a steady foothold on the precarious theatre landscape, where revenues often never quite match the outlay.

This year has been a mixed bag of offerings. Khan’s play suffers from execution falling woefully short of ambition. On paper, it’s an ecstatic ride into the inner workings of a nationwide reality music contest, but its optics are problematic to the point of exasperation. Two of four finalists in the ‘show within the play’ are female (which is great for representation) but both have been catapulted into pole position by illicit affiliations with male producers in positions of power (not so good). This isn’t subversive, but as a reinforcement of female stereotypes that are particularly glaring in the #MeToo era. Kamakshi Rai’s spirited ‘rags to riches’ Gully Girl act is thus nipped at the bud.

Sing India Sing attempts a hybridization of form, with video montages of interviews and backstage footage interspersed with the contest itself. This doesn’t adequately bring about the anticipation and drama of reality television. Involving the audience in the final vote through voting devices, and a chorus of all-singing-all-dancing ‘hashtags’ in keeping with millennial tastes, seem like gimmicks that overstay their welcome. Left in the wake are the glitzy musical numbers, professionally delivered by the earnest ensemble, which cannot string together a wafer-thin narrative.

On its part, Devdas seems afflicted by the “Curse of the LED Backdrop.” When aesthetics seem to be in place, as in Chandramukhi’s boudoir with its tastefully vintage fittings and period flavor, the digital visuals add calendar art garishness. In a temple scene, there are scores of disorienting swaying bells; and in the gardens, almost every flower imaginable. The play itself is performed in the melodramatic style that might work on the big screen, but on theatre comes across as lacking nuance and depth. For a so-called musical there is also very little live singing. Proscenium musicals like Sangeet Devbabhali and Mughal-e-Azam make it a point to remind audiences that every note is sung live—Devdasis happy to import the Bollywood convention of lip-syncing to a pre-recorded soundtrack, to the production’s detriment. Hasan’s version makes it difficult to understand what makes this particular tale of lost love and a romantic decrepitude so timeless.

Aladdin, of course, benefits from the tried-and-tested and compares favorably with the more homegrown endeavors. The production numbers are giddy and energetic, and the visual design lends itself to dynamic set changes, and there is certainly a commitment to the rustic grandeur of Agrabah. The performances by the ensemble are irregular and the singing passable, ultimately placing the production on the shoulders of Aladdin (Siddharth Menon) and his sidekicks (performed by a trio in excellent form) and the Genie (Hitesh Malukani). Always a livewire, Menon’s turn is a little strained—all the careful enunciations are a clear constraint—while Malukani builds on the work of Mantra Mugdh and Dhruv Lohumi to bring us a Genie that is identifiable and accessible. It is not a production without its longueurs, but in the end, everything sticks.

This article was originally posted on The Hindu on December 26, 2018, and has been reposted with permission. 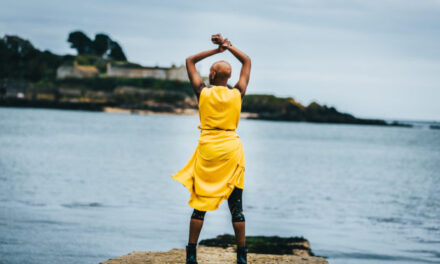