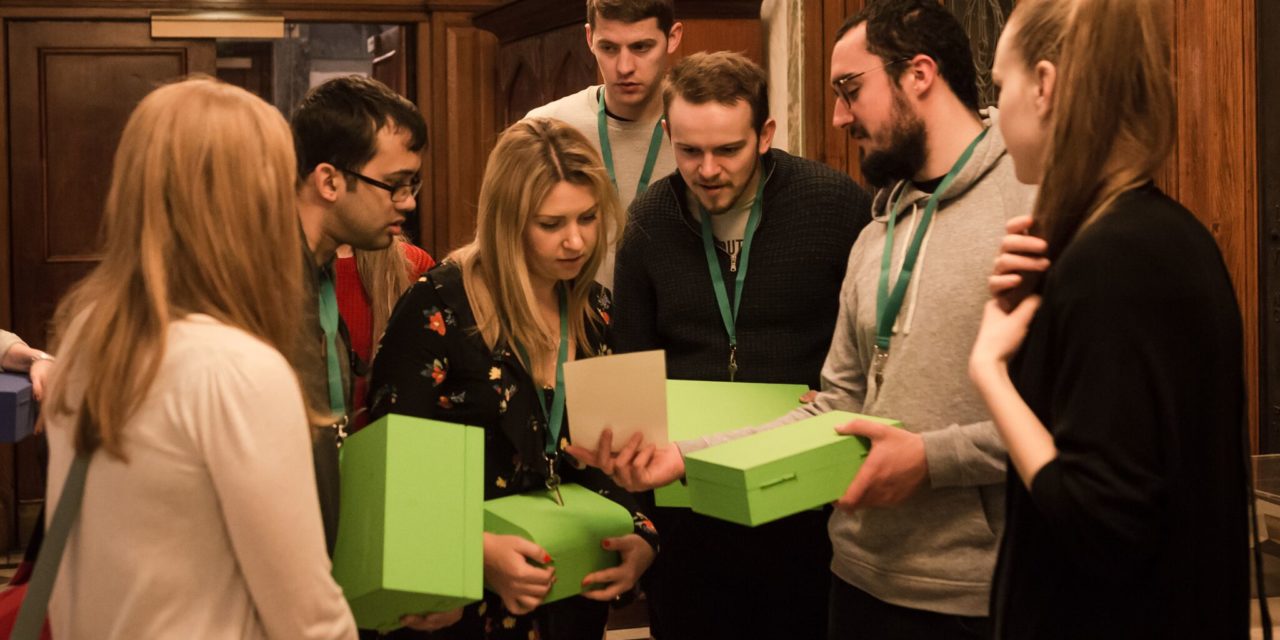 The Grift. Photo by Scott Rylander.

Theatre as a concept is related to the idea of “play.” After all, scripts are plays and actors play roles. However, it is not often that these words are dissected to reach the idea of “game.” This is why, when arriving at the charming Town Hall Hotel for the site-specific, immersive, interactive production of The Grift, it was surprising to hear the hotel staff commend the play as a “very fun game.” Soon enough, the 50 audience members were given color bracelets that would divide them into different “teams.” This game-like audience division is not unheard of in immersive shows (for instance, in Alice’s Adventures Underground, audiences were sorted according to different card suits). Once the play started, each team was given a set of boxes and a sheet with instructions. It was unavoidable to think of an Escape Room experience.

Escape Room games have become incredibly popular in the last couple of years. Every major city has experienced a rapid growth of this kind of business:  New York, Madrid, Moscow, London. According to the Financial Times, there are more than 150 escape rooms in the UK with a yearly revenue around £10m. They attract business parties, birthday celebrations, ‘hen dos.’ They attract young audiences in a way that most countries’ theatre industries can only dream. And yet, these games’ settings are nothing but theatrical.

Most Escape Room games employ all of the tools developed for theatre. Their scenarios feature a detailed and dynamic set and technical design that could be that of a small immersive production. The experience is framed by a story that gives context to the puzzles the team has to solve. There are a script and time pressure. And some of them even feature actors, if only to host the game and give out clues. So why are they not considered theatre? What is the essential quality that differentiates them from dramatic art?

Or, going back to the topic of this article: how is The Grift a theatre play instead of an Escape Room-like game? 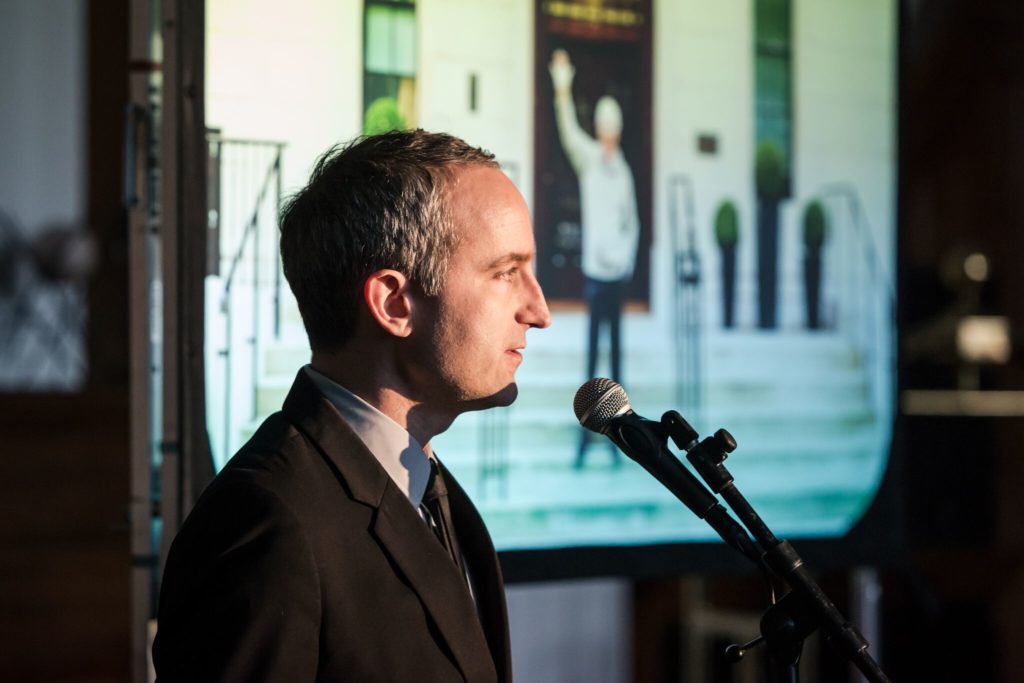 The Grift. Photo by Scott Rylander.

The show begins with a presentation by an actor that, aided by a keynote projection, tells the story of Ben, a man who lived in the hotel all his life and mastered the art of cons. After his death, he has planned a large con against an evil man (although not much information is given about why this man deserves to be punished) and he has recruited the audience members to help him. During the experience, each team explores the hotel, meeting the descendants of the members of staff that brought Ben up. Each character poses a puzzle to the team that has to be solved in a timely manner and then teaches them a small con technique. All these little actions culminate in a grand finale scene where all the teams convene for the large con.

Looking at this description, and comparing it to the model for Escape Room games and Immersive Interactive Plays might clarify where the diving line between the two lies. Both games and plays feature an overarching story for the experience, as well as characters and dramatized scenes. Therefore, that cannot be the differentiating factor. Immersive shows also tend to involve some of the game site-specific exploration–the only difference between the McKittrick Hotel and the Town Hall hotel (other than the show’s atmosphere and scale) is that the Town Hall hotel is an actually functioning hotel. Similarly, there is nothing which could preclude puzzles from appearing in an interactive show, since the audience should be allowed to operate in the created world, as long as they are part of the dramatic action.

All essential elements can exist both in a play and a game without setting the two genres apart. What does render a different experience is how the action is moved forward, that is, the source of the dramatic tension. In an Escape Room game, like in any game (think of MMORPGs) the action is moved forward by the puzzle-solving. It doesn’t really matter if the game takes place in a Russian nuclear facility or in an abandoned laboratory. The focus of the experience, what creates the tension that engages the participants, is the game. The story is just the background context. On the other hand, in a theatre play, the dramatic tension arises from the story, even if the story has a non-traditional structure like in Sleep No More. The participants get immersed in the world not through the engagement with games, but through living the given circumstances created for the story. While it might seem a subtle difference posed in theoretical terms, it lies at the core of the event, and how it can affect people’s subconscious.

So what was The Grift? Game or play? As you stroll down hotel corridors, up and down stairs, you are indeed immersed in a particular world and taken by the child-like bliss of exploring a hotel trying to uncover its secrets. The story does give a context to your actions, but in the end, you follow instructions hoping to discover more about the hotel, the art of conning and the characters you will encounter. Solving the games becomes a fun challenge to overcome as a team, but not really the reason why you keep engaging. However, without that component, the story would not be enough source of tension. The Grift announced as “part theatre and part game,” it is honest about its hybrid nature. And maybe through this gender-bending experience, theatre smartly takes advantages of the hunger Escape Room games have evoked in young audiences.

The Grift will play at the Town Hall Hotel in Bethnal Green until March 25th, 2018. 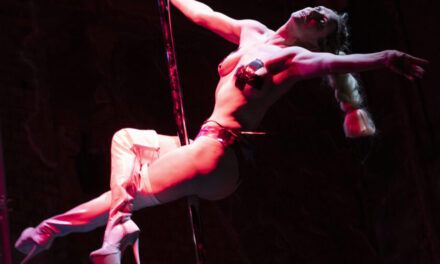