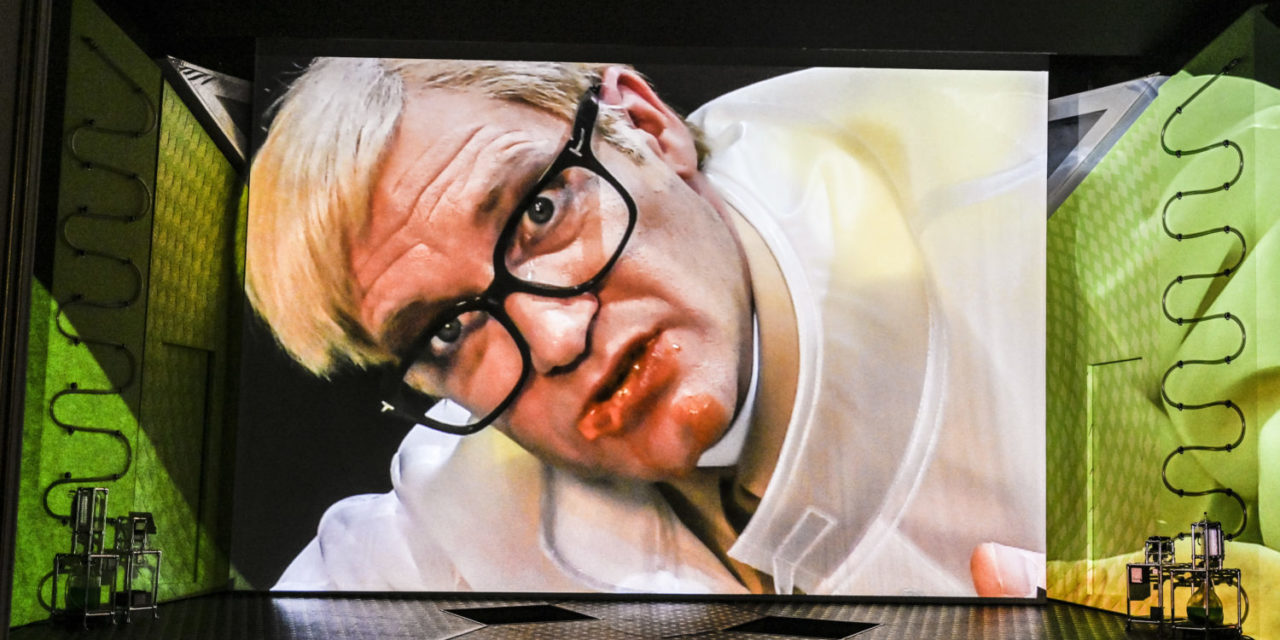 A futuristic freezing laboratory where naked human avatars hang for research purposes. Doctor Frankenstein has occupied the laboratory and taken the patients hostage. Has he found a likely place to piece a creature together? Two centuries after Mary Shelley wrote the story of Dr. Frankenstein and his nameless creature, the Schauspielhaus Zürich commemorate the novel with a stage adaptation of Frankenstein written by science fiction author Dietmar Dath. The compelling images by the director, Stefan Pucher is of ominous and spectral poetry.

In January 1818, the novel Frankenstein or The Modern Prometheus, was published anonymously in London. Inspired by a lightning bolt, the 19-year-old author approached the scientific upheaval of that era laced with conflicts that radiate to the present day: the inexorable conviction in scientific progress, the alienation between man and his creations, and the overcoming of death.

Dietmar Dath and director Stefan Pucher have a visually gripping interpretation of the Frankenstein story in the context of today’s development of artificial life and consciousness. Victor Frankenstein arbitrarily shifts the line between life and death by assembling a new creature from body parts and bringing it to life with a surge of current. He wants to “shed light on the dark world,” create a good companion for man, outwit mortality. The creature ought to learn, read, even love but the result is fatal as this experiment fails and it becomes a threat to its creator. Frankenstein can neither escape his creature nor protect himself from its demands as the creature actually learns at lightning speed. It wants to be loved and demands a female counterpart. It reacts maliciously to the rejection of its person and its desires and commits a series of murder. Frankenstein’s brother, his bride, his best friend, his father, all come finally by the monster’s violence. Much too late Victor Frankenstein goes hunting and pursues his creature to the North Pole–where it disappears in the icy night.

Shelley’s portrayal of a scientific undertaking that gets out of control is a trajectory towards our time with the colossal speed of research and creation of Artificial Intelligence, interlaced with ethical, moral, and economic questions. 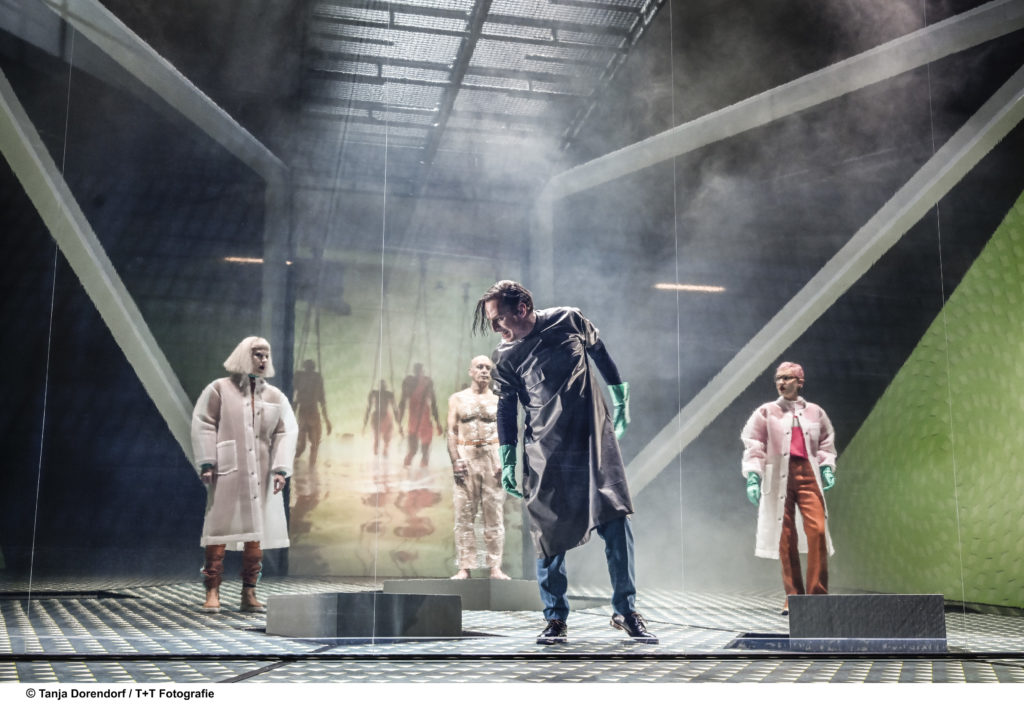 A scene from the Frankenstein production of the Schauspielhaus Zürich. Photos (Tanja Dorendorf)

Along with general consensus about the origins of science fiction as a literary genre, Dath also acknowledges Frankenstein as the founding text of science fiction literature. In a conversation with Dramaturg Andreas Karlaganis, he maintains that Shelley invented the modern fantasy:

“In the preface to the revised edition of 1831, Shelley explains that there’s neither a Ghost story yet another is a fairy tale. Today people talk about three genres in the modern Fantasy: Science Fiction, Fantasy and supernatural horror. When Shelley says it’s not a supernatural horror (no ghost story) and it’s not a fantasy (no fairy tale), it’s science fiction.”

Dath does not want to tell an Artificial Intelligence story in which the creature or the robot doesn’t ask: “Who am I? What do you want you from me? Did you make me?”

Dath’s Frankenstein is about the ambiguity of the emancipatory relationship between science and technology in relation to Social life “If we build solar panels, that doesn’t mean that we rule the sun, but we’re doing an exchange of energy forms.” The piece describes technology as a means of communication for exchange and not as a pure instrument of domination over nature.

Here, the metaphor of the “Frankenstein” is radically channeled. Dath’s interpretation draws on much of what has been invented in recent decades into artificial intelligence and artificial life, merging into a hybrid. 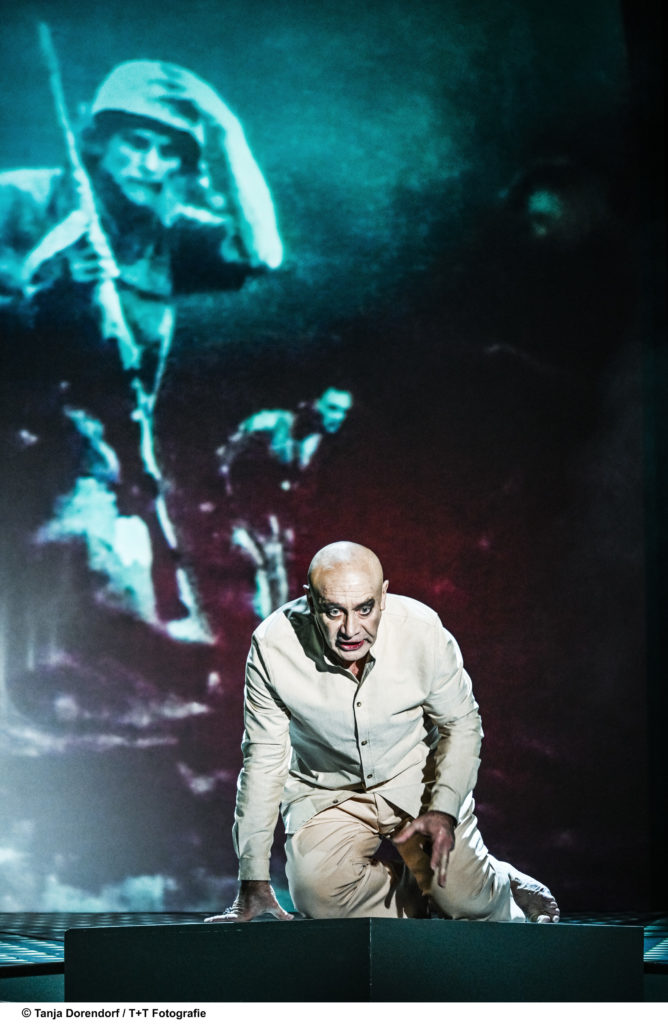 *Excerpts of Dietmar Dath’s conversation with Dramaturg Andreas Karlaganis on Mary Shelley’s Frankenstein originally published in the Schauspielhaus-Journal January 2019  in German, have been translated by the author. 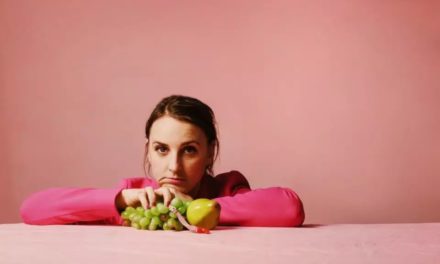