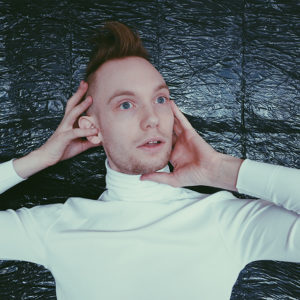 Fool Muun Komming! is a hilarious, beautiful, sensual, absurdist masterpiece of comedy, drama, and physical theatre and movement bound to leave you stunned.

The premise of Fool Muun Komming is, well, not simple, but it can be boiled down to a few key moments and ideas. The main character is a flamboyant, fabulous alien. The title character is an asteroid. The play opens with triumphant music blaring on the blackened stage.

A single light turns on, shining upon a silvery bag. As the audience is pondering what this bag is—a spaceship, perhaps, or a sleeping pod—it slowly turns around, revealing the alien’s face. He tears his way out of the bag like a chick hatching out of its egg, all splendor and glory, music blasting. When the bag falls away, the alien stands before us, tall and proud, in a white turtleneck, long johns, and red gym shorts. The alien tentatively says hello; the audience says hello back. The alien is delighted, titillated even, at our greeting. And that’s not even the first five minutes of Fool Muun Komming, a Fringe show of the highest order.

To walk you through the rest of Fool Muun Komming would be pointless and far too long since you can’t take any shortcuts and still describe this show. It’s a heady mixture of comedy and drama, and it pulls no punches with either. Fool Muun Komming can make you laugh so much it hurts, and then have you on the edge of your seat, craning to experience every word of some of the most beautiful drama at the festival. Kruger can be a poet when he wants to, and a lewd comedian when he feels like doing that.

Most of the play takes the form of the alien sharing his fantasies and hallucinations with the audience. Kruger’s alien exudes genuine affection for humanity. His fantasies are some of the wildest, most surreal stories at Fringe. The dream sequence alone might be the greatest performance at Fringe. The story is absolutely insane, but so is Kruger’s delivery, a first-rate piece of physical theatre and movement. David Bowie and Mahatma Gandhi making out on the dance floor of Studio 54 is not even the highlight. Nor is Kruger’s bird squawks and calls as he flies into the sky after having met President Oprah Winfrey. Arguably, the dream sequence reaches its climax when he falls to his knees, Ave Maria blaring, the spotlight on him, and Kruger passionately, almost in ecstasy, telling the story of a doomed Italian romance, using his fingers as characters and his face as the setting. That part alone, though only lasting a few minutes, contains more passion than most other entire Fringe shows.

While the story is so absurd it will leave you crying in laughter, the technical elements of the show put it on top. Every lighting and sound cue is incredibly tight. The show makes excellent use of sound, not just music but smaller effects that bolster Kruger’s miming. That miming is the other standout part of the performance. The show is as much masterful physical theatre as funny jokes or impassioned bursts of poetry. Kruger demonstrates a control over his body and his movements not seen in any other show.

Fool Muun Komming is one of the best shows at Ottawa Fringe. It’s beautiful, hilarious, sensual, incredibly well-acted, and perfectly in tune with light and music cues. It’s bound to be one of the shows that everyone will be talking about. 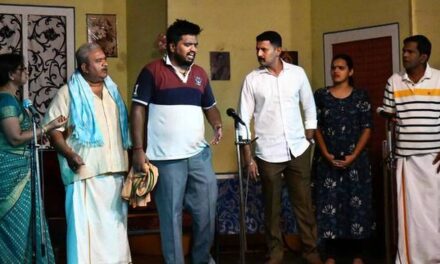 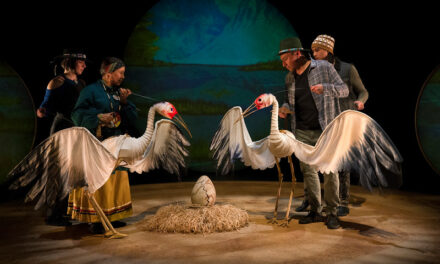