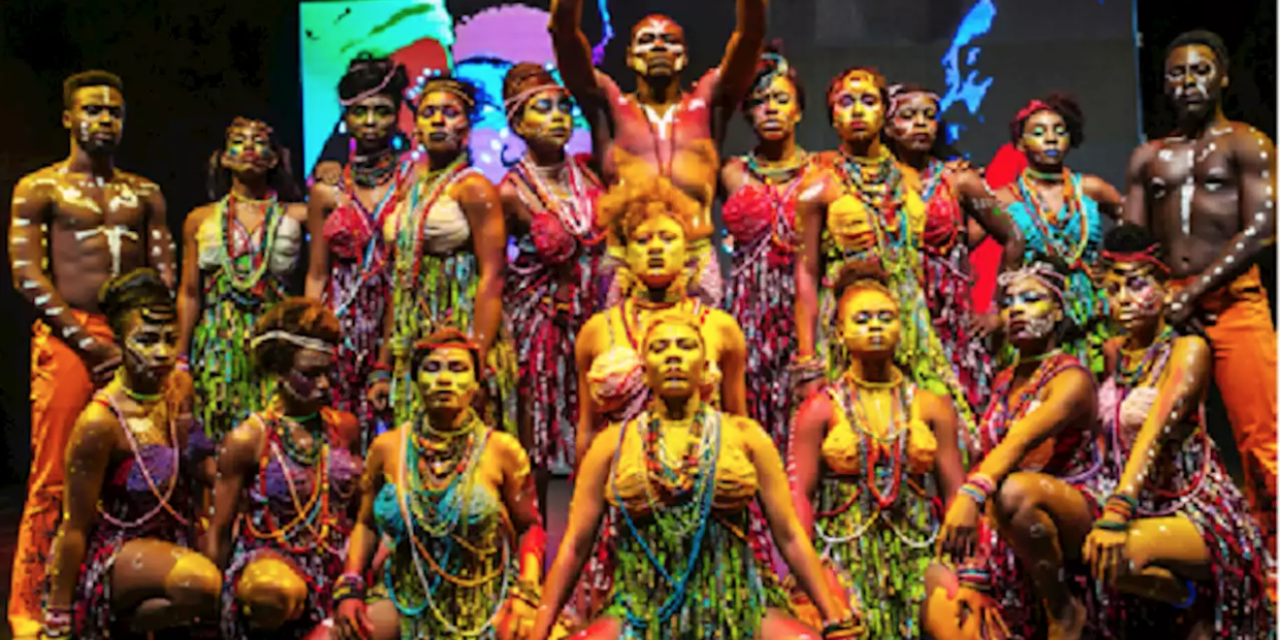 African musical theatre seems to be growing by leaps and bounds. In the last couple of years, African directors have exhibited a keen interest in the genre. Nigeria’s Bolanle Austin-Peters with her Bolanle Austin-Peters productions (BAP) has, for instance, dedicated her theatrical practice to producing stunning musicals at her theatre, the Terra Kulture Arena since 2013.

Fela and the Kalakuta Queens is perhaps Bolanle’s most popular musical. After successful performances in Lagos, Abuja, and Cairo, the musical was played to enthusiastic audiences in Pretoria from March 27 to April 7, 2019, at the South African State Theatre (SAST). On 7th September this year, SAST produced Fela and the Kalakuta Queens to live streaming audiences on their YouTube channel.

The musical is based on the fascinating, if rather intriguing, life and times of the late Nigerian political activist and musical maestro, Fela Anikulapo Kuti (1938-1997). He was such a rare multi-talent that bore grandiose composition, instrumentation, and performance on the world musical scene. Fela Kuti, arguably the founder of Afro-beat, was also a conscious artist, on and off stage, using his music to critique social and political evils. In one song, “Beast of No Nation,” Fela lampoons then head of state and Nigeria’s current President Muhammadu Buhari’s authoritarian leadership. He thus drew local and international reputation. But beyond the iconic stature, he was also known for controversy such as his marriage to 27 wives, all joined in one ceremony in 1978. It is this marriage to his “queens” at what he called the Kalakuta Republic, and his politically-hunted, troubled life, that offers inspiration for Fela and the Kalakuta Queens.

To say “inspiration” is an understatement. The musical goes out of its way to recreate the glamor of the Kalakuta establishment–their sparkling performances, casting a theatrical torch on the oft-troubled, off-stage lives of the queens-cum-dancers and the man they loved. Music gives way to dialogue and dialogue to music, often without warning. The repository of Fela’s well-known songs such as “Yellow Fever,” “Shakara,” “Lady” and unfamiliar contemporary grooves, matched with inventive choreography and splendid percussion, is exhilarating. The lighting, sound, and costumes are superbly-crafted, capturing every mood, exuding a wholly aesthetic feel of the musical.

Those who are schooled in the biography of the fallen musician would find the story quite predictable: police raids, ransacking of Fela’s house, rape of his queens, and their awkward fights over whose turn is to go to Fela’s bed. The casting is apt though. Laitan Adeniji who plays the principal role takes after Fela in speech, dress, and stature. In him, Fela’s signature pants, cigarette, and bare chest come to life, again.

Whereas the characters are mere clones, Malaika (Olabamike Olawunmi), Funmilayo (Inna Erizia), and Jibike (Titilayo Itiku) stand out. The scene in which Funmilayo hides Jibike’s bathing soap when it is her turn to see Fela, and the scene in which the queens gang up against Malaika, “an outsider” who comes to steal their man, are performed with stage brilliance. The actors observe the beats, bringing out the humor in the script. When Malaika asks Adejo if she too would not protect her, Funmilayo asks Malaika: “Does she look like a condom?” When Fela is arrested the first time for illegal possession of marijuana, he swallows it. On return, his wives wonder how come police released him, but his rejoinder is that he “refused to shit” and that way denied police evidence of his taking marijuana.

Beaten but not broken, censored but not daunted, Fela as presented in Fela and the Kalakuta Queens is phenomenal; the play is a trajectory of a man that spoke truth to power, and the women who held love above male chauvinism and social prejudice. It is a disturbing story of a persecuted activist and one that may stir tears in the emotion-wells of those who witnessed Fela’s tribulations with the state, but Bolanle tells it with complete abandon, charm, and rich humor.

“Fela and the Kalakuta Queen “composed by Kehinde Oretimehin and directed by Bolanle Austen-Peters is available for live streaming from 7 – 30 September on their YouTube channel.

This article was originally posted on theafricantheatermagazine.com on September 26, 2020, and has been reposted with permission. To read the original article, click here.