“Don’s Party” at 50: An Achingly Real Portrayal of The Hapless Australian Middle-Class Voter 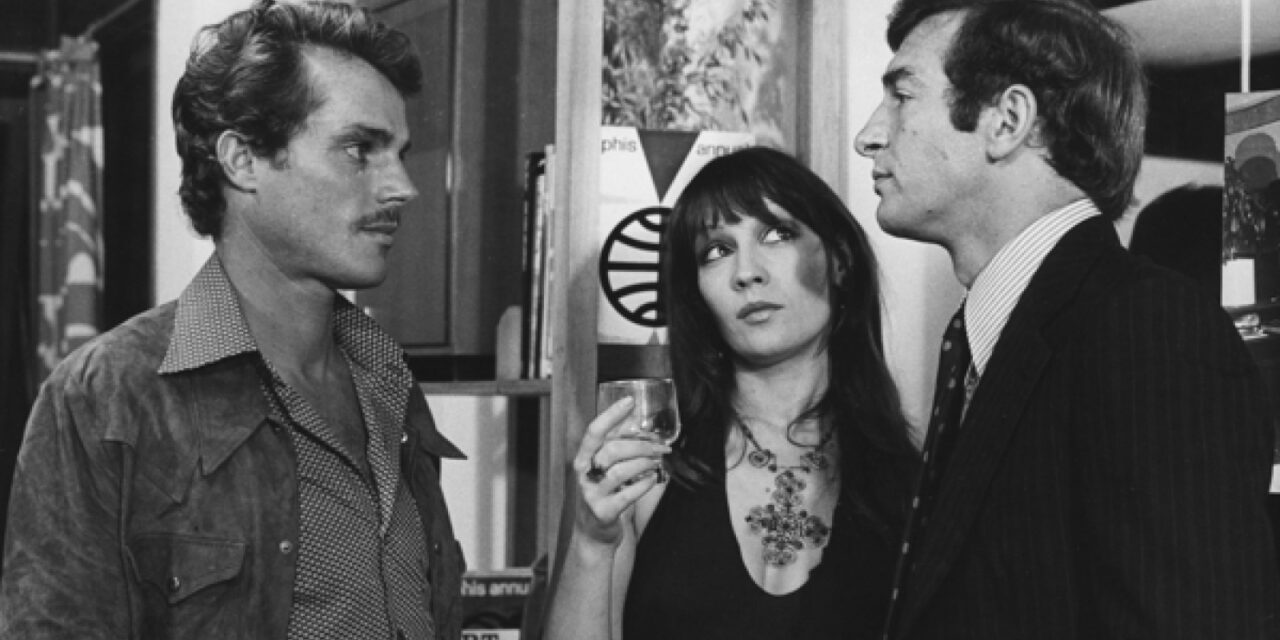 Established four years earlier in 1967, the group would nurture some of the most passionate Australian voices of a generation, including Max Gillies, John Romeril, Kerry Walker, Geoffrey Milne, and Jenny Kemp.

Until this point, there was very little original Australian theatre. With the exception of Ray Lawler’s Summer of the Seventeenth Doll (1955), Australian stages were dominated by scripts imported from the UK and America.

This new generation was interested in creating a muscular, fiercely nationalistic form of theatre preoccupied with “staging the nation.”

Hot off the back of The Removalists at La Mama, Don’s Party was the fifth play by the young, engineering-student-turned playwright David Williamson.

Williamson’s hallmark satiric naturalism sat outside the collective’s experimental and confrontational aesthetic, and there was some early resistance to programming the play.

But the explosive zeitgeist energy of Don’s Party and — as described by Graeme Blundell, who played Simon — the “gasp of recognition” from audiences couldn’t be ignored.

A Forensic Look at Australia

Don’s Party is a slice-of-life satire, set at an Australian barbeque hosted by 30-something couple Don and Kath on election night, 1969. When the opposition Labour Party takes an early lead, all the couples at the party are elated — except for the “ring-ins,” Liberal voting couple Simon and Jody.

As the election win slides away, the evening slowly descends into despair.

The long, beery night with guests milling in front of the television and wandering in and out of the lounge room, is laced with the unfinished sexual encounters, fist fights, and drunken accusations that fuel the plot.

Williamson’s forensic characterisation nailed the social construction of party affiliation at the end of the 1960s. A new generation of left wing, middle class voters were challenging the puritanical and conservative culture of Australian politics. Williamson and many of his collaborators were born just at the beginning of what would become known as the Baby Boomers, and the play captured the fears and dreams of their audience.

It’s not all politics. The comedy also comes from the permissive wife-swapping social milieu of the Australian middle classes in the late 1960s. Free love, swearing that would make your ears hurt, and detailed discussion of excretion were the hallmarks of the swinging Australian suburban sophisticate.

(In 2005, Williamson observed this period of wife-swapping only lasted a few years, finishing “as soon as women realized that this was as oppressive as what had proceeded it.”)

The play’s reception was electric. In a few short years it would go on productions at Jane Street Theatre in Sydney (1972); in the newly created Melbourne Theatre Company (1973); and the Royal Court in London (1976), cementing Williamson’s international critical reputation.

Don’s Party signaled Williamson’s future as our most prolific playwright and king of the Australian middle-class mainstream drama.

The Brutality of Film

The real imprint of the play on Australian culture came from its adaptation into film in 1976 by director Bruce Beresford and producer Philip Adams, the pioneers of 1970s ocker Ozploitation films.

Although Williamson wrote the screen adaptation, the film has a much more brutal tone. In a documentary, actor Susan Binney — who played “nymphette” university student Susan — says she still “shudders” when she recalls the filming of the pool scene, where she was forcibly undressed and thrown into the pool by Don, Mal, Mack, and Cooley.

Binney wasn’t warned she would be thrown into the pool during rehearsals, as the sexist machismo of the story bled over into real life.

Williamson has also shared his disquiet about that scene and some of the other additions to the film that brought the off-stage bedroom of the original play into graphic cinematic world.

Yet this bleed of 1970s ocker film genre into the more nuanced, gendered satire of Williamson’s script gave Don’s Party its enduring cultural impact. In its 50 years, the play has seen multiple remounts, a 2011 sequel Don Parties On (where the same friends gather on the night of the 2008 federal election) and pop culture tributes.

A Capsule of Australian theatre — and Australia

This year, the film was released on Netflix and Amazon Prime. A rewatch proves how fresh the work still is as a time capsule of the Boomer generation preparing to bring Australia into a globalized world, and a reminder of the often futile experience of the hapless Labour voter in barracking for what, in electoral terms, has been a long-term losing team.

Indeed, when I contemplate drinking my moderately-priced chardonnay on what is likely to be another sweaty election night eve sometime across the next eight months, I am haunted by the fear of enduring another Don’s Party.

This article was originally published by The Conversation on August 9, 2021, and has been republished with permission. To see the original article, click here. 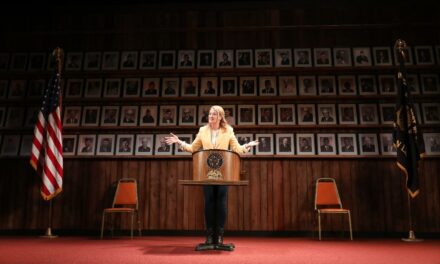 Theatre Of The Real And Embracing The Politics Of The Current Moment: Heidi Schreck’s “What The Constitution Means To Me”