Culture and Art: The Launching of Lebanon International Theatre Festival Under the Slogan “Art for Change” 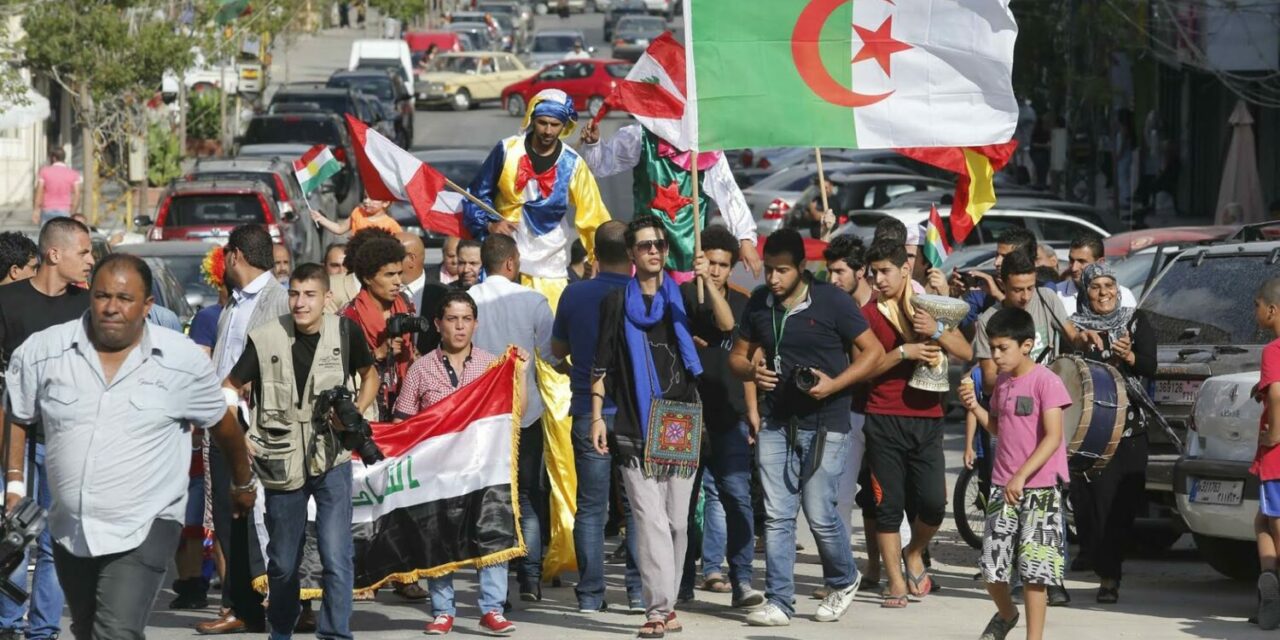 Istanbouli Theater and the Tiro Association for Arts announced the program of the second version of the Lebanese International Theater Festival (Tiro International Art Festival) from the 7th to the 10th of December under the slogan Art for Change at the Lebanese National Theater in the city of Tyre. The festival offers theatrical, cinematic and musical performances from different countries in order to enrich cultural and artistic exchange. All the shows are free to the public with the participation of twelve Arab and foreign countries. The opening of the festival will be on December 7th and will have a street carnival for Alissar Youth Troup, Siraj al-Odeh and Yafa Troups, the screening of Return to Sao Paulo by the Brazilian director Yugo Hattori, the play Amoud Faqri, What I Remember In by the Palestinian-American dancer and designer Laila Awadallah, a political improvisation of a Laban band from Lebanon, and a musical performance by Noon. December 8 will feature the film This is My Night by the Egyptian director Youssef Nouman, Growing by Jordanian director Tareq Rimawi, a musical screening by Mohamed Rizkallah and Ashraf Saleh from Libya, a street performance by Streets Art from Morocco, a Playback Theater by a Laban group From Lebanon, and the theater play Respirator Filter by the Iraqi actor and director, Mustafa Hilali.

On December 9 there will be a screening of the films What’s Your Name? by the Lebanese director Nour Al-Mojbar, and Surprise by the Jordanian director, Tareq Rimawi, and theater plays Shakespeare in the Parliament performed by the Iraqi, Miqdad al-Miqdadi, a musical play by Daniel Bilaban from Lebanon, and Insecurity by Milda Sokolovaite from Lithuania. The festival will end on December 10 with a screening of the film Burqa City by the French director Fabries Bark and Missing by the Jordanian director Tarek Rimawi. The theaters will play Shi Tak Tak Shi Tia by the Tiro Association Theater Group, and a theater performance by Al Jeser Al Ahmar from Lebanon.

The theatrical performances in the official competition of the festival will compete for the Best Actor, Best Actress, Best Director, Best Scenography, Best Script, Best Play, and Special Jury Mention.

Tiro Association for Arts is working to open cultural platforms in Lebanon, starting from the Cinema Hamra in Tyre, the Cinema Stars in Nabatieh and the Cinema Rivoli, which became the Lebanese National Theater and the first free theater and cinema in Lebanon. It is a free independent cultural platform that witnesses the establishment of theatrical, film and musical festivals and training workshops.