A Conversation With Anne Bogart: “I’m Absolutely Certain That Certainty Is Bad” 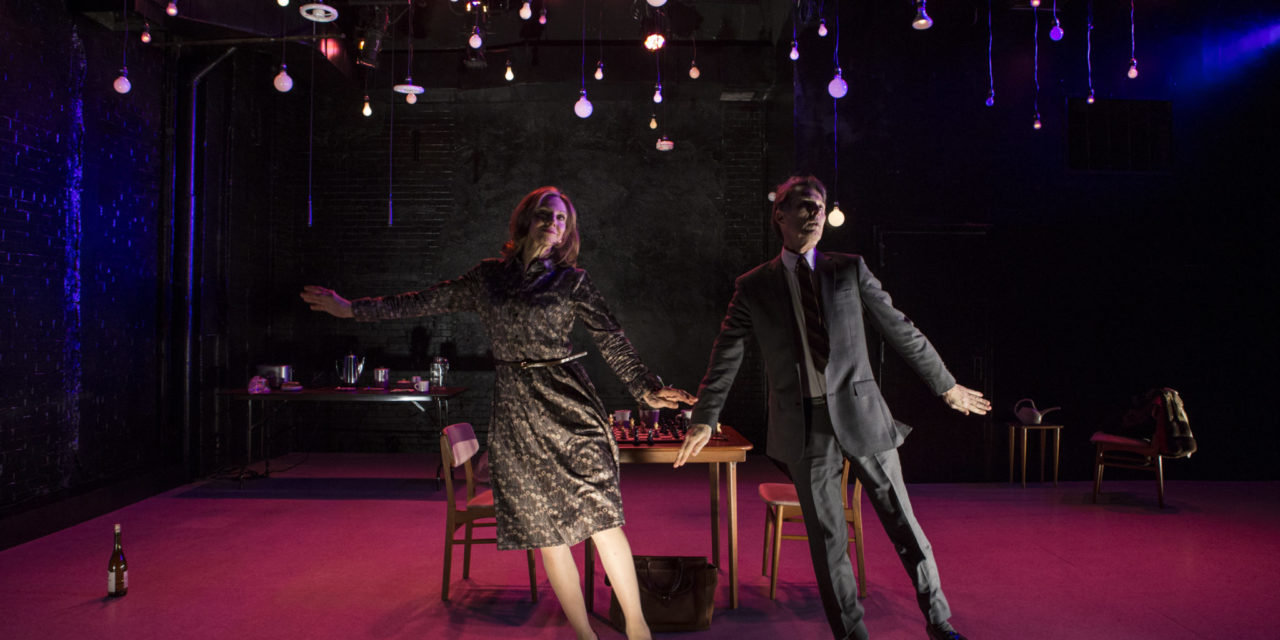 An originator of the Viewpoints system of training for actors and founder of SITI company, American director Anne Bogart has helmed adaptations of classics, operas, new plays, and nonlinear assemblages like her latest work Chess Match No. 5, which is made up of the writings of the great avant-garde composer and philosopher John Cage. On the occasion of the piece’s New York premiere, Bogart and I spoke about what Cage can teach us about control and perception in the twenty-first century, and about resisting certainty with committed uncertainty in Trump’s America.

Jessica Rizzo: You’ve described yourself a scavenger and have made many works that involve lovingly cannibalizing the lives and thoughts of other great artists. How did you find your way to John Cage and what made you decide that now was the time to do a piece about him?

Anne Bogart: I’ve wanted to do a piece about John Cage for a long time because Cage has always been a part of my life. He’s such a huge influence on postmodern culture. But I could never figure out a way to work on a piece with him where it wouldn’t have to be done. In other words, Chess Match No. 5 is only the first step towards a big piece with a lot more people in it. I didn’t want to do an hour and twenty-minute piece about John Cage and then be over and done with it and move on to another project. I wanted it to be much more encompassing. I finally came up with the idea of Chess Match No. 5 being the central organising principle of a much larger piece to be called Theater Piece No. 1. 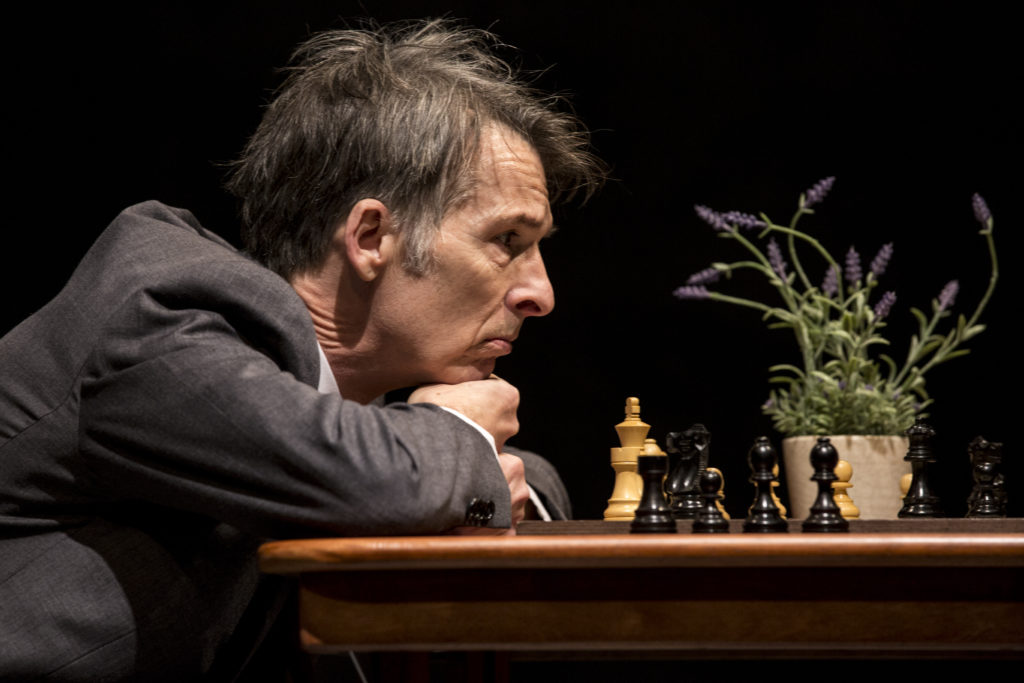 JR: Can you say more about the form the larger piece will take?

AB: So, one night in 1952 in the dining commons of Black Mountain College Cage decided that he would invite a bunch of his friends to perform. He wouldn’t know what they were going to do, but he would tell them when to begin and when to end. Robert Rauschenberg was in it, and Merce Cunningham of course. A poet would be sitting up on a ladder reading poetry. Cage was in it. People played records. It was retrospectively titled Theater Piece No. 1. and it was considered the first Happening in the United States. What I’m going to do is use Chess Piece No. 5 as the central organizing principle around which there will be a lot of other performances. There will be choreographers, composers who’ve written pieces of music, visual artists who will come in and out on a much bigger stage. So, imagine Chess Match No. 5 on a huge stage in a proscenium house. On somebody will come and start dancing in the middle of what they actors are doing. They might stop and play chess. This Chess Match No. 5 will become a handbook for the audience about how to watch what they’re seeing. At times it will be cacophonous. There will be a band playing, people dancing, maybe a marching band goes through. I’m asking a lot of friends of mine who are also influenced by Cage to make pieces. I will determine when they come on the stage and how long they’re going to be there, but I can’t determine their content. Eventually Chess Match No. 5 will teach the audience how to watch everything else.

JR: Although many theater artists have been inspired by him, Cage is a somewhat paradoxical choice because he is such a deeply anti-theatrical thinker in so many ways. The whole setup of the conventional theater requires and revels in artificiality, in form, in pretense and planning. The theater asks us to make choices and cuts, to allow some things in while excluding others. What has Cage taught you about the theater while making this piece?

AB: Years ago I did a really huge production with Columbia students called American Silents. For the first part of it I decided that the audience would promenade around inside this big recording studio on 42nd street that doesn’t exist anymore. The piece was about silent films in the United States. I made twelve cubicles where different films were being shot at once. In the old days you could shoot simultaneously because there was no sound in film. The audience would be able to wander around from one film shoot to another and watch actors pretend to be Buster Keaton or Charlie Chaplin, all the great silent film actors. After twenty minutes the audience was encouraged to sit on these risers that they hadn’t seen before and watch the rest of the production. One night I went to watch the show and the audience sat down earlier than I expected. I’m thinking this is a disaster because they were supposed to walk around and see each of these highly composed scenes individually and not see the whole thing at once. Instead, everyone just went and sat down, all two hundred people. “Oh God,” I thought, “I’d better go sit down too or else I’ll look like an idiot standing in the middle of the piece.” So I sat down in shame and picked up my head and saw the most beautiful thing that I could never have directed. It was the extraordinary event of twelve cubicles performing simultaneously. If I’d directed it then I would have tried to coordinate it all. And I thought “I never could have directed this beautiful thing because I’m too controlling.” John Cage is teaching me how to control the outside less and control the inside more. In other words, you have to have a lot of discipline to let the aleatory or the random or the chance things occur inside your work. I’m trying to learn as I grow older not to be as controlling, and to let more happenstance happen in the work, and that’s very Cage. 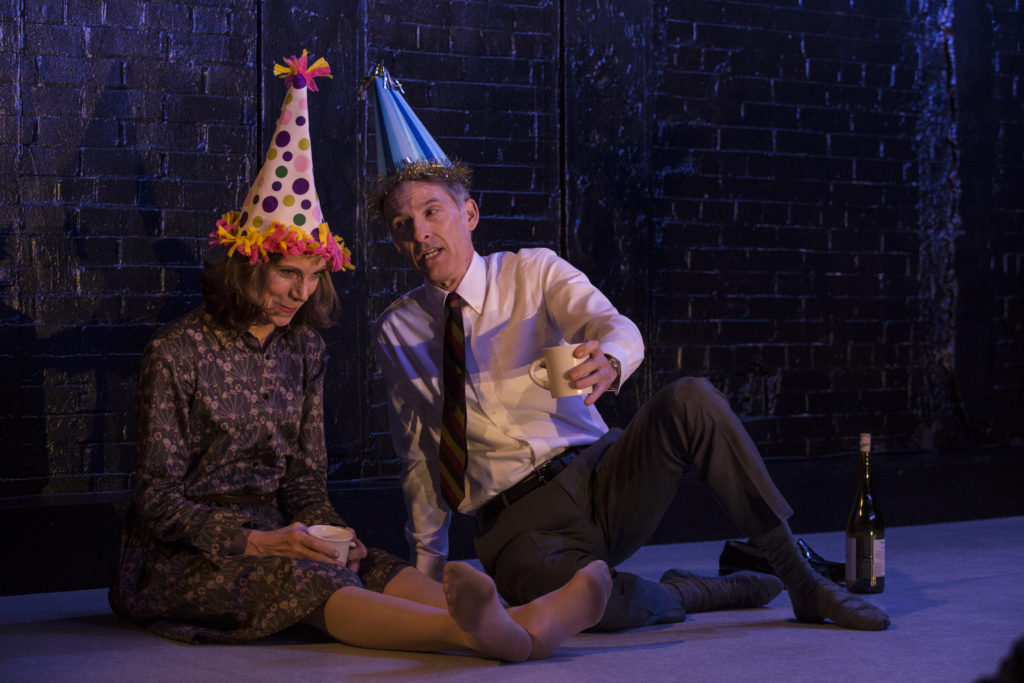 JR: I don’t think I’ve ever been as acutely aware of my fellow audience members during a performance in a theater as I was during Chess Match. The piece heightened my sensitivity to sound in such a way that at first I found the noises of people crossing their legs or taking off a jacket or sneaking a piece of candy extremely irritating. But the more I paid attention to the piece, the more I felt invited to cultivate a different relationship to these “interruptions.” What do you think Cage can teach us about the value of paying attention? About what’s valuable or overrated about paying attention? About how to pay attention in a world where it increasingly feels as though everything is conspiring against our paying attention in a sustained way?

AB: Your description of what happened to you is a beautiful description of what I was hoping would happen to the audience! That little by little you’re led to listen in a new way. I think that we’re becoming less and less available to the present moment in the world we’re living in, mostly due to technology. We’re so distracted by our devices. Right now I think the theater has a unique responsibility to remind us of how to use our perceptions. Chess Match is a piece about sensing. It’s not only about hearing. It’s about seeing and it’s about taste and smell. It’s about the notion of being a perceptual organism.

JR: Late in the play, an onstage radio is tuned to a station playing an aural collage of angry, political soundbites, Rush Limbaugh-style, partisan raving. In including this particular collection of noises were you trying to articulate something about the quality of American political discourse today?

What my genius sound designer Darron West and I have tried to do through the piece is to cover all the different kinds of sounds. This is the sound you hear when you turn the radio dial and you hear these right-wing stations. It’s just part of the environment. It seemed wrong to not include that because it’s so much a part of our lives today. 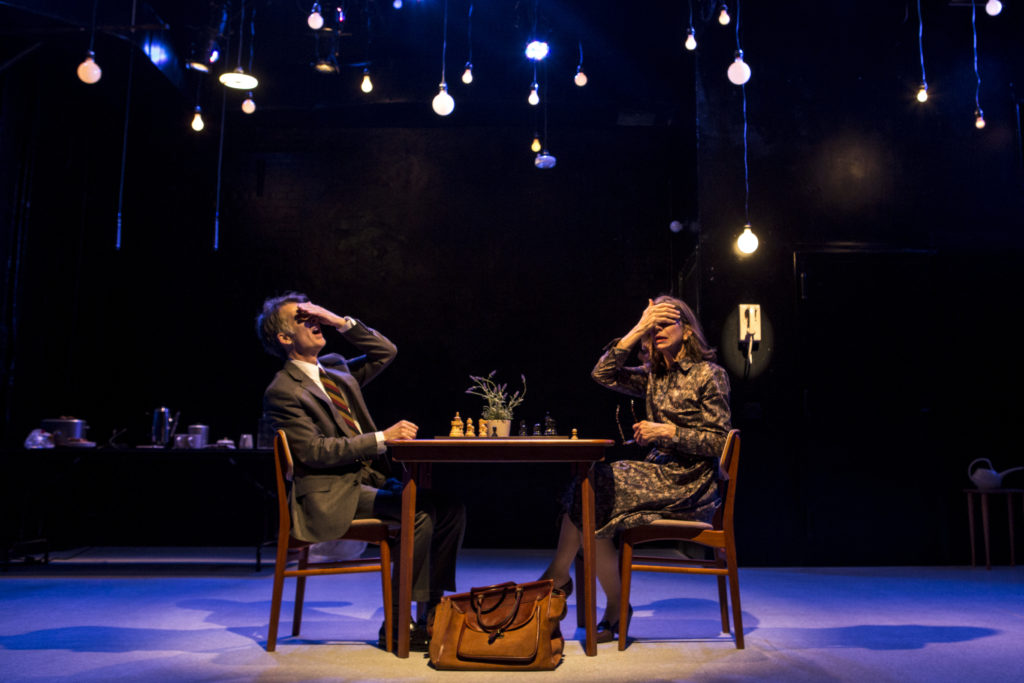 JR: I saw your show on the day Trump released his budget outline proposing, among other things, the total elimination of the National Endowment for the Arts.

JR: How has the current political climate impacted the way you think about your work and your place in the universe as an artist?

AB: The word that most people are using now, a word I certainly agree with, is resistance. Art has to be a form of resistance. In January we did a production of Lost in the Stars in Los Angeles, and this amazing South African pastor spoke before the performance. He said “Each of us has a platform. The point now is to use our platform.” My platform is theater. I think of the theater as a platform for resistance against what I certainly do not believe in. Right now that’s how I’m thinking about anything that I’m putting out in the world, as an act of resistance. I think Chess Match No. 5 is an act of resistance against numbness.

JR: You’ve written about the need to embrace ambiguity, doubt, disorientation, and complexity. You’ve said that “certainty, if taken to its extreme, always ends in violence.” Has this changed for you at all since Trump’s election, in a time when so many people are filled with confusion, uncertainty, even despair? Is there a new need to be uncompromising about certain things that we believe to be true? Or would you double down on the virtues of ambiguity?

AB: I actually think that the despair people are feeling right now is healthy. What I think is not healthy is the certainty that you find at Trump rallies, and the fact that just a few days ago at a Trump rally people were still shouting “Lock her up!” That’s the kind of certainty that I believe is the enemy. I think that our bafflement right now is very healthy. And I think our disorientation is healthy. After 9/11 I quoted Leonard Bernstein who said: “An artist’s response to violence is to make the music more intense.” And I still believe in that to this day. Whatever one does with one’s platform, make sure that you create an intense experience rather than a mild one. But I still believe to the depths of my soul that certainty is bad. (Laughs) I’m absolutely certain that certainty is bad. 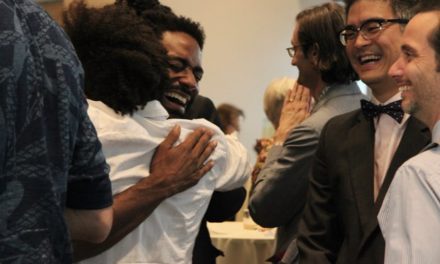 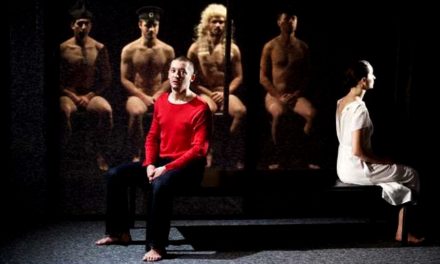