“Bidehi” or Ibsen’s “Ghosts” in Bengali: A Rare Experience of Translation/Adaptation on Stage 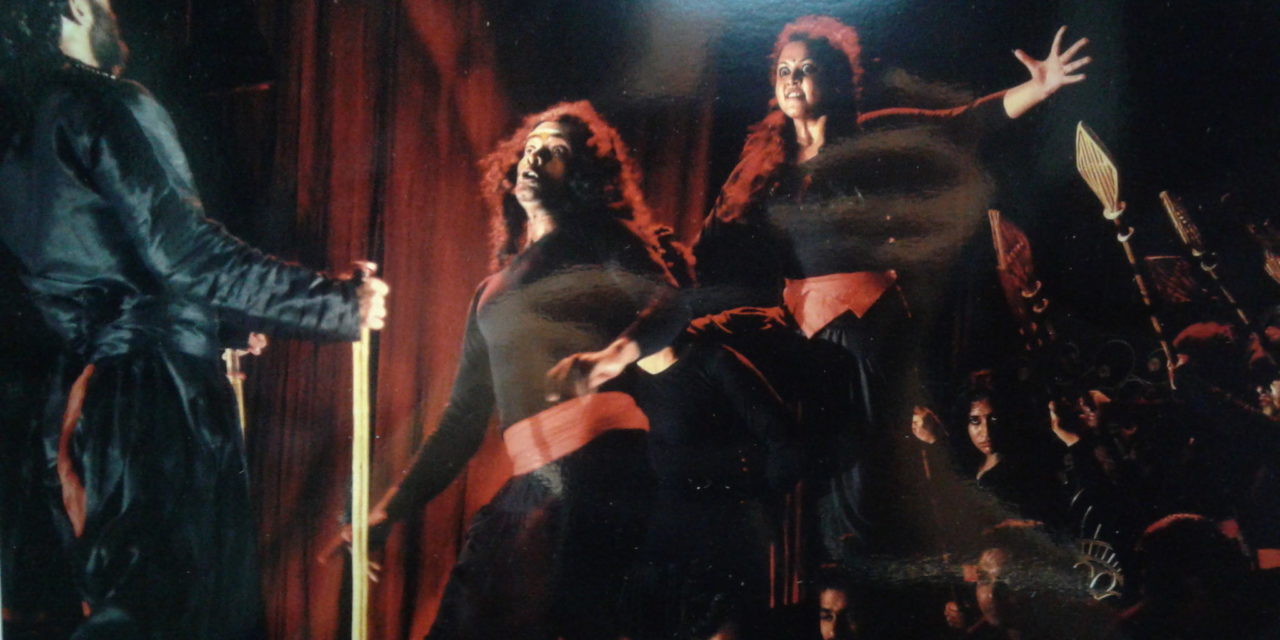 It was a socialite evening at Uttam Manch on 14 January, while the mercury was dipping low, making Calcuttans pull woollens from their wardrobes and wrap themselves up. The Cricket Club of Dhakuria, Calcutta, met at Uttam Manch for their annual function, where Mr. Biren Mitra, the club president, was to hand a cheque worth a handsome amount to a young, needy footballer, Samrat Sen. Speeches from the powers-that-be, followed by loud applause, lasted for half an hour. The authority also announced that the ticket sales for this show would be donated to charity. 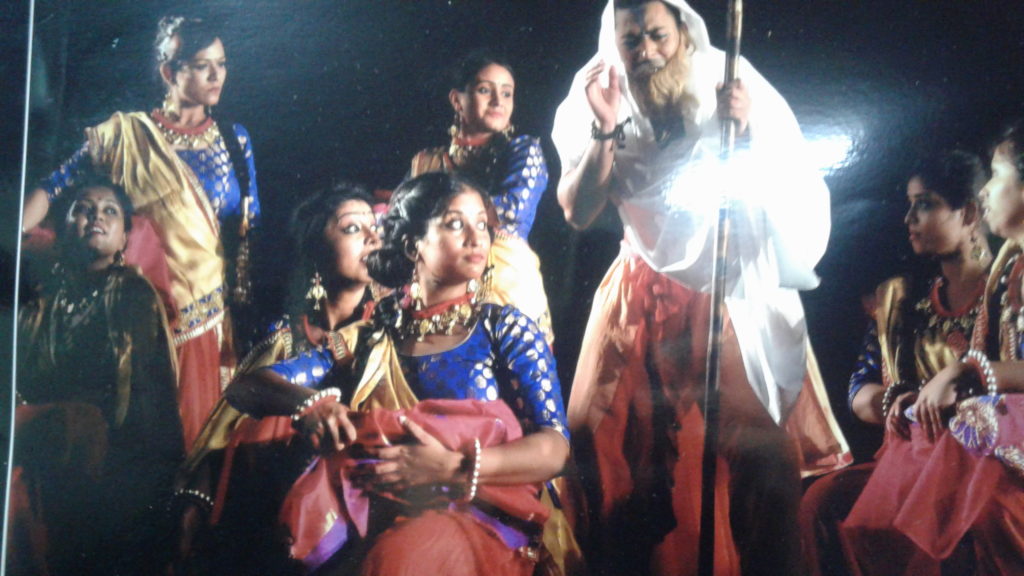 Hence, witnessing the play, Bidehi [Ghosts], sent a philanthropic feel-good thrill down my spine. The curtain rose on a dimly lit stage on which pieces of furniture were neatly arranged. At the right side of the stage is a flight of stairs. As the play began with élan, with characters with English names and demeanours, I was forced to believe that it was an adaptation of Ibsen’s Ghosts. But as the play progressed, I grew firm in my belief that it was more of an adaptation; it was a Bengali translation of Ghosts, but with the characters and the dialogue intact, verbatim. A slice of the Norwegian milieu could be tasted by the audience, and the players succeeded in creating it.

Bidehi, a production of the Calcutta theatre group Mukhomukhi, has been directed by Kaushik Sen, a noted thespian and actor, and performed by three generations of the same acting family: the noted septuagenarian actor Soumitra Chatterjee [Jacob Engstrand, the carpenter], his daughter, Poulami Das Chatterjee [Mrs. Helene Alving], and Poulami’s son, Ranadeep Bose [Oswald Alving, Captain and Helene Alving’s son, a painter]. It is a word-for-word adaptation of Henrik Ibsen’s Ghosts, in which the playwright attacked the profligacy of 19th-century aristocrats. This play also introduced the rare subtext of euthanasia. This idea had yet to gain ground, but Ibsen had tried to make it popular. When he had been asked by the then King, Oscar II of Sweden and Norway, the reason for writing such a disturbing play, Ibsen replied, “Your Majesty, I had to write Ghosts.” 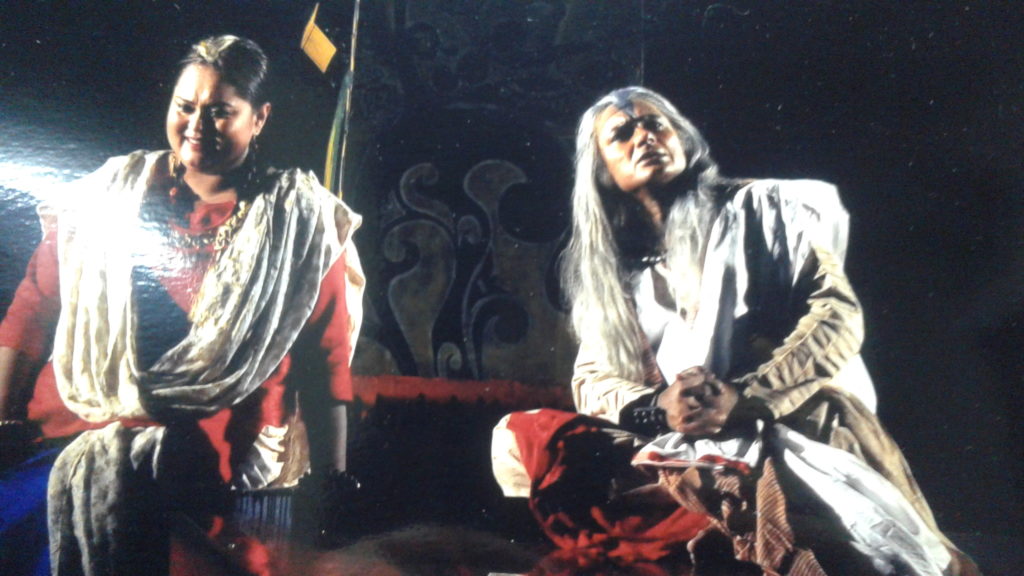 This play is a verbatim adaptation of Ghosts, in Bengali. Captain Alving is no more. But the wounds of his profligacy continue to inflict the mind of his widow, Mrs. Alving, who tries to protect her son, Oswald, from the ill effects of his father’s proximity to him. Hence, she had sent him far away to attend school. Oswald had grown into a famous painter but has returned to his paternal home as he has not been well lately. Regina Engstrand, the daughter of Jacob Engstrand, a carpenter, used to fetch and carry in the Alving household. Jacob used to pay occasional visits to the Alving household, as his wife had to yield to Captain Alving’s unwelcome advances toward her. The result was the birth of Regina. All was going well, Pastor Manders’s presence was even salubrious to the household. But, Oswald’s making love to Regina on the sly and the burning down of the orphanage disrupted all of Mrs. Alving’s calculations. At long last, Mrs. Alving bears the onus of revealing the truth to Regina that she is Oswald’s half-sister, as her mother had to satiate Captain Alving’s sexual cravings. As the truth dawns on her, Regina leaves for her father’s place to help him run a Sailors’ Rest House. And Mrs. Alving gets the shock of her life as she learns that Oswald suffers from syphilis, a deadly disease he has inherited from his father as a curse.

The deadliest part of the play is the administration of morphine pellets to the son by an aggrieved mother, who cannot but euthanize her son to prevent his drifting into a ‘vegetative state.’ The curtain comes ringing down on the saddened mother after she administers the deadly medicine, and on the son who lies on a reclining chair, oblivious to the goings-on in and around the world.

The play is an epoch-making one that continues to prompt a barrage of questions in the minds of audiences. The light, costume, ambience—all mark this play as being in a class apart. It is Henrik Ibsen’s tribute to a decadent time, which stands translated into Bengali, a regional language with the potential to transcend all barriers of Time and Eternity, Here and Now. 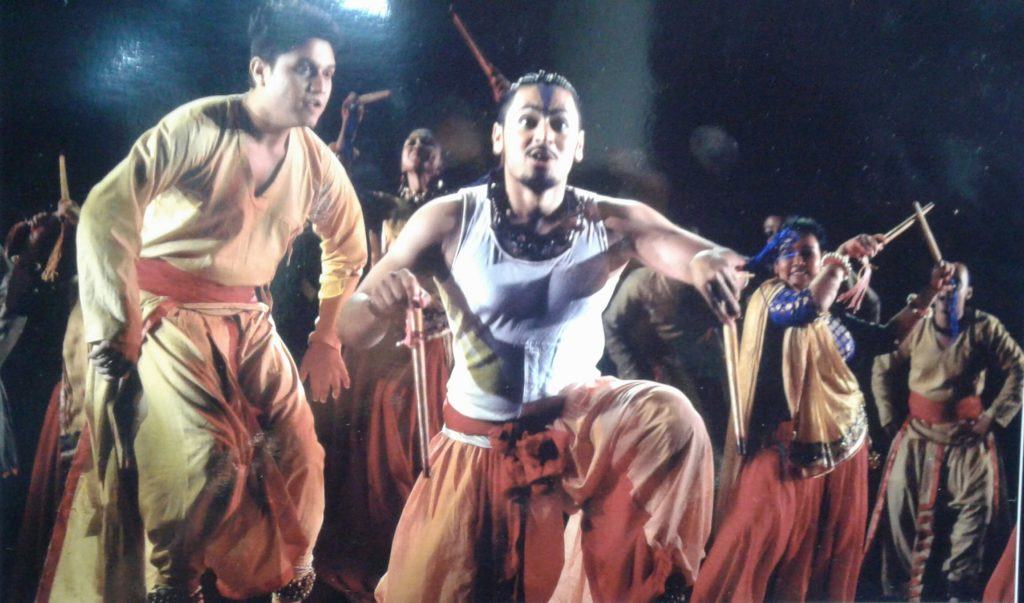