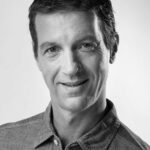 Michael Walker has worked as an actor, writer and director in Australia, the UK and Japan. He’s made regular appearances on Australian TV and starred in a theatrically released feature film distributed by Village Roadshow. He’s written for both theatre and film, and directed numerous shorts that have played at festivals around the world. He was the founder of Nagoya’s first independent, English-speaking theatre company, which among its many productions included a bilingual version of ‘Romeo & Juliet’. Michael is currently living in Tokyo and is the Artistic Director of Sheepdog Theatre.

Disturbance is an original musical, making its world premiere in Tokyo this month. We spoke with...