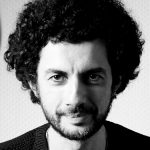 Mathias Daval spent 15 years in journalism in print media & television in Paris. Concurrently, he was the administrator of a theatre company, "Un Ange Passe." Also a writer, he won the Centre National du Théâtre's grant for his play Followers in 2014, and he is the author of the Oulipian book Les Doreurs de pilule. In 2015, he co-founded I/O Gazette, a French print & web newspaper dedicated to performing arts festivals all around the world. He is a member of the Fédération Nationale des Critiques de la Presse Française and of the International Association of Theatre Critics.

Each year, the Hanoch Levin Institute organizes a showcase of theatre creations: International...

A report on the 14th edition of the Abu Dhabi Festival.

Kortárs Drámafesztivál: In the Heart of Budapest’s Stage

The Kortárs Drámafesztivál (contemporary theatre festival) in Budapest has just celebrated its...

The Boska Komedia festival (“Divine Comedy”) in Krakow is one of the highlights of Polish theatre...

Four degrees Celsius, a thin rain and low clouds: instead of letting ourselves overwhelmed by...