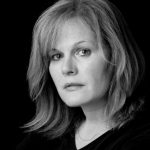 Cate Cammarata is the Associate Artistic Director for Rhymes Over Beats, and is a producer, director, and dramaturg in NYC. She is currently producing My Life is a Musical by Adam Overett and developing Freedom! The Musical by Patrick Blake, No Chance in Hell by Chris John (which starred Robert Cuccioli and Beautiful's stars Chillina Kennedy & Scott J. Campbell), and SEARCHERS.ME by T. Cat Ford. As the Literary Manager of Theater Resources Unlimited she works with many writers and scripts in various stages of development, and co-moderates workshops for writers on "How To Write A Musical." Cate has worked on Broadway and off-Broadway with Hughes Moss Casting, Rothstein General Management, Jana Robbins Productions, La Vie Productions, HERE, The Active Theater, NYMF, Theater Resources Unlimited (TRU) and Hamilton Dramaturgy, and has produced and directed many readings of new work in NYC. Her regional credits include work at Cincinnati Playhouse in the Park, Syracuse Stage, the Emelin Theater, the John W. Engeman Theater and Porchlight Theater (Chicago), among others. Cate holds a BFA in Acting and Directing from Syracuse University and an MFA in Dramaturgy at SUNY Stony Brook, where she now teaches Theatre Arts. Affiliations: LMDA, Commercial Theater Institute, the Off-Broadway Alliance, League of Independent Theaters, Theater Resources Unlimited.

We can’t discuss unpleasant historical events or why you or I voted for that candidate without generating anger and accusations. A society which is afraid to think and respectfully consider different points of view will inevitably degrade its ability to understand. Then what?