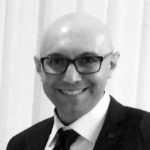 Ali Pour Issa graduated from the Yale School of Drama with an MFA in Dramaturgy and Dramatic Criticism in 2011. Also, he received an M.A. in Dramatic Literature and Criticism from the University of Tehran in 2006, and a B.A. in Scene Design from Islamic Azad University, Central Tehran Branch in 2003. He has worked as a university instructor, theater director, playwright, editor-in-chief, stage designer, scriptwriter, short and documentary filmmaker, jury member, and visual artist in Iran, the U.K., and the U.S. He has been a permanent member of the Dramatists’ Guild, since 2005, a permanent member of the Directors’ Guild, House of Theater in Iran since 2007, and a member of Literary Managers and Dramaturgs of the Americas since 2011. His last conference participations about the Iranian drama and theater were at Hong Kong Baptist University and University of Massachusetts Amherst. His short films have been officially selected in numerous festival in the world. His short film, Cold Ground, was awarded a diploma from the 41st Festival of Nations in Austria. He made a documentary film about the contemporary Iranian theater, Unheard Voices. His short film, Bahar (spring) was received the Lenzing Award from the 43rd Festival of Nations in Austria and the Gold Award for the film, the Special Award for Remarkable Directing, and Special Award for Remarkable Actress at Walser International Film Festival in Austria. His recent film, The Ground Is Breathing won notable awards including Special Mention Award from I Will Tell International Film Festival in the UK and the Best Actress Award from Frame by Sound Festival in Dominican Republic, and the Best Film in Gender from Woodpecker International Film Festival in India.

When one wants to begin a career in theatre professionally, what tactic could they use? As an...

How do Iranian artists adapt Shakespeare’s drama? The Iranian directors, Mohammad Aghebati and...