We knew when we chose Chile as the first country to feature in our original Spotlight series, the first name that collectively passed our lips was Ariel Dorfman. He is known around the world for his various works of theater, fiction, poetry, and film, in both Spanish and English. We are grateful that he took the time to answer our questions.

Please tell us a story from your childhood that helps us understand who you are as a playwright.

Ariel Dorfman: I must have been seven years old when I staged my first “play.” I didn’t know how to read or write yet but colored pictures fiercely and imaginatively and set up a series of shows for family and neighbors, passing drawings through a large open box and embodying all the voices of the characters. Two years later, I saw my first Shakespeare: in Regent’s Park, A Midsummer Night’s Dream. Hey, I realized that what I was doing with my drawings could be done with live actors and I was on my way.

What’s the first hook that gets a new play started for you? Is it an image, a theme, a memory, a character?

I have hundreds – literally, hundreds, maybe thousands, of images, themes, memories, ideas, characters – roaming around in my head. How to choose from the plethora? Generally, some words will come – somebody says something in a certain space. Then, the need to explore and discover what that means unveils, unravels, probes the play into being. I’m desperate to comprehend what is hidden in my initial image. An example: Purgatorio started out as a mysterious situation: a man and a woman in a room that could be an insane asylum or the great beyond, and one wants to escape that place and the other holds the key. Years later, Viggo Mortensen performs the role in Madrid and we find out who he is, who that woman is. But many years later.

What play, by another author, do you wish you had written?

One is not enough. Waiting for Godot, King Lear, El Burlador de Sevilla. And, just to confound anybody who thinks I am only a “serious” writer, the lyrics from Singing in the Rain.

Can you describe what you look for in a director?

Trust above all. Imagination. Being critical enough to help me refine and understand what I have wrought. Being supple enough to understand when I won’t budge, even if he/she doesn’t agree, even if I can’t explain why. Beware directors who do not respect the work, no matter how famous they may be or what resources they bring

Your work has been performed around the world. Can you share any similarities or differences you’ve discovered through the various productions?

It’s wonderful to be surprised by what others can do with one’s work. With Angelica – my wife and the love and light of my life – we have seen many versions of my plays. Barney Simon’s Death and the Maiden in Joburg or Skolmoski’s in Warsaw is so different from what Mike Nichols did on Broadway, and yet the same play, the same dilemmas. It’s astonishing what a great actress/actor can bring to a role, the subtleties and nuances. It has been a real experience to watch (in the case of my human rights play, Speak Truth to Power: Voices from Beyond the Dark)  words pronounced by Meryl Streep at the Public in New York and the same words by Lynn Redgrave in MLK’s Church in Atlanta, to note how Sean Penn will emphasize something entirely diverse from what Martin Sheen (he has done this play eight or nine times) or John Malkovich or Alec Baldwin. I tend to be very supportive of stagings in lands whose languages I don’t read or speak. Perhaps my best experience has been with Korea, where six of my plays have been staged, many by the same director, always with considerable success. Special mention should go to La Mafia Teatro’s recent production of La Muerte y la Doncella, which Angelica and I just saw at the Kennedy Center in March 2014. It was very moving for us to see that play, written for Chile, finding an international audience in Spanish, after it had been rejected in its homeland.

How have you seen the role of theatre change in society over the course of your life?

My first play was Widows, co-written with Tony Kushner, for the Mark Taper Forum. We had an enormous cast. Since then the pressure to produce plays with ever fewer actors has increased to the point of insanity. Epics are no longer welcome, it seems, which has grave consequences when we are trying to explore history, politics, mass movements. There has also been a tendency to discount fantasy in theatre for a sort of gritty realism which, frankly, is not my cup of tea – or coffee either. On the other hand, the overwhelming presence of “virtual reality” seems to have had the effect of reinvigorating what is the most alive and vibrant about theatre and performing arts in general. Bodies in space, words spoken without editing by a camera (and I have nothing against cameras, onstage or off), the simple give and take of language expressed beautifully – people desire, need, respond to such art more and more.

What do you think are the main obstacles that playwrights face to getting produced today?

What advice would you give a playwright just starting out?

Courage to stick to your own vision is what you really need. Don’t equate success with talent (in fact, pray that you will not be successful too soon). Don’t repeat yourself. Don’t follow the trend of the day.

If you could institute one theatre law, what would it be?

Ample, abundant, lavish funds for theatre for the young, in schools and communities at every level. Because theatre contains all the arts, such a policy would also mean giving work to actors, directors, set designers, musicians, writers.

What type of theatre do you enjoy attending most as an audience member?

AD: Just about anything and everything, from musicals to the smallest productions. But I particularly like any staging that stretches the bounds and boundaries of the imagination.

What are your thoughts about Michelle Bachelet becoming president again?

Her re-election – on a more resolute platform for social justice, profound transformations in the educational system, redistribution of income through a reasonable tax reform, the abolition of  Pinochet’s fraudulent constitution – all of this fills me with hope. Symbolically, the fact that the daughter of Salvador Allende, as head of the Senate once presided over by her father, was the one to inaugurate the daughter of a General who was loyal to Allende and who was tortured to death as a result, and that both these women have spoken of advancing towards a different sort of society emphasizing the need for dialogue and tolerance is a heartening message not only for Chile but for the world.

After all these years, do you consider yourself more of an international citizen than an exile?

I have now written two memoirs in order to address that question, Heading South Looking North; A Bilingual Journey, and its sequel, Feeding On Dreams: Confessions of an Unrepentant Exile, along with many essays and newspaper articles, so to summarize my condition in a few words would not be appropriate or even possible. I can say that having survived exile and repression, in great measure thanks to the wisdom and loyalty of Angelica, I have become reconciled to distance as a privileged aesthetic and political instrument, a means to see the world from a perspective which is not provincial or local. Of course, so much of our lives and memories, those of  Angelica and me, are determined by Chile, albeit often in an indirect way. For instance, to write a play like Picasso’s Closet (Adiós, Picasso) about the great painter under the Nazi occupation of Paris is a way of dealing obliquely with the questions of how artists faced with state violence can continue to do their work. Other plays, like my latest, Delirio/Delirium (which is a rewrite of The Other Side) derive from my experience of being divided culturally and linguistically, like the husband and wife protagonists, whose hut and very bed are divided by a new and arbitrary frontier which separates them and brings tragedy (as well as farce and absurdity) into their lives. Or the libretto for my new opera, Naciketa, based on the Upanishads and with music by the great Scottish composer Nigel Osborne. What country is at its origin? Chile, where my major inspiration comes from, Argentina where I was born, the United States where I grew up as a child and live as a grandparent? Scotland? England, where most of the singers come from? India, which gave the world the story of a boy who is offered three boons by Death and seeks the answer to the mysteries of the universe? The answer: we should stop worrying about nationalistic categories, even if this is a spotlight on one country. 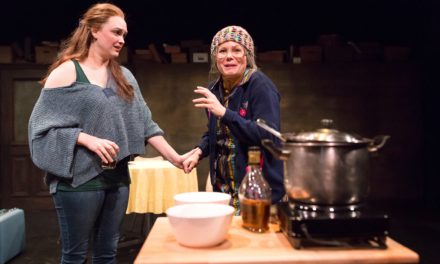 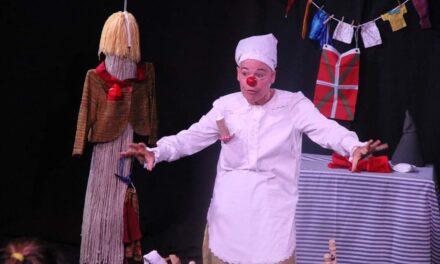