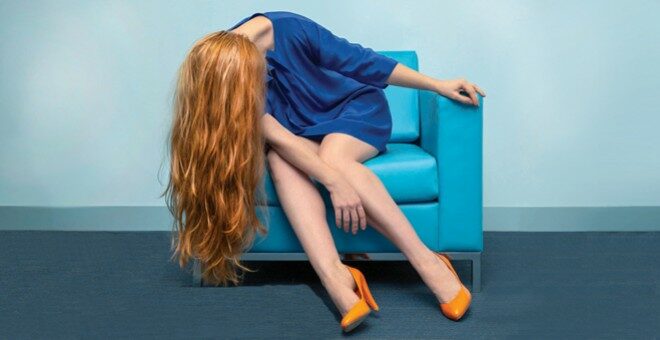 Amanda Macri, General Manager at Playwriting Australia, writes about the broad range of resilient talent that is to be found in Sydney’s playwriting community.

This is a town of storytellers. Sydney is all about imagination. It’s full of character and characters, and home to an audience in love with hearing a new story well told. As the General Manager of Playwriting Australia, I’ve been fortunate to work with many of this city’s playwrights and theatre-makers, and I can tell you they are a tough and clever bunch.

To be honest, it’s a wonder that any playwrights can survive in Sydney. They are some of the lowest paid professional artists in Australia, and this is an expensive city. Rents are sky high (just forget about buying a property), and it’s notoriously hard for independent artists to find accessible, affordable spaces to work, to write, to rehearse or to present new plays. Opportunities for commissions, development or productions with professional theatre companies are hard to get, and local plays are competing for the audience’s ticket money with the best art from around the world.

Despite all that- there is a talented and passionate community of playwrights in Sydney who meet all those challenges with persistence and artistic ambition. The really great part of my job is working on their behalf, making a compelling case to funding bodies to support, develop and extend their careers. Playwriting Australia is just one part of a broader arts infrastructure that exists to ensure they can thrive here.

Though based in Sydney, Playwriting Australia is a national organization that exists to invest in the development of new plays, working closely with playwrights around the country and the theatre companies that produce their work. Led by our fearless Artistic Director Tim Roseman, we run an extraordinary raft of programs and strategies, including workshops, outreach, residencies, travel funds, co-commissions and the annual Play Festival (head to the Playwriting Australia website for more information on what we offer).

This year’s National Play Festival was held in Sydney and was one of our biggest and most successful to date. A large part of that success should actually be attributed to the playwrights who were there. They embraced the event wholeheartedly and contributed to a nationwide conversation about craft and empowerment. On the first day of the Play Festival, one of Australia’s finest playwrights and a genuine statesman, Andrew Bovell, gave a Keynote Address to set the agenda for the four-day event. His speech ignited a fire I can’t begin to explain (you’ll just have to read/hear/watch it here). Amidst the heartfelt warmth of his personal experiences and his burning anger at Australia’s most shameful qualities, Andrew levels a challenge to the Australian theatre industry: to take more responsibility for the stories we are telling, and for who is telling those stories. He urged our playwrights to seize the day.

“Don’t hesitate. Decide what story you’re going to tell. And be bold in the telling. We as a country have many stories that we need to tell.” – Andrew Bovell

We need storytellers. In the days that followed, we saw palpable pride and generosity amongst the playwrights at the Play Festival. I think just about everyone felt charged by Andrew’s words. That sense of purpose filtered through the Playwrights’ Program, a dedicated series of events for writers to gather, including master classes, and an Open Space discussion held by Tim Roseman with an agenda led by the sixty or so playwrights in the room. The third session was my favorite, the free ‘Play: Relay’ session, where a similar number of playwrights attended a tag-team of 10-minute skills development presentations by five Sydney-based superstar playwrights, Jane Bodie, Mary Rachel Brown, Lachlan Philpott, Debra Oswald, and Caleb Lewis.

Each writer donated their time and expertise to provide a snapshot of their process: we learned about content driving form and about location in time and space; untrustworthy narrators and character contradictions; and Debra’s fail-safe interrogation of what not to do. It was quick-fire timing and not a second of it was wasted. The roomful of playwrights hung on every syllable, silenced with awe and respect. What struck me was not just the skilfulness, intellect and rigor that these writers embodied, but also their willingness to share. They articulated their craft so eloquently for a bunch of emerging and developing playwrights who were hungry for practical tools and a grownup engagement with the art form. A genuine community of playwrights.

Another highlight was one of the plays showcased in the series of rehearsed play readings, Mortido by Angela Betzien. In their own way, all the festival plays this year were ambitious in scope, all five written by female playwrights at varying stages of career development. Mortido is certainly epic, but there is a particularly Sydney dynamic at its heart. Angela had relocated to Sydney from Melbourne only in the previous year or so, and she has written about the city with that sort of piercing, resonant insight into a place that outsiders and playwrights so often have.

“I wanted to write a kind of love/hate letter to the city. It’s a beautiful city but it can be a nasty, greedy, seedy, selfish place. Sydney is very much a character in this play.” – Angela Betzien

The characters that populate Mortido are caught in very Sydney struggles, cops, and junkies alike. The rich dickhead (sadly too familiar), all boats and coke and cars and bravado, is an awful beacon to his brother-in-law Jimmy, haplessly subsisting in the western suburbs on a knife-edge of desires. A desire for things, for connection, for designer names and harbor views, for a reprieve. It’s the sort of struggle that propels Sydney forward. This is a love/hate, west egg/east egg kind of town and, as the play’s title suggests, it gives Sydney dark and self-destructive energy.

It’s a portrait of the city I cannot wait to see on stage (it will be on at Belvoir in 2015). Playwriting Australia co-commissioned Mortido with Belvoir through a syndicate of donors brought together by our Chair, Peter Wilson. I heard one of the donors say he is passionate about giving to new plays because they “chronicle our times”. It’s a great expression. Angela’s version of Sydney will do that, sitting next to other Sydney stories of recent years, like Lachlan Philpott’s Truck Stop and Jane Bodie’s This Year’s Ashes. I imagine the new plays we’re supporting now being read in schools, reinterpreted by some future auteur or adapted for a period film long after we’re all gone. This generational legacy is essentially what drives us at Playwriting Australia.

It is also why the question of who is telling our stories is so important. Every year we find that Australian plays in production are overwhelmingly white, most noticeably at the big end of town. It bears less and less resemblance to Australia I can see each morning at Redfern train station when I’m on my way to work. We have an audience, especially in Sydney, who are desperate to experience all those stories in our theatres and, as Andrew Bovell demanded in his keynote, we need to fight for it. That is the biggest challenge facing Australian theatre right now.

At Playwriting Australia we’ve been quietly agitating for a new generation of storytellers. Over the past five years, we have been working in some fairly unlikely places to inspire would-be playwrights (and don’t-even-know-they-could-be playwrights) from Indigenous and non-English speaking backgrounds. Some of the most astounding moments of storytelling I have seen in my tenure have been scenes written by these first-time playwrights. Not even in finished plays, just moments of pure joy and potential from places we rarely hear stories about. Look out for plays by Kylie Coolwell, Victoria Haralabidou, Abie Wright or Jub Clerc in the next few years, and you’ll see what I mean.

It’s a frustratingly slow change, but I think it is also what excites me most about playwriting in Sydney. This community has so much potential and room to grow, to be far more diverse, to extend its ambition further, to welcome new voices and make its indelible mark on the world. If you find yourself in Sydney, any night of the week, do go and see an Australian play on at Griffin Theatre Company in Kings Cross, or Rock Surfers at Bondi Pavilion, or Belvoir in Surry Hills, Parramatta’s Riverside Theatres or Sydney Theatre at the harbor. You will experience the city, our stories and storytellers in a whole new light.

Amanda Macri has worked with Playwriting Australia since January 2010, initially in the role of Administrator and as General Manager since April 2011. From 2004 to 2009, Amanda worked at the federal government funding body, the Australia Council for the Arts, in a range of administrative roles for the Theatre Board and overseeing the Arts Funding division. Amanda has also worked within the independent theatre sector at the Edinburgh Fringe Festival, Adelaide Fringe Festival and at the SBW Stables in Sydney. Amanda has a Bachelor of Arts (Communication Studies) from the University of South Australia. 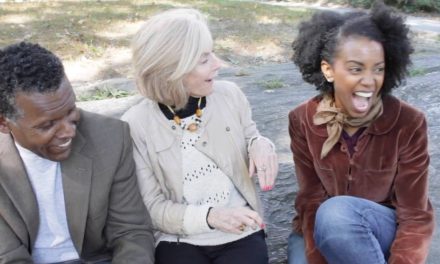