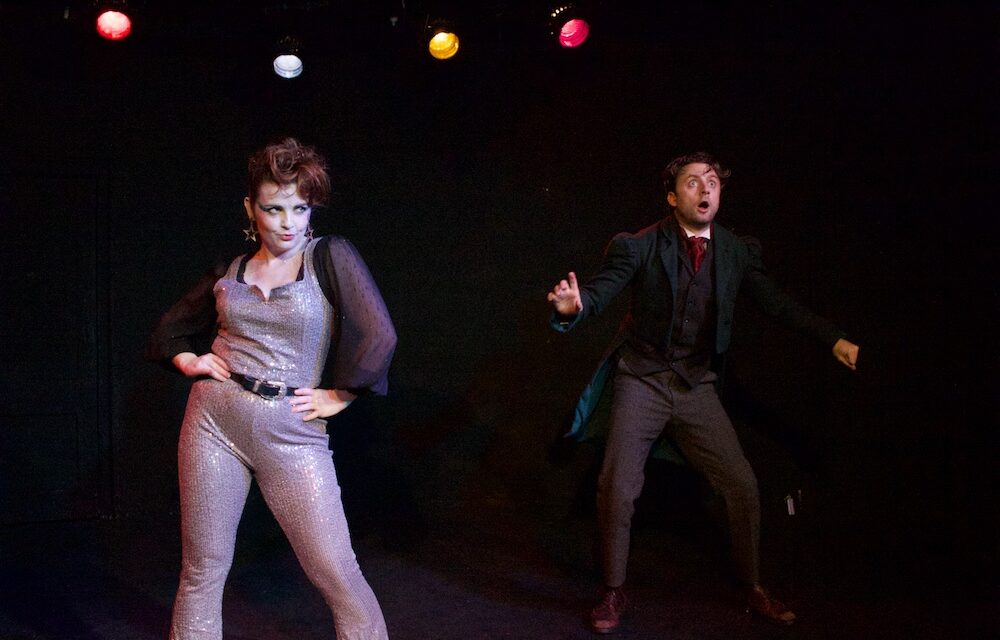 Yesterday, I watched the streamed version of December, written and directed by Alexander Knott, and performed in the Old Red Lion Theatre Pub. If Charles Dickens’s A Christmas Carol has a sentimental hero, it must surely be Bob Cratchit, Scrooge’s impecunious clerk, but what would it be like to be inside his head? Knott takes this question as his starting point, and his 75-minute monologue explores a contemporary version of Cratchit’s inner world. Impoverished, overworked, and desperate, he seeks solace in drink, which draws him towards suicidal thoughts, and then — in a neatly imaginative turn — he is visited by three ghosts. They are all the spirits of future Christmases and eventually provide an antidote to his depression and desperation. With its anger at social inequality, its visions of Victorian capitalism, the First World War, and 1970s glam rock, Cratchit’s monologue is both ruminative and rapturous, cynical and impassioned. Knott’s text is slightly over-written at times, but it has many flashes of vivid imagery which, like candles in a darkened room, light up the play’s themes. This new play for Christmas features a bravura performance by Ryan Hutton as Cratchit, with some help by Freya Sharp as his family members and other roles. The acting is great, and Knott’s production starts outside the venue and proceeds with a swift visit to the venue’s box office, then up the stairs to the theatre space, briefly shot in spooky monochrome. Charles Flint’s film, for Bag of Beard Theatre Company, uses a variety of techniques to enhance the drama, and the monologue effectively mimics a promenade performance which covers the stage space, the venue’s bar, and some moments in the outside world, mixing optimistic light with the piece’s psychological darkness. If you might quibble that Knott’s Cratchit is a bit too well-dressed for a poverty-stricken clerk, the play’s themes are both relevant and mildly hopeful. December combines the joy of performance with the thrills of film.

This article was posted on sierz.uk.co on December 30, 2020, and has been reposted with permission. For the original article, click here.