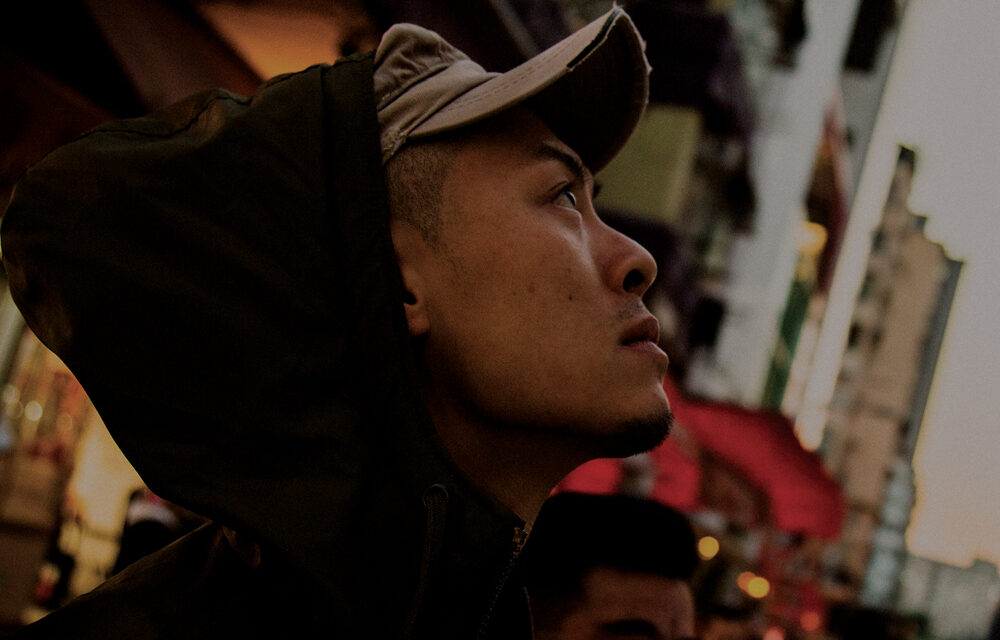 A one-man show by Hong Kong writer and performer Armie Ma will have its Australian debut in Adelaide Fringe Festival 2020.

The show is called No Coming Back, a project conceived solely and produced by Ma in 2018 which he crowned it as ‘Hip-Hop Theatre’ as the show is packed with hip-hop and rap songs. In July 2019, Hong Kong independent theatre company ThreeWoods Playwright took the piece and presented it again in Cantonese as a theatre piece for a more broader theatre audience. Ma changed his script and presented his piece in a more linear format. Now, the same production is coming to Adelaide with an English version also written and performed by Ma himself.

No Coming Back presents Ma’s own real-life story. In 2015, Ma decided to leave Hong Kong, his hometown where he felt its anxiety had drowned him. Everyone wanted to save it, yet everyone also wanted to escape from it. Ma was one of those people who tried to escape.

‘It was a very dark period in my life that I was anxious, depressed, and hysterical for how sick and cruel this fascinating city can be. Any part of the city, any hour, you can see a Lamborghini passing by a 90-year-old lady who scavages,’ Ma wrote in his ‘Message’ in the house programme.

Ma with his then-girlfriend and his cat arrived to Berlin, where the girlfriend got into university to study while him desperately looking for jobs, and became a tour guide for tourists.

To Ma, being in Berlin is a dream but also a struggle. Yet, there is also no coming back to Hong Kong because to him, he cannot see a future staying there. It seems that this is also what most Hong Kong people are resonating with.

The one-hour show is nothing fancy. Yet, the audience, especially Hong Kong Chinese or people who have lived in Hong Kong for a long time, would be able to connect with Ma’s story in its utmost genuine nature.

‘Why I take this show to Adelaide? Raw and honesty,’ says Cathy Lam, artistic director of ThreeWoods Playwright as well as the curator of No Coming Back. ‘Armie is not an actor, he is never trained to be one. The theatre space is a platform for him to seize the moment, be the storyteller for once to share his life with the audience. I like how he shares his life, at the same time invites other people to weave into his life with theirs together, to make sense together and looking forward to the future.’

The story of Ma is simple, just like reality. One might ask if there the story is just so simple, how can it be a good theatre piece without all the drama. The fact is, the theatre space is not just to present a story, but more a dimension for a dialogue between the character and the audience. No Coming Back is more of a character study, and the audience is not to follow a plot but to search the common ground between Ma and them.

No doubt the common ground between Ma and the audience is national identity. As the 2019 version was presented during the heated political turmoil with violent protests and police brutality all over the media, there is a huge sense of agreement towards Ma’s struggle in the story that touched the audience. ‘A lot of the audience cried after the show. Everyone was so drawn into Armie’s story that they could feel the weight of the piece. The question of national identity is vivid in the piece that it will make us question about it.’

This question is also universal towards other nationals in the world. With the rise of right-wing ideology in the Western world, young people seem to have waken up from the truth of losing one’s national identity after a long period of globalisation. The rift after Donald Trump being the US president as well as Brexit being the reality pushes young people in the West to ask their own ‘national’ identity. Same as Ma, as a Hong Kong citizen trying to get German residency, Ma also has to deal with his own national identity of whether he is a Chinese, a Hong Konger, or a German resident.

And to deal with these issues, Ma uses his own advantage of a performer: writing hip-hop and rap songs. It is his comfortable weapon to illustrate his own emotions, to connect with the audience.

‘When I wrote the first version of this show, I didn’t intend to create Hip Hop theatre. I simply put in a bunch of rap songs that I wrote in Berlin and told my stories and feeling. Super raw…

‘We aim at bringing in the essence of Hip Hop to develop a grammar of the show, that is, sampling. It is a skill the pioneers invented to make music while they were poor. Similar to paper montage, by sampling audio material and putting them together in a new pattern, you can create music of your own style. This is real creativity shining through constraints. I think this is the spirit of Hip Hop,’ as Ma wrote in the house programme.

People might wonder if it is a risk to present a theatre show that involves no trained actors. To Lam, as a curator, there is more for producers and presenters to give insight on instead of providing well-executed entertainment. ‘Many people think a curator should have the power to determine what is a good art piece, but for me, being a curator is to explore the heart of art, the lens of the society and the voice of the world. We shall provide chances and help the rough vision, thought and voice to develop. Therefore, I found the voice of Armie and I want to have his vision and thought to be able to speak up. Armie may look like a stone, but I see the jade underneath the rough surface. It might be a risk, but my goal is to walk alongside the artist and help them shine eventually.’ 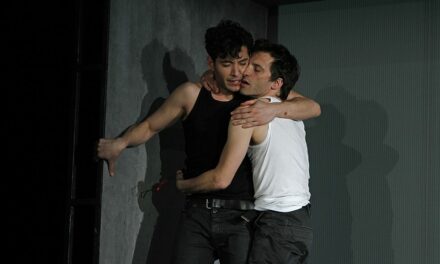