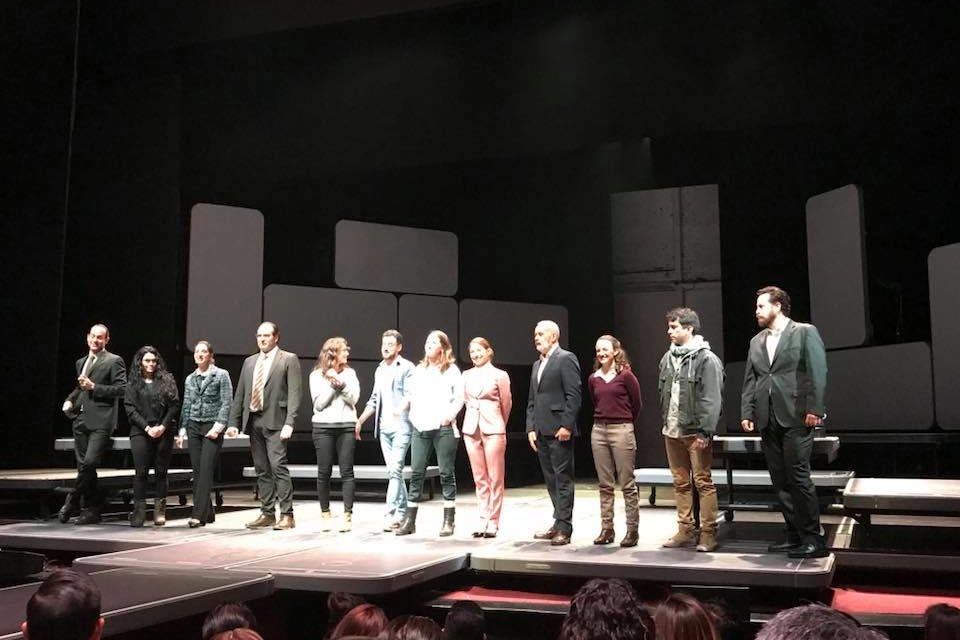 Inspired by the Edward Snowden case, James Graham’s Privacy shows us the consequences of living life online where everything we share can be used by governments and corporations that monitor our information without being aware of it.

Written by James Graham and Josie Rourke, it was launched in London in 2014, and then it was performed in New York in 2016, with Daniel Radcliffe in the leading role.

Nowadays it is performing in Mexico City starring Diego Luna and Luis Gerardo Méndez, who alternate roles, along with eight actors on stage, in a magnificent multimedia production directed by Francisco Franco, with an excellent adaptation of Maria René Prudencio with a production of Ocesa, Claudio Carrera, and Tina Galindo. 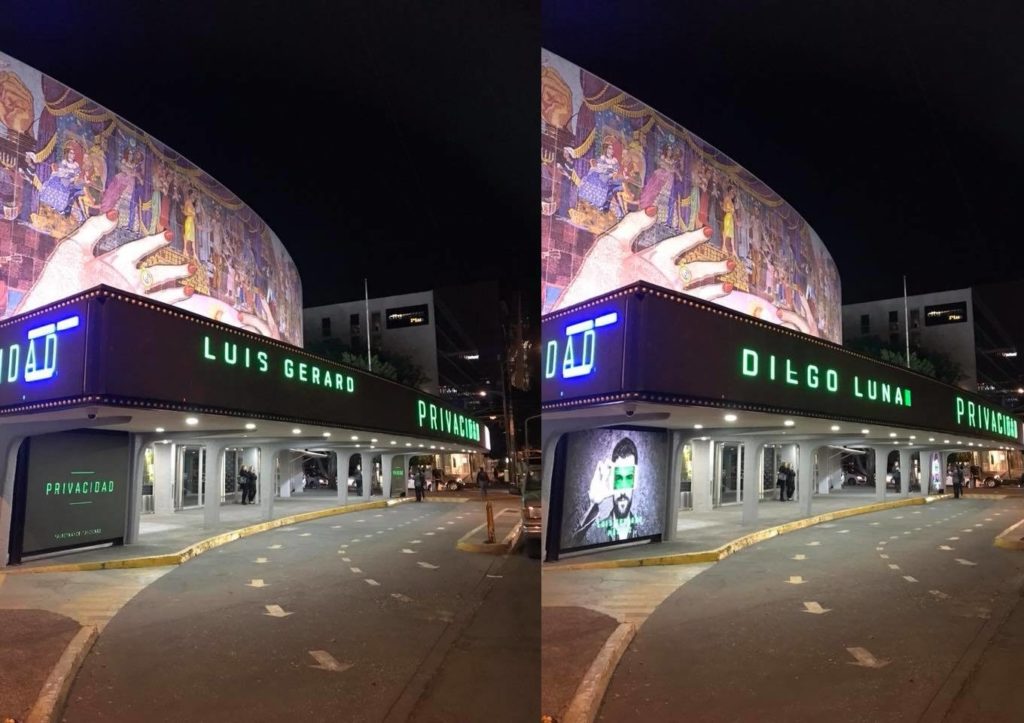 The performances of the two protagonists carry an important weight in the theatricality that the show proposes. Clearly delineated, the characters transport us to the virtual world in a surprising way. Not only because of the characteristics of the actors but because of their careful construction.

The forms of aesthetic experience, the suspension of disbelief and fiction mixed with technology create an unprecedented landscape of the intangible and the new ways of interacting with the virtual world.

The play is absolutely enjoyable, fun, and thematizes our relationship with the digital world and how it affects human relationships.

A disturbing and ingenious look at the lack of privacy in which we are immersed in the current world, due to the impact of social networks and the use of mobile phones, is the axis of the work that addresses everyone to the Internet cluster.

The proposal is that spectators keep their cell phones on during the show, in order to embark on a fascinating online immersion and face a new reality in which we are all connected. The public becomes protagonist on several occasions, breaking the fourth wall and having direct communication with the actors. 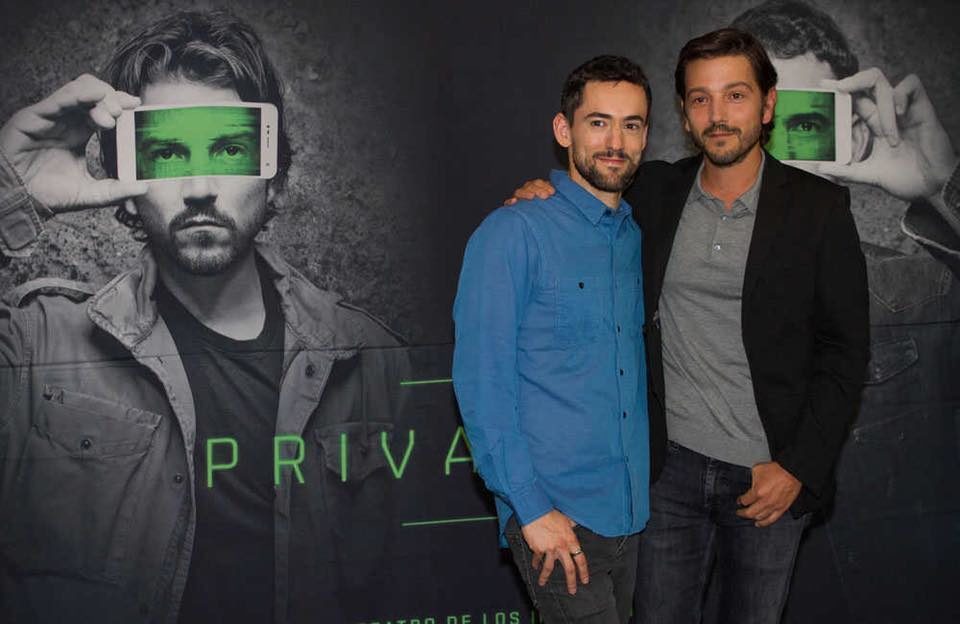 The story is told through a writer who interacts with characters from the digital world, among them: Professor of the Massachusetts Technological Sherry Turkle (Reclaiming Conversation, The Power Of Talk In The Digital Age, Penguin Press, 2015). Fundamental research to understand the value of interpersonal conversation. Also the professor of the University of Virginia, Siva Vaidhyanathan (The Googlization Of Everything And Why We Should Worry, University of California Press, 2011) where we see how in the different Google searches we access a version of the world reduced to the algorithm of what each person indexes and on the other hand, we can see the popularity of searches.

Daniel Solove, Professor of Law at the George Washington University (Understanding Privacy, Harvard University Press, 2008), who in his work dismantles the false dilemma of governments today: to be safe, you have to give up pieces of privacy; the perfect equation to open the door to government surveillance revealed by Snowden, the hero of Graham and Rourke. References are also made to the journalist and civil rights activist, Ujala Seghal and Clive Humby, the British mathematician innovator, who is credited with pioneering the value of Big Data, as the unquantifiable volume of digital traces leaving in each digital transaction and that Humby himself, a precursor of the new forms of consumption, has called the new oil of the economy.

Ari Ezra Waldman is Associate Professor and the Director of the Innovation Center for Law and Technology at NYLS. He is the Founder and Director of the Institute for CyberSafety, which includes the first-of-its-kind law school pro bono clinic representing victims of online harassment.

Patricia Napier-Fitzpatrick, the founder and president of The Etiquette School of New York, Michal Kosinski a computational social scientist and Associate Professor in Organizational Behavior, his research focuses on individual differences in behavior, preferences, and performance.

All these erudition lectures are connected to the local context and questions invites to rethink the value of the physical presence of this solitary writer, addicted to the Internet, recently abandoned by his partner and unable to have a face-to-face conversation without being prey to an anxiety attack, prefer to send a message instead of talking, choose to buy at Amazon rather than stand in a store and prefer to text his ex-partner rather than find him in the real world, which represents us all in different aspects.

The technology gradually acquires the main role of the work, through characters that appear on the scene and invite viewers to perform different tasks with their cell phones, and shows us an allegory about the way in which they apply them. 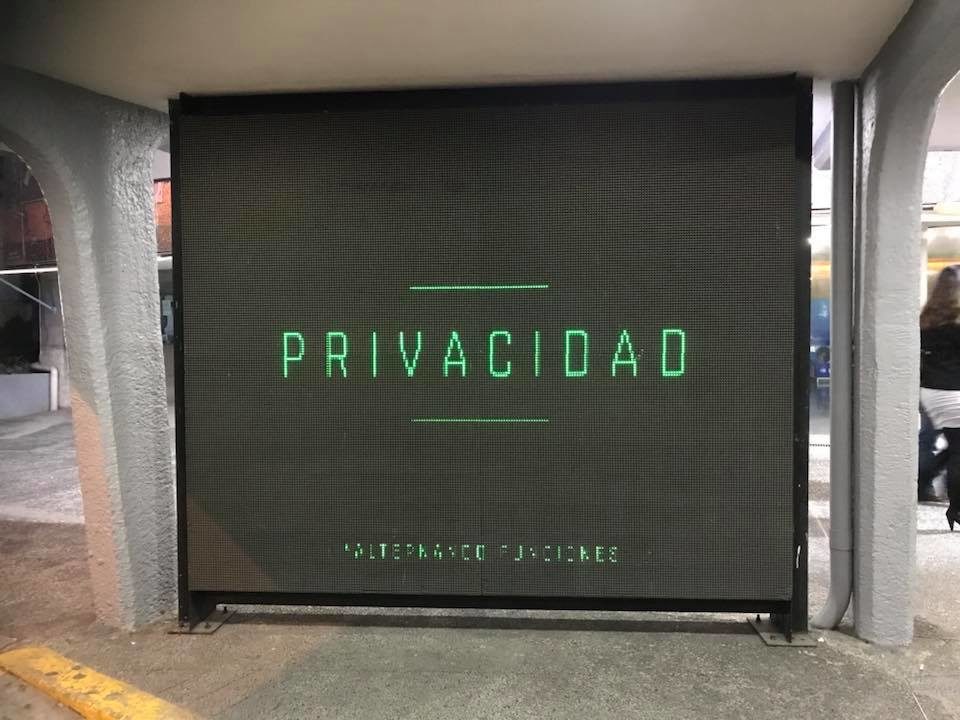 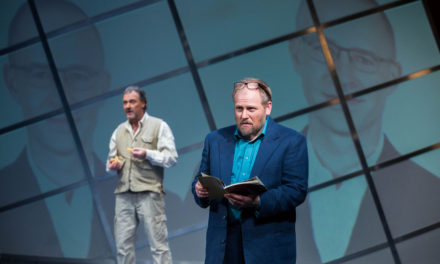