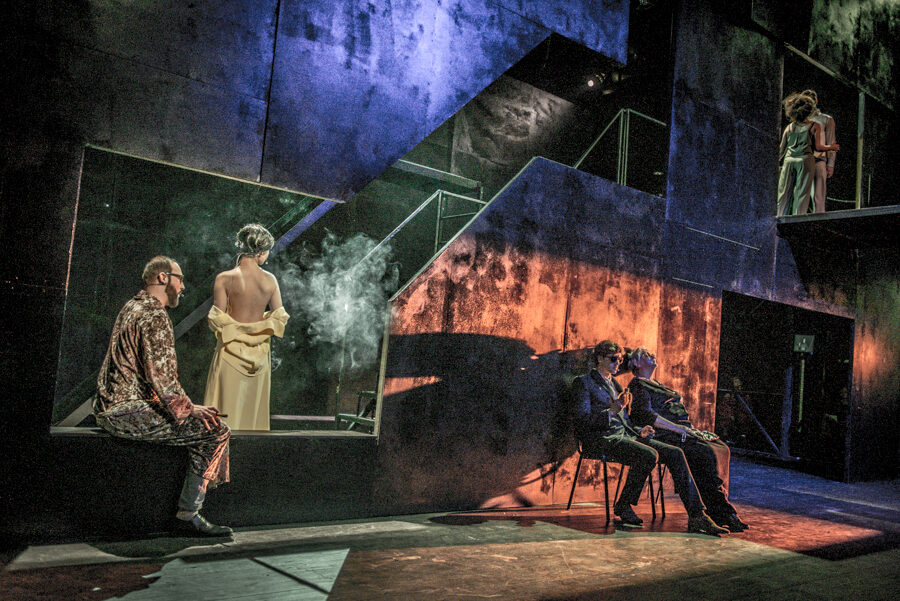 Last year the Malta Festival in Poznan celebrated its 25th anniversary. Now a well-established meeting place for Polish and international artists–and audiences–the festival started out as a showcase for outdoor performances. For the past five years, however, it has offered different strands of activity, each independently curated but all brought together within an extraordinary program that manages to be both popular and, on occasion, provocative. In 2014, for instance, a production by Rodrigo Garcia got caught up in the all-too-familiar claims about cultural “identity” that animate conservative politics everywhere. The attempted censorship, however, resulted in Garcia’s play, Golgotha Picnic, being championed beyond the festival and offered rehearsed readings, at least, at venues across Poland. 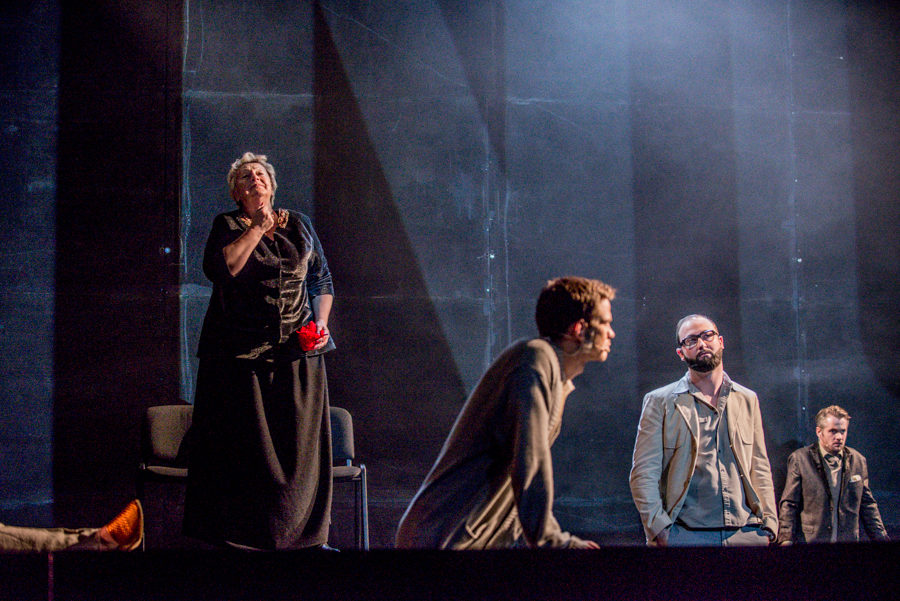 Besides theatre and live art, there is a dance program (held in the redeveloped, former city brewery), which is dedicated to supporting new Polish choreographers. There is also the Malta Generator program of city-wide, community-based free events, which now continues all year round; and the Idiom program, which last year–under the title of “New World Order”–was curated by Tim Etchells, accompanied by the publication of a book introducing texts by and about Forced Entertainment in Polish. (Since 2010, publications have provided yet another strand of the Festival’s activities.) The unblinking neon of one of Etchells’ public-space mottos–“Art Never Sleeps”–provided a distinctly ambivalent comment on the Idiom theme, as if critical vigilance in the age of 24/7 was also advertising a form of violence. In the desert of dreams, after all, the palace of culture that is Las Vegas, watered by the desires of its own extinction, is a beacon of this “world order.”

With the catastrophe of the First World War still being commemorated, the insomnia of a previous generation was recalled in another theme of the festival, the work of Thomas Mann. Here an “Old World Order”–or what Walter Benjamin presciently described, as if it were in the past, as “the destruction of experience”–was re-imagined for the present through various festival commissions. The centerpiece of these was undoubtedly the world premiere of an opera drawing on elements from The Magic Mountain–to which had been added enigmatic allusions to an anaconda. Resolutely pursuing its own meditations on the themes of life and death, the libretto by Malgorzata Sikorska-Miszczuk avoided what might easily have been the anachronisms of Davos (now the home of the World Economic Forum, where those with most responsibilities for our economic ills consult each other on possible cures using the very ideas that transmit the disease). The opera’s entirely electronic score, by Pawel Mykietyn, contrasted vividly with the “live” singing of the cast, fracturing the performance space. This estranging effect was further enhanced by the monumental set (which was transposed from the vertical to the horizontal during a long interval), designed by Miroslaw Balka. 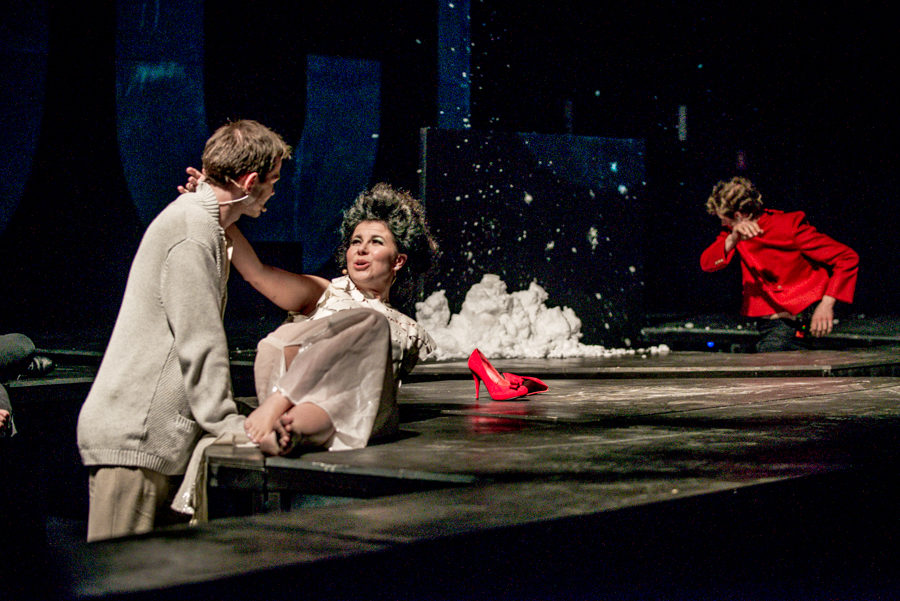 On a distinctly more modest scale, Romeo Castellucci had responded to the Mann theme with a deeply evocative performance-installation, named after Doctor Faustus, located in one of the halls in the city’s derelict former slaughterhouse. In the middle of the space, in which the audience could wander freely about, was a sealed glass box, with a solitary cellist sitting inside. Here the dislocation between the performer’s space and the audience’s was, quite literally, amplified by a time delay in the recital of a sonata by Kodaly (from 1915), with the sound relayed through speakers out into the surrounding hall. At the heart of both sound and space, the human vitrine presented an uncanny silence. Especially if one stood up close to the glass, these strange moments in which the playing of the cello was visible and yet, for a vital few seconds, was inaudible were profoundly affecting. During the concert, the glass walls of this curious time capsule, like a disquieting experiment that had landed from elsewhere, gradually misted up with condensation–as if to prove that the performance was, indeed, “live.” Gradually withdrawing into an obscurity produced by his own breath, the musician finally fell silent. It brought to mind the proverbial image of a canary in a mine, presaging the catastrophe of which it will be the first victim. History and myth, fact and fiction, were curiously elided here in the truth of theatrical illusion. Indeed, such play between manifest artifice and latent meaning seems to be the hallmark of Castellucci’s dreamwork of theatre.

In rather more a playful mood, Jérôme Bel’s Shirtology teased audience expectations through gentle games with words, both verbal and visual (emblazoned on the T-shirts that he wore, layers of which were stripped off). This seemed to become a ruse for questioning what might ordinarily be supposed of a choreographed relation between movement and music. As humorously suggested by the work’s very title, the apparent simplicity of this “dance” performance was as complex as one might wish for. The intelligence in its economy of means proved far more exciting than those stage spectaculars that depend less on the embodied imagination than the prosthetic projection of digital technologies.

Vlatka Horvat (with This Here And That There) also offered a compelling example of a performance not needing an apparatus supposed to compensate for the vulnerability of the body’s presence before an audience. This eight-hour work allows the audience to arrive when it is already underway and to leave while it is still ongoing. We find ourselves hauntingly figured in the contingency of the artist’s decision-making as she continues a process of spatial composition with simply a set of chairs. The interplay between both her momentary reflections upon, and anticipations of, the placing of each individual chair and the geometrical forms that they then visualise as a whole set–diagonals, curves, crosses, parallels, circles–suggested a choreography in which (as with Bel) both the formal and the material dimensions were, refreshingly, each the equal of the other. 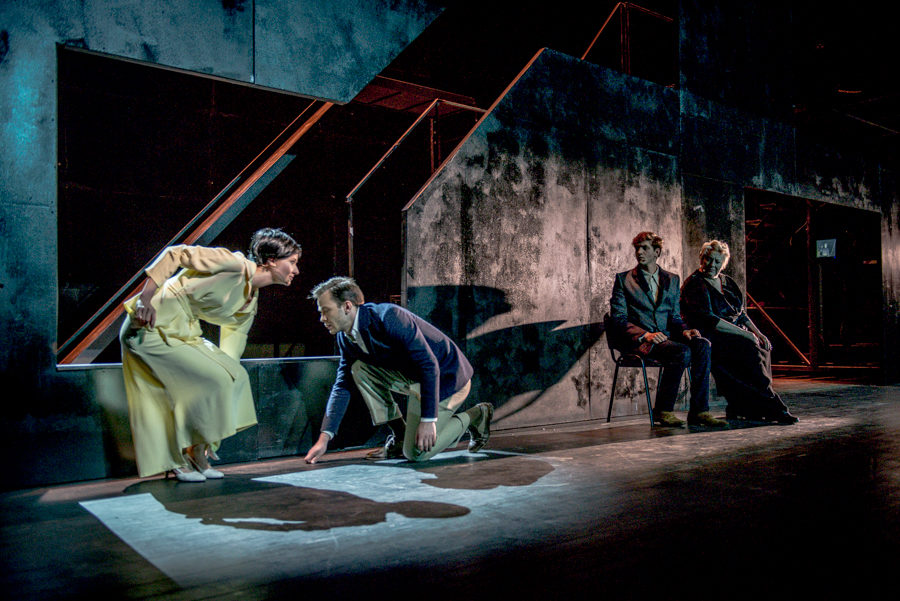 Perhaps the most intriguing performance, at least for this Anglophone visitor, was an award-winning version of Mickiewicz’s Romantic mystery play, Forefathers Eve, one of Poland’s emblematic national dramas, presented by Poznan’s Teatr Nowy (directed by Radoslaw Rychcik). The production transposed the scene of action from early nineteenth-century Tsarist-occupied Poland to 1960s North America. Rather than the Russian imperialism to which the play refers (and with which its history of reception, not least during the post-war People’s Republic, has been so bound up), here the gestural world belonged to the Imperium of Coca-Cola, basketball, and segregation. From the pre-show on, it seemed as though the index of the play’s contemporaneity– conceived of in relation to “Global culture”–was the presence of black performers in the cast. This pointed to an interesting comparison of Mickiewicz’s Biblical evocations of slavery and salvation with the Civil Rights Movement, where both interweave the symbolic and the historical in the cause of emancipatory politics. Faced with such evidence as the tragic continuity of homicidal police violence. However, this remains in many respects a still unrealized freedom for black citizens. The history of Polish sovereignty is rather different, and it was disconcerting that in this production the black cast members seemed confined to a supplementary role that remained marginal to the drama being enacted on stage. Here again, estranging the complicity between performance and audience space provoked questions as to what may be experienced as “contemporary” theatrically.

Amongst so many other interesting performances over three weeks (of which, unfortunately, I attended only the last weekend), the festival also offered an opportunity to see Rabih Mroué’s trilogy of performance lectures, On Three Posters, The Inhabitants Of Images, and The Pixelated Revolution. Hosted by Poznan’s legendary Theatre of the Eighth Day (which had also performed during the festival), Mroué presented a subtle autopsy of images within the “new world order.” In his examples, the relation between bodies and the political imagination is not simply virtual, but literally a matter of life and death. An ironic palimpsest of their own conditions of presentation, the lectures continually question what it might mean to imagine the motives of those who have given their lives in order to participate in images of–and, indeed, for–political change; a presentation which then addresses what it means to be their audience now, when the virtual and the literal appear as if they were interchangeable.

The Malta Festival takes its name from an artificial lake (constructed in the 1950s to host water sports) where this year’s final concert–by the Michael Nyman Band–took place. I must confess that to my cloth ears Nyman’s music sounds like a form of sonic Tourette’s–with a compulsion to repeat phrases, which insist rather than develop–especially when, as here, juxtaposed with silent film sequences of archive footage from the First World War, as if the one informed the meaning of the other. The enthusiasm of the band’s fans was not to be dampened, however, even by the rain that fell during this last night of the festival upon the faithful and the skeptical–the Settembrinis and the Naphthas–alike.

This article first appeared in Contemporary Theatre Review, 26.2 (2016). Reposted with the permission of the editors. 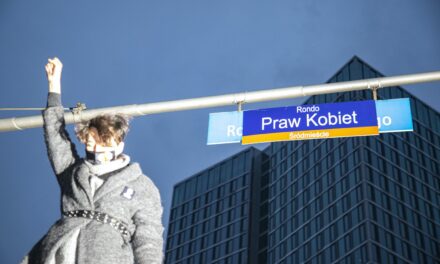