Brodsky / Baryshnikov is a one-man show based on the poems of Nobel laureate Joseph Brodsky, performed by Mikhail Baryshnikov. The show will be arriving in London for the first time this May.

I.K.  How would you describe Brodsky/Baryshnikov in one sentence?

What made you say “yes “ to participating in Brodsky/Baryshnikov project staged by Alvis Hermanis?

Alvis Hermanis invited me to do it, and I was honored to work with such a remarkable director. I couldn’t say no! I prefer live theatre. The immediacy, the terror; it’s the ultimate challenge.

Did you take part in the writing of the performance script or was this just Alvis doing it?

There was never a script. The director, Alvis Hermanis, selected a range of poems including very early and very late ones. To explain the staging of this show would take a long time. We lived with this text for some time and it was a fascinating process for both Alvis and me. 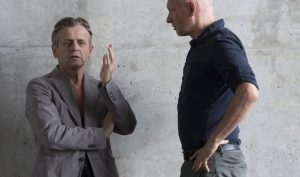 It is frequently said that this show is about death, powerlessness against time and age. Do you also see it this way?

I think that’s up to the audience to decide. They are the main participant after all.The goal is always to stay true to the director’s original vision. The set is a beautifully decrepit glass winter garden from the turn of the 20th century. I think it captures the quiet introspection and pensive mood of the play perfectly and Joseph would have loved it. It can be lonely out there, speaking of the ultimate challenge, but I love it.

What are your feelings and perceptions when performing onstage? Are you alone or are there two of you?

The play is an intimate experience – a conversation between me, and my beloved friend – and so I hope the viewers can feel included in that intimacy. It’s just me, and Joseph’s poems. I mainly wanted to be honest and true to his work. I try to be truthful to myself and to be as truthful as I can to my friend. The whole project is a responsibility, but there’s great joy there.

Who would you most like to see in your audience?

People who are interested in poetry, maybe Russian poetry in particular, but not necessary Russian speakers. We have an excellent translation by Jamey Gambrell, a former student of Joseph’s. In my opinion, she captures his humor, wit, and wisdom so the play is accessible to everyone.

How do you find performing in Russian to an English-speaking audience?

When I’m on stage in this show I try to forget the audience and pretend I am alone in the auditorium. It’s a conversation between me and a person in the past so the language the audience speaks is unimportant.

Dance and word/poetry, do they have anything in common? What are your impressions of simultaneously acting in these two elements?

It isn’t a dance show, and it isn’t a narrative: it is about Joseph’s work and my reactions to it. And Joseph now lives in his poetry, in his words. 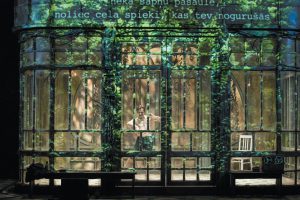 Is it an attempt to “dance through” the certain existential human states?

That was a requirement of the director. There’s no dance per se, but there’s a lot of body language so that was the bridge to bring my dance background into the drama of the play. Well…what’s there in life? Fire, death, anxiety, love, fear…it’s all there.

How does acting in a theatre production differ from dancing? Which do you prefer?

I don’t feel a difference. Patience and discipline unite them, and I use the same instincts so I can’t really make a distinction between the two.

What do you think makes Joseph Brodsky’s poetry unique and a work of genius?

Deep, scathing intelligence combined with the most simple and deep emotion.

What do you remember of the moment when you first heard Brodsky’s poems Which role did his poetry play in your life?

It was more than 50 years ago when I first read Joseph’s poems and they hit me hard. Truth and grace in words. That’s the thing, Joseph’s work is extraordinarily relevant to the present.

What is your favorite poem by Joseph Brodsky? 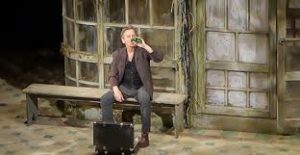 That changes all the time depending on what’s going on.

What are your major future projects and plans?

Right now I am traveling with two plays (Robert Wilson’s Letter to a Man and Brodsky/Baryshnikov.) I’m good with that.

How would you describe yourself?

To book your tickets, please, follow the link: https://www.nimaxtheatres.com/apollo-theatre/brodsky_baryshnikov

This post originally appeared on Russian Art + Culture on March 29, 2017. 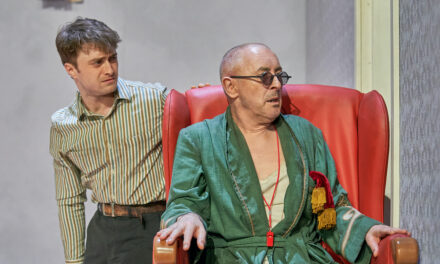 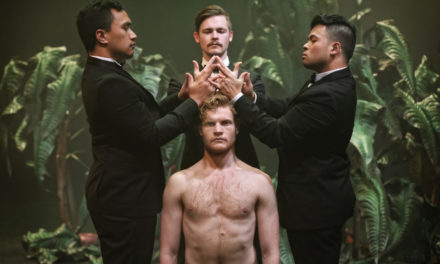