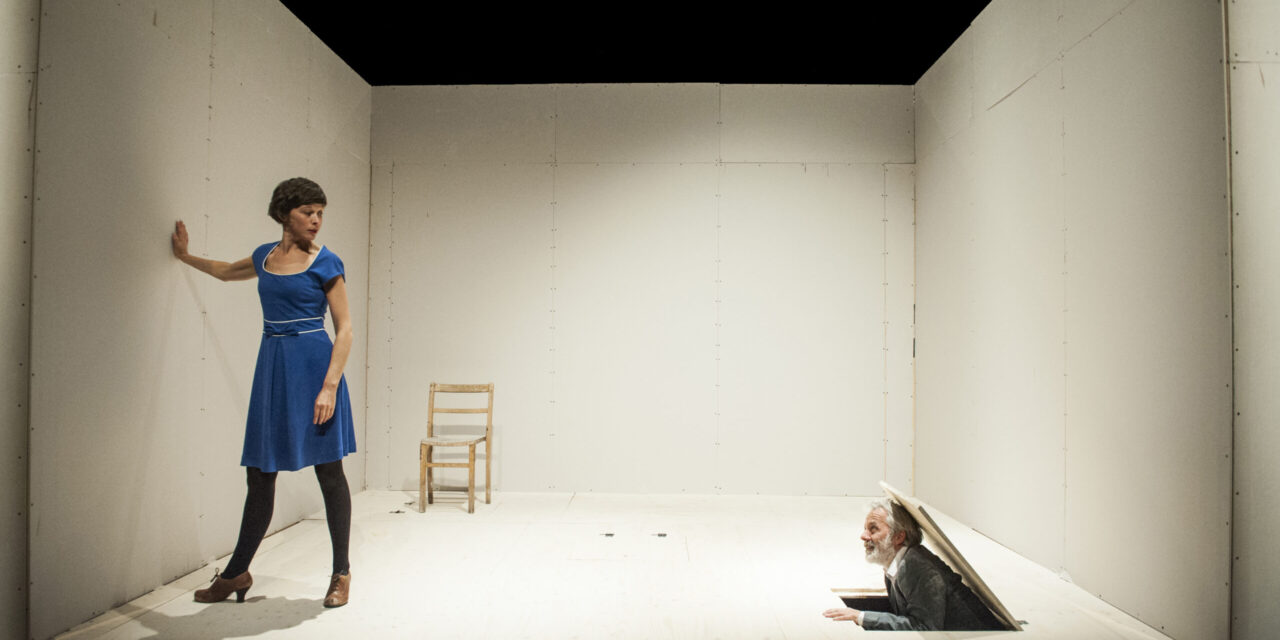 During an art and culture online ubiquity that was expanded in the course of the global pandemic, the International Online Theatre Festival (IOTF) launched its 2nd edition on the 15th of April. This year’s festival, under the direction of Maria Delgado, Xunnan Li, Alma Perec, and Gabriel Vivas-Martínez, gathers a variety of performance documentations that question the role of theatre-making “in a world where you can be anything.” Offering a clear curatorial point of view proves to be an essential project undertaken by IOTF when considering that the quantity of recorded performances that is currently available online is abundant and perhaps difficult to navigate. Furthermore, IOTF, providing remote access to international and less well-known perspectives on theatre-making, helps to maintain openness during a moment of imposed isolation.

Stylistically different but equally engaging, Negative Space by Reckless Sleepers, Album Family by Matteo Spiazzi and Anty-gone Triptych Part II by Song of the Goat Theatre are three performances that aim to respond to this year’s festival theme by placing the moving body in focus. Everyday physicality, mask work, and virtuosic dance are part of this open-bordered online landscape that is inhabited by multiple identities.

Funny and at times gently violent scenes between siblings unfold in a white room as part of Negative Space, a physical theatre performance directed by Mole Wetherell and performed by the British-Belgian company Reckless Sleepers. In an effort to co-exist in the same place, the bodies in Negative Space interact strongly with the constructed architecture on stage causing its gradual destruction. The process of destroying the white room guides the physicality of the performers. Neutral and everyday movements and actions are devised around a cause and effect performance structure. Unexpected cut-outs of space gradually reveal the surrounding area and blur the boundaries between the white room and the black stage. The trap-doors on the performance floor become entrances and exits from the white room and even the non-existent ceiling is used as an invisible door for the bodies to appear in the scenic space from above. During the dismantling process, a hammer or even the bodies of the performers serve as tools to push or pierce the walls. As an answer to the aggressive use of the hammer, offering a rose is a sign of reconciliation and of making peace between the roommates. All these space transitions and interactions are orchestrated into a playful choreographic arrangement that uses creatively the minimal set design but it often lacks rhythm.

In a completely different environment, the concept of sharing space is also applied in Family Album, a mask theatre directed by Matteo Spiazzi. Three different generations, polarised around the predominant figure of their elderly mother, are the silent actors in Family Album. In a 90’s apartment designed for the stage of the Left Bank Theatre in Ukraine, stereotypical family scenes of care and tension unfold among standard gender roles during the period of the collapse of the Soviet Union. One of the most captivating and applauding characteristics of this performance is undoubtedly the use of face masks in the style of modern Commedia dell’Arte. The character of every performer exclusively depends on the careful and detailed curation of the body language of every role. Speed and energy of movement, the way of holding a posture, rigid or sequential movement, gestures and ways of walking, constitute the distinct bodywork of every character that is based on gender binarism and the habitual moving patterns of different ages. A portrait photo, as well as the action of taking a final photo, becomes the connecting point among the bitter-sweet scenes of the theatrical plot. The way of making theatre is also distinct in the case of the Polish company Song of the Goat Theatre’s Anty-gone Triptych Part II; a synthesis of polyphonic singing and dancing on the sound of a music composition made for a solo cello. Elaborating the oppositional character of Anty-gone, as the vocal text narrates, she is the one who resists escaping from (letting go of) her beliefs. Inspired by Antigone, the well-known Ancient Greek theatrical play written by Sophocles, the struggle between family and civic duty is reflected in the multiple incarnations of Antigone by the dancers. In contrast to the traditional adaptations of the play where the chorus is moving and singing contemporaneously, Anty-gone consists of two separated choruses, a vocal and a dancing. Choreographed by French choreographer Melanie Lomoff, each dancer embodies a different aspect of Antigone’s beliefs and doubts. Jumps, fast movements, slides on the floor and back arches combined with visceral and expressive movements are performed by well-trained bodies with high extensions and strong physicality. Moments of movement passing sequentially or in canon from one body to another create visually pleasing rhythmic patterns while intertwined body parts and entangled bodies reveal the internal drama that Anty-gone goes through. These are only three of the endless ways of exploring the complexity of human relationships through theatre and of placing the moving body at the heart of narration. “In a world that you can be everything” according to the motto of the International Online Theatre Festival, theatre is a place that everything is possible. Nevertheless, the more respectful is the documentation of performance to the norms of the screen, the stronger is the power of online theatre. To this end, the direction of Anty-gone for the screen — a mixture of close-ups and wide views combined in a choreographic rhythm — succeeds to create an emotional impact enhanced by Maciej Rychły’s music composition. Furthermore, the presence of the audience in the screen version of Negative Space creates a much-needed connection of the recorded performance with the live event. The presence of the audience at the beginning of the play is a reminder that the performance has not been conceived for the screen medium but it has been adapted helping us in this way to be aware of the lack of freedom that we may have as spectators regarding where to focus our attention. In addition, selective camera perspective and editing for Family Album raises questions about the importance and relevance of what lies outside the frame of the screen when actions that take place on stage remain invisible. As producing digital culture is presented as a popular and promising solution to accessing performance made locally as well as at different parts of the world during and after a global pandemic, a point to keep in consideration is the potentiality of the mediation of the screen between live performance and digital audience.

The three productions will be available on the site of the International Online Theatre Festival until the 15th of May 2020. 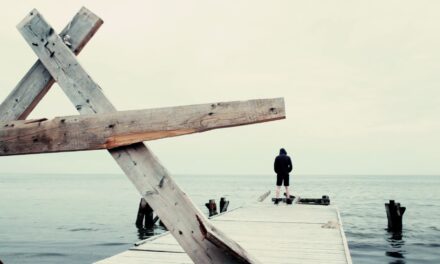