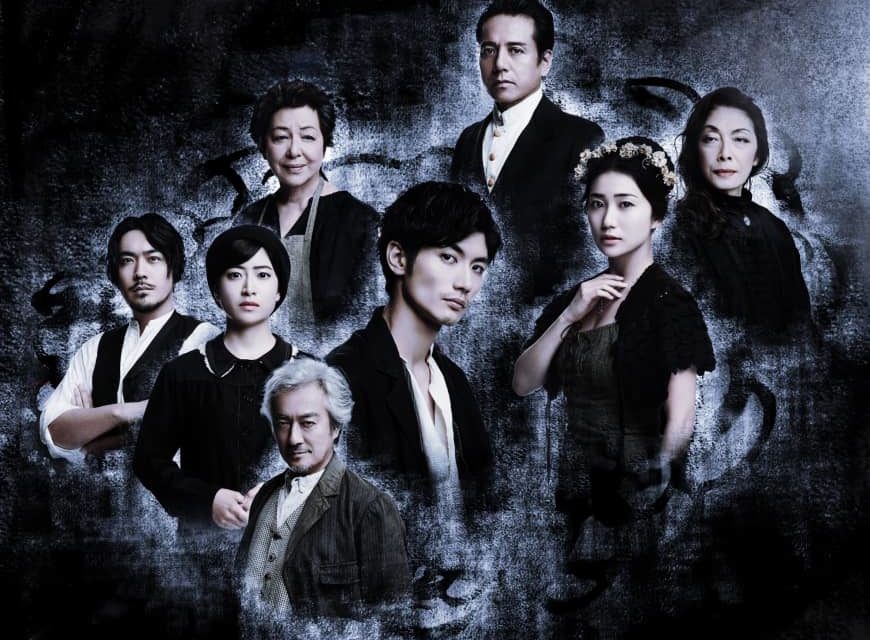 In a scoop for Tokyo, Theatre Cocoon in Shibuya Ward is set to mark the new year with the world premiere of a new production of Russian writer Fyodor Dostoevsky’s Crime and Punishment in an original production by English director Phillip Breen with a Japanese cast.

Published in 1866, the book’s protagonist is Rodion Raskolnikov, an impoverished former law student with psychotic delusions of grandeur who escapes undetected after murdering an old pawnbroker to rob her, then turning his ax on her half-sister who appears by chance.

Afterward, Raskolnikov (played here by Haruma Miura) is tormented by guilt until he meets Sonya (Yuko Oshima), a pure soul driven by debt to prostitution, who is perhaps the first friend in his life. After admitting to her what he’s done, he follows her advice to tell the police to atone for his sins — a confession they’re not sure whether to believe or not, but which earns him a stint in Siberia, where Sonya follows to visit him and await his release.

As for why Breen is staging this new work in Tokyo now, the director — whose career spans straight plays to Shakespeare, modern comedy and musicals — says he directed Tennessee Williams’ Orpheus Descending and A Streetcar Named Desire for Theatre Cocoon in 2015 and 2017, respectively, and wanted another vehicle for Miura, who had starred in Orpheus Descending.

“Back then he’d done lots of film and TV work but not much stage acting — yet he was brilliant, with lots of charisma, very fine emotions and huge skill,” Breen says.

“Afterwards, I met him in Regent’s Park in London when he came over to learn English. I was amazed he could talk intelligently about Crime and Punishment just 2.5 years after we’d needed a translator together. That convinced me he was a potential Raskolnikov because it’s a massive role — it’s Hamlet-plus.”

Meanwhile, Miura, 28, recalls that time in the spring of 2017, saying, “I only stayed two months in England so I can’t really comment on the culture or theater. What was more important was having my own time far away from home to think about me and what I really want to do and become. I also realized the importance of voicing my opinions.

“Of course it was great seeing West End musicals such as Kinky Boots (in which he played the drag queen hero, Lola, in its 2017 Japanese production that won him a prestigious Yomiuri Drama Award). I also loved going to marvelous museums, visiting historic places like Stonehenge and Bath and exchanging views with the other students. Yet because nobody knew about me, I felt so lonely,” he adds with a laugh.

As for now, Miura says he’s really enjoying working with Breen again and enjoys the open atmosphere in rehearsals in which actors exchange opinions freely with the director.

“Every day he puts me on the spot with unexpected questions and requests and I have to use my brain and body to respond instantly. It’s an intensive training (process), but it’s a very comfortable one and there’s a deep mutual understanding among the creative team,” says Miura.

For his part, Breen says he’s been thinking about staging Crime and Punishment for almost 10 years and had previously written a three-part, 250-page script for the Royal Shakespeare Company that was shelved when a new artistic director took over in 2012. Since then he’s been waiting for another opportunity, “though not many theaters in the world could stage it in full.”

Now, at Theatre Cocoon, he’s about to realize that ambition — but only after cutting back his adaptation and adjusting it for Japanese audiences.

“Whereas Miura and Cocoon are the practical reasons for doing this now,” Breen says, “the novel’s epilogue about a dream Raskolnikov has while he’s in Siberia struck me very powerfully, and that’s my artistic reason.

“In his dream, a disease made every European think they alone had sole access to the truth. Because of that, everyone started fighting each other in a great conflagration.

“Of course that seems like a prediction of World War II and communism and fascism. But I think it has a lot to say about the digital world in which everyone thinks they have the inside line on every news story and every subject,” Breen continues.

“In the White House now there’s also a man who is all about ego — me, me, me, regardless of the rest of the world. He is representative of a cultural movement supported by social media that takes us away from notions of collective responsibility and our duty to our fellow man,” he adds.

Miura, too, believes the novel is very special as it follows the killer’s later life in which he faces punishment by his conscience and sets a new course for himself.

“Today we easily criticize and condemn a person who breaks the law, and we just exclude them from society. However, I think that’s dangerous because if we continue opting for that kind of instant solution we’ll never address crime’s causes or stop it from happening,” he says.

“I mean, we shouldn’t divide people into good or bad, as there’s good and bad in everyone. So we need to try and understand a criminal’s inner self to work out how to get them to atone for their sins. Here, because of how Breen has created such a vivid play, audiences will be confronted with lots of issues like that,” says Miura.

For this production, Breen has brought with him set and costume designer Max Jones and music composer Paddy Cunneen, long-term collaborators with whom he “aims to create a very theatrical work that expresses the poetry and ambiguity of the world Dostoevsky described.”

But Breen also cautions, “as Dostoevsky said again and again, ideology isn’t what you think — it’s what you do.

“So if there is a thing called mercy, what about someone who premeditatedly murders someone? Can that person ever be forgiven? How might they move on with their life? It’s a fascinating topic.”

The stage is set for what promises to be a splendidly memorable start to 2019 in Japanese theater.

This article originally appeared in TheJapanTimes on January 8, 2019, and has been reposted with permission. 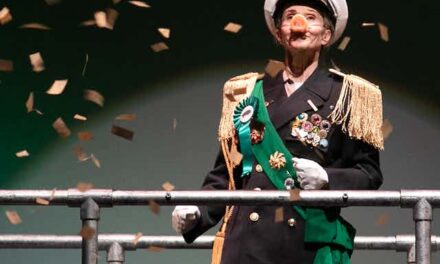 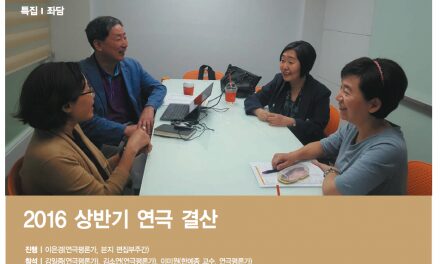