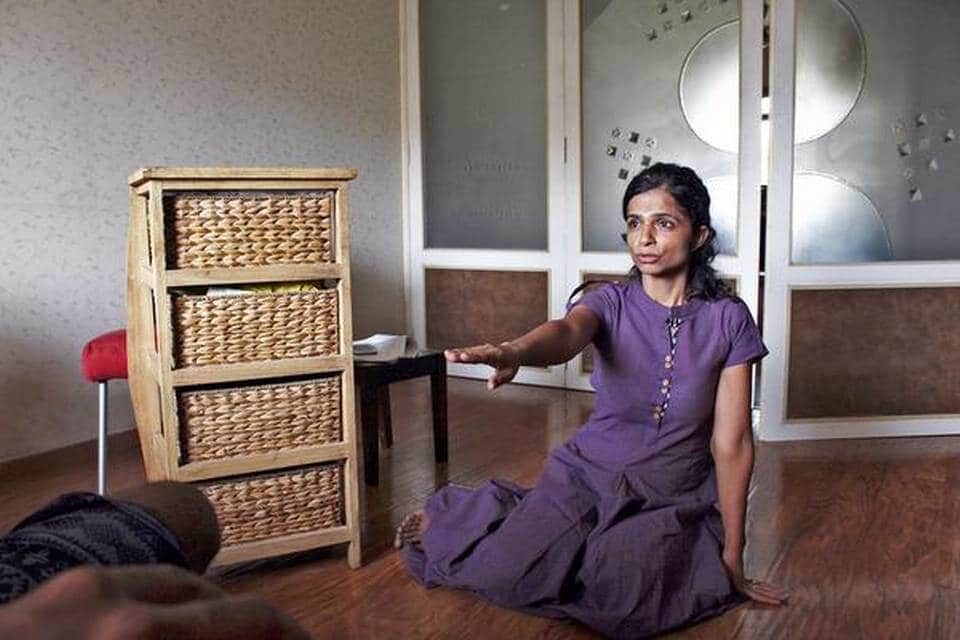 Women bhakti poets like Janabai, Lal Ded, Soyarabai and Akka Mahadevi were not only the earliest feminists in India but also challenged the patriarchal norms of society through their songs, poems and ways of life. They used poetry as a means to define their own truths and break societal rules and stereotypes. Actor, writer and director Ulka Mayur pays an ode to the spirit of these women through her new solo theatre production Cast Off All Shame that premieres this evening.

The play begins with medieval bhakti poet Janabai coming alive and taking on the role of an agony aunt to today’s women who have often been body shamed and slut shamed. What follows is a theatre experience punctuated with soulful bhakti poetry of Akka Mahadevi, Awaiyyar, Lal Ded and Soyarabai and tongue-in-cheek observations. Even as Janabai straddles two epochs alluding to marginalized women, bhakti poets and mainstream viral comments, the show strikes a balance between the literary and entertainment.

Mayur, who has written and directed Cast Off All Shame, says, “I got the idea for the play when I was research[ing] bhakti poets earlier this year. I was fascinated by the free spirit of these women. Usually, whenever we think about bhakti poets, the emphasis is usually on the mystical aspect. But I wanted to focus on their liberal spirit which spoke about [the] right over one’s body, [the] right to choose and resist exploitation etc.”

It was while reading the poems of Akka Mahadevi, Awaiyyar, Lal Ded, and Soyarabai, that Mayur realized their works were pertinent even today. “In today’s so called modern society, we are still being body shamed and slut shamed especially on social media. I felt I should draw parallels between both the worlds – the modern world as well as that in which these bhakti poets lived. So, I wrote fictional stories about four women who have been shamed at some point in their lives and their tales are juxtaposed with the lives of these bhakti poets.”

Despite being a trained Kathak dancer, Mayur was clear that she didn’t want to do a musical. Instead, she wanted the piece to focus on the words of these poets and their stories of resilience. She chose Janabai as the focal point as she was a woman with myriad shades. “Janabai was a lower caste woman who worked as a domestic maid, treated God as a woman and addressed Lord Vitthala as Vithabai. These aspects about her personality appealed to me,” says the actor-director. In the play, Mayur has Janabai hosting a radio show to which four distressed women call seeking her advice. “She brings in different poets and recites their works in such a way that it addresses these women’s queries,” adds Mayur.

The actor also heads Story Circus (an organisation that curates and performs forgotten folktales), has also written and directed the play Tik Tak Tales that premiered last year. Mayur is keen to present Cast Off All Shame at alternative venues in the future and adds that the next show will be staged next month as well.

This article was originally posted at The Hindu. Reposted with permission of the author. Read the original article here.