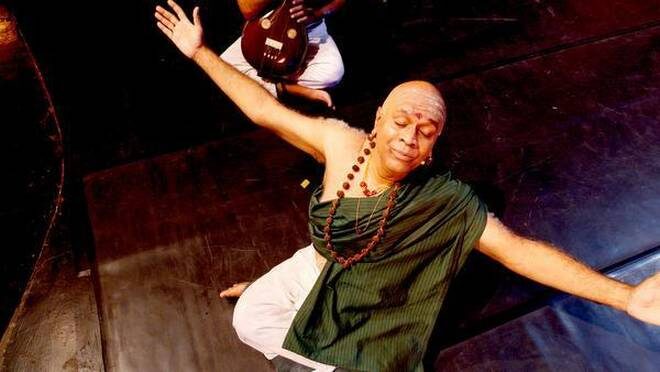 The Madras Players’ Trinity, filmed by a four-camera set up, will be made available for a global audience in June.

In 2020, the celebrated trinity of Carnatic music —Thyagaraja Swamy, Muthuswami Dikshitar and Shyama Sastry — was witness to thundering applause on a stage in Toronto, Canada. Rather, the musicians and actors who played them received the applause.

Trinity, The Madras Players’ rendition of Seetha Ravi’s short stories translated by Prabha Sridevan, retired judge of the Madras High Court, has been on stage since 2018.

The 66-year-old theatre group’s creation, which strings together the lives of these three musical stalwarts into a single narrative, marries Carnatic music and live theatre making it an intruiging “Indian musical” to international audiences.

The translation of Seetha Ravi’s short stories was first published in 2017, in The Hindu Sunday Magazine, on three consecutive Sundays. It was then picked up by director PC Ramakrishna. After premiering in Chennai in 2018, it travelled to Hyderabad and was later invited to Toronto, Houston, Austin, Atlanta, Chicago, Los Angeles, San Jose, Philadelphia, New Jersey, and Dallas in 2020. But the pandemic had other plans, and the tour was cut short.

After having had to cancel their tour of 11 shows in the US, following a successful run in Canada, the crew has now recorded the play for a global audience. Sabhas in Singapore and Australia, apart from the US, had expressed interest, says Ramakrishna.

The two hour-long play was filmed on the premises of Kalakshetra with a four-camera (high definition) setup. “I wanted the visual quality of film, including close ups and reactions, but the feel of stage. We used the same set that we had used for the stage,” says the director. Since the performance is heavy on live music, the songs were recorded separately and were mixed in post production.

The shots were chosen sequence by sequence at the edit table which took about a month and a half to be completed, says Ramakrishna, adding, “it was important to me that the audience feel that they are still sitting in the front row.”

Why does Trinity have a global appeal, despite it being set in the niche world of Carnatic music and South Indian culture? “The [Indian] diaspora brought up in music and dance abroad, appreciates the play because it deals with both music and theatre. Many in the second generation, who are learning music and dance, can now sit with their family and watch the play from wherever they are,” says Ramakrishna.

Moreover, the cast — Vijay Siva playing Muthuswami Dikshitar, Gayathri Venkataraghavan as Lalitha (wife of Shyama Sastri) and S Sunder as Thyagaraja — are not unfamiliar names, especially in North America. This is also the time when artists travel for their individual tours, and also perform in festivals like the Cleveland Thyagaraja Festival. The diaspora is now deprived of such experiences owing to the pandemic and hence the interest in performances like this, even though virtual, has seen a rise.

“The original play was 90 minutes. When North America invited us, they said they needed it to be two hours long with the musical content increased. So, I added 30 more minutes across the three sections,” says Ramakrishna.

Working in collaboration with kalakendra.com, Trinity will be launched for public viewing on June 25, 26 and 27.

This article was originally published to thehindu.com on May 27, 2021, and has been reposted with permission. For the original article, click here. 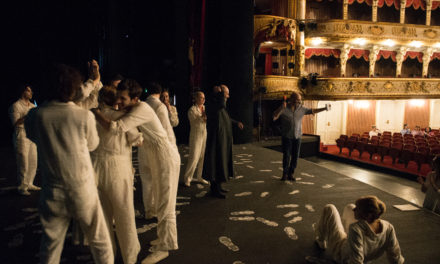