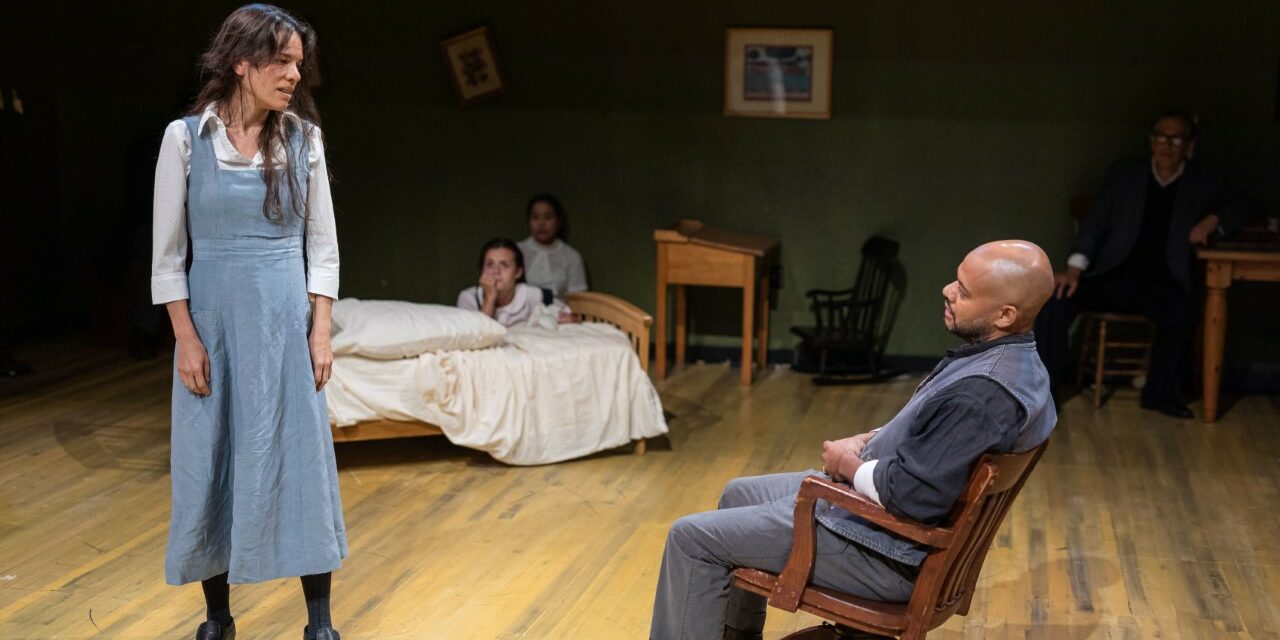 Susannah Millonzi (as Elizabeth Proctor) and Ryan Quinn (John Proctor) look at each other in Bedlam's production of "The Crucible." Photo courtesy of Nora Theatre Production, 2019.

Bedlam Theatre, a New York City Company, was founded in 2012 by the actress Andrus Nichols and the actor/director Eric Tucker. Their first show, George Bernard Shaw’s Saint Joan, was performed by four actors in 2015 at the Central Square Theatre in Cambridge although it was written for eighteen. As the company has grown larger it has continued reviving Saint Joan and sending it on the road as it does with their other productions.

In 2016, Bedlam returned to Cambridge where they played two renditions of Twelfth Night. Two years later they presented Hamlet at the Cutler Majestic Theatre in Boston with a cast of four.

In the winter of 2019, the company revisited the Central Square Theatre where it presented George Bernard Shaw’s Pygmalion with only six actors.

This fall the Bedlam Theatre performed a revival of Arthur Miller’s four-act play The Crucible at the Central Square Theatre. In the mid-twentieth century, Arthur Miller and Tennessee Williams were considered America’s most important playwrights although their style and subject matter differed greatly. However, the two men wanted American society to change. Both playwrights shocked audiences of the period because of their interest in sex. Despite societal changes, the two playwrights’ works still appear regularly throughout the country.

Miller’s Crucible which draws on seventeenth-century Salem Massachusetts’s witch hunt was timely when the playwright wrote it in during the McCarthy era (named for the Republican Senator Joseph McCarthy) and remains timely today under our current president. We are reminded of that fact when Governor Danforth (Joshua Wolf Coleman) says, “Now we shall touch the bottom of this swamp.”

The Crucible opened in New York in January of 1953 with a strong cast, but a director (Jed Harris) that Arthur Miller regretted hiring. The production received mixed reviews but would win the Tony Award for best play.   Miller later rewrote and redirected sections of that work.

Bedlam’s cast of thirteen, many of whom acted more than one role, was split for the most part between New York actors and local actors. Director Eric Tucker is the production’s Reverend Hale, a pious Christian, who believes in the devil and consequently witches. He is called to Salem to put an end to witchcraft.

The play begins with a frightened Reverend Parris (Randolph Curtis Rand) praying beside his sleeping daughter Betty whom he cannot wake. His orphaned niece Abigail Williams (Truett Felt) who enters is the leader of a group of girls including Betty who go to the forest secretly to do forbidden antics such as dancing naked. Although Parris has sent Abigail to find a doctor, she claims she was told that there was no medicine for Betty’s condition. Parris is aware of the girls’ activity and fears the reaction of the townspeople towards him if they discover it. He took his niece into his house when she lost her job as a maid while working for Elizabeth Proctor (Susannah Millonzi). What he does not know is that Elizabeth Proctor dismissed her for sleeping with her husband John (Ryan Quinn). Mary Warren (Caroline Grogan) has replaced her friend Abigail as Goody Proctor’s maid.

John Proctor and his wife are the main characters in the play in that they are similar to Arthur Miller and his first wife. Both of them feel guilty; John because he was unfaithful to Elizabeth; Elizabeth because she believes she was a cold wife who drove her husband to infidelity. Both are arrested for witchery as are many innocent townspeople, most of whom are hanged. Although at first John Proctor pleads guilty to save his life, he changes his mind when he realizes that he will lose his good name.

Lindsay Genevieve Fuori’s simple set consists of chairs, tables and a bed that are moved about as needed. A few pictures hang on the wall and a lightbulb hangs from the ceiling. At times the actors carry flashlights in the dark. Elisabeth Rocha’s costumes are for the most part based on today’s clothing, although the female clothing is more subdued. The production is well done and the acting engrossing.

When The Crucible left Cambridge on October 20, the company returned to New York to mount the show there. 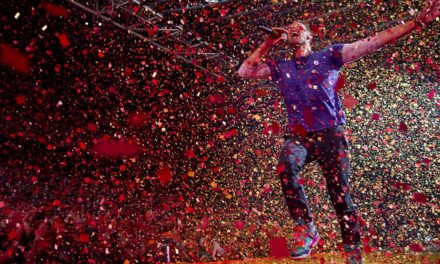