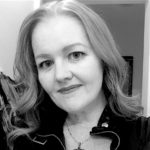 Sarah O'Connell is originally from the San Francisco Bay Area where she served as the Associate Artistic Director of Impact Theatre. She holds a Master of Drama degree in Directing from the Royal Conservatoire of Scotland. Her work has been performed internationally, and includes several regional and world premiere productions. She is an alumnus of the West Coast and Chicago Director's Labs, and La Mama ETC in Umbria. In addition to teaching at UNLV and CSN, she has worked at a variety of professional companies including American Conservatory Theatre , TheatreWorks, the San Francisco Mime Troupe, and Glasgow's Theatre Cryptic. Since 2003 she has served as Artistic DIrector of The Asylum Theatre in Las Vegas, and co-owner of Axislights Inc, a production lighting services company. In 2015 she founded EatMoreArtVegas.com, a website dedicated to the promotion of Las Vegas independent theatre featuring audience ratings and professional reviews. In October 2017, she joined Nevada Conservatory Theatre (NCT) as a PR consultant. Ms. O'Connell is a Member of the Literary Managers and Dramaturgs of the Americas (LMDA) and an Associate Member of the Stage Directors and Choreographers Society (SDC).

Theatre patrons braved traffic in the downtown Las Vegas Arts District this weekend to pack the...

What happens in Vegas theatre is too unique to let the story of it stay there anymore. There is...