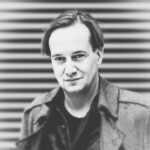 Stefan is Serbian-born, Toronto-based internationally acknowledged director and creative producer. He is a Director at award-winning Toronto’s BirdLand Theatre company. Stefan is best known for his interdisciplinary stage practices merging digital and live performance. His work has been seen on stages in Europe, Canada, and the US. Stefan directed Off-Broadway productions of Wide Awake Hearts by Brendan Gall, (BirdLand Theatre at 59E59 Theaters), and The Birds by Conor McPherson (BirdLand Theatre at 59E59 Theaters). He directed works by Sarah Kane, Maria Milisavljevic, Bernard Marie Koltes, John Herbert, Rajiv Joseph, Arthur Miller… His production of Whoʼs Afraid of Virginia Wolf by Edward Albee was showcased at the BITEF Festival in Belgrade, Serbia, as a part of the New European Directors Showcase. His multimedia project Delete was featured at the Prague Quadrennial of Scenic Design. Stefan was also personally chosen by Peter Brook for his masterclass at BAM in New York. Among other things, Stefan is the founder of a creative StartUp Digital Dream Society. Stefan is alumnae of Directors Lab at The Lincoln Center in New York, and fellowship recipient of International Theatre School at University of Edinburgh, Scotland. Stefan holds MFA in Directing for Theatre (University of Alberta, Canada), and an MA in Theatrology (University of Arts, Serbia).

Theatre saved my life. By the time TheTheatreTimes.com appeared, I had already crossed one...

As the theatre world in Canada and the US anxiously expects the final re-opening of Broadway and...