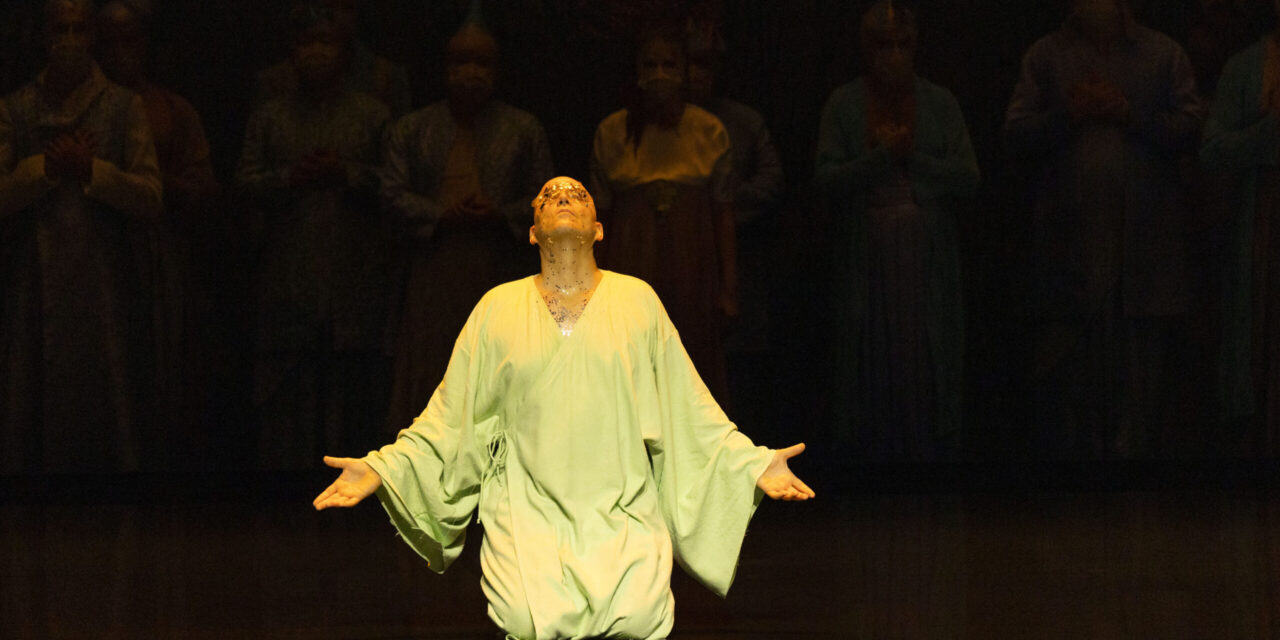 It’s been nearly 100 years since George Enesco’s Œdipe (Oedipus) was created to much success on the Paris Opera stage. Today, the opera remains an elusive gem, with live performances staged few and far between. In September, the Paris Opera unveiled a new production staged by Lebanese-Canadian director Wajdi Mouawad that saw the theatre bloom (literally) into colorful floral bouquets and greenery.

This pagan vision of Œdipe sets the tone for Sophocles’ familiar Athenian tale of parricide and incest, but it also softens the character of Oedipus, cutting a tragic figure born into misery through no fault of his own. Nature’s presence on stage—framed in elaborate headdresses for the large chorus and cast—serves as a reminder of how its sensuality and cyclical violence are interwoven.

The Romanian composer Enesco (1881-1955) created Œdipe in 1936 and the opera features strains of Debussy and Stravinsky, capturing the musical flavor of early 20th century Paris in a powerfully nuanced score. Under Ingo Metzmacher’s baton, the conducting successfully brought out the additional influences of Romanian folk music to complete the opera’s rich tapestry of musical offerings.

Mouawad’s intelligent staging merges the practical with the splendor of visual symbolism. In addition to the verdant motifs present in the costumes, architectural panels situate the viewer while doubling as a surface for the projection of the libretto’s surtitles. Viewer’s eyes and necks were gratefully relieved from the pesky task of oscillating between reading surtitles above the stage and catching the action as it unfolds. Textual understanding is deeply enriched as a result, alongside video projections that cleverly adapt to the set design. Perhaps Mouawad’s most unique addition to staging Œdipe is the presence of the minotaur and allusions to the story of Ariadne and the maze, here transposed to reflect the chaotic prophecy that characterizes Oedipus’ tragic tale. A bull-headed figure crosses the somber stage in between acts. Later, Jocasta wears a an elaborate headdress featuring a thick red cord dangling from the rafters that trails behind her. At times, her husband/son casually slings it over his shoulder. Appearing as if Ariadne’s ball of red yarn given to Theseus in the maze, it is both a reminder of Oedipus’ umbilical cord that his father Laius cuts in act one, and foreshadows the rope from which his wife/mother will hang herself. Jocasta, brilliantly portrayed and sung by Ekterina Yubanova, cannot extract herself from this preordained labyrinth.

The genuine torment of British baritone Christopher Maltman in the title role and the seductive mystery of Clémentine Margaine’s sphinx were highlights of the performance. It’s as if Mouawadat has cracked the riddle of Thebes and granted us all passage to Œdipe temporaily, but let us hope that the sphinx will reopen Enesco’s musical splendors again, sooner rather than later. 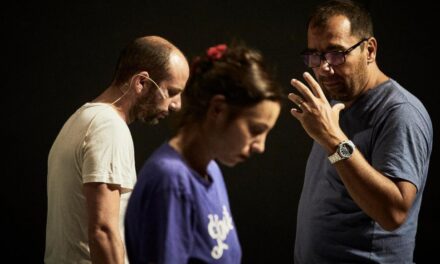 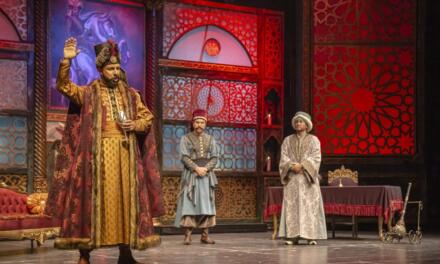