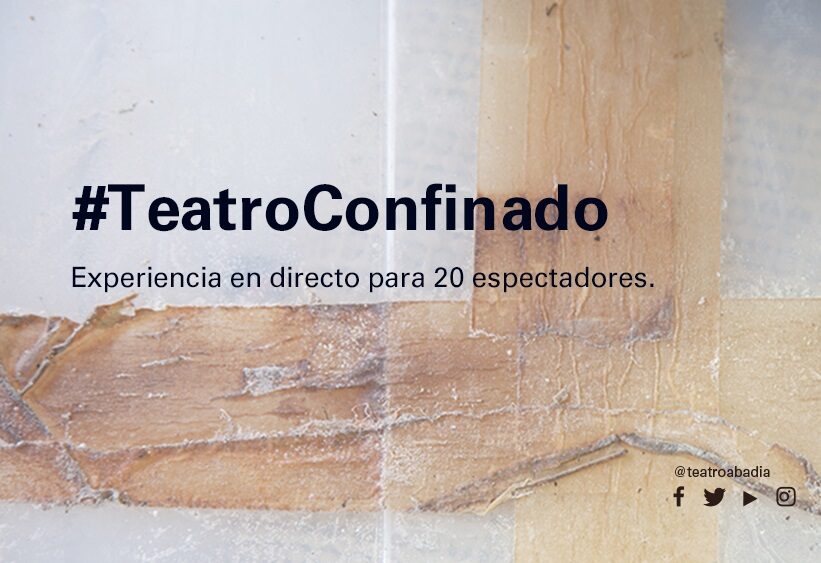 The COVID-19 pandemic has closed theaters around the world, including New York’s Broadway and London’s West End, Buenos Aires’ Calle Corrientes, and Gran Vía in Madrid. The theater sector is one of the most badly affected because of social distancing regulations. With all theaters closed, projects everywhere have been delayed or canceled, and many professionals have lost work.

There will not be any good news for theaters in the coming months. It is possible that theaters will be the last type of business allowed to re-open. On top of that, they will only be able to sell a third of their tickets in order to maintain social distancing. Consequently, venues’ incomes will be hugely reduced, and some projects would not be affordable at all. At the same time, a recession and high levels of unemployment could reduce ticket sales.

Yet these forthcoming challenges have not thwarted Spanish people who work in theater. In Spain, like many other industries in Europe, theaters have sought financial support from the government. Artists are also trying to reimagine theater with social distance measures in place. An example is Teatro de la Abadía, a renowned institution that has invented the hashtag #TeatroConfinado (ConfinedTheater). This concept has been copied immediately by small companies such as La Pacheca Collective, and tiny theaters like El 5 de Velarde.

#ConfinedTheater work is performed by artists from their homes and broadcast online in real-time. It is a lively experience for 20 people maximum. These intimate seats are available through Zoom, a video call app that has become a key player in this new kind of theater. It can be used to bring people together in the same virtual space, with everyone able to see the play simultaneously from their homes. In this context, it could be said that actors have become remote workers.

Many artists have accepted the challenge to work across this medium, with most starting by adapting plays or texts that have been staged before. This was the case with the first production that was announced, Sea Wall by Simon Stephens, produced by Bella Batalla. It was the first production turned into a confined play because it was originally staged for only twenty people seated around the actor. Nothing more is needed – no set, and no specific costumes.

Other performers quickly followed suit, including several Spanish theater stars. Currently, a wide range of plays can be seen, from a lecture originally written by David Foster Wallace for Kenyon University graduates performed by the well-known Israel Elejalde, to a reading of Lorca’s texts by the popular actor Irene Escolar. Both actors broadcasted performances from home with a minimum of mise-en-scene. In Escolar’s case, she exchanged the evening dress that she usually wears when she performs for a white T-shirt and a pair of black jeans. This casual approach does not interfere with the presentation.

There are artists who have premiered plays, too. This is the case for Pablo Rosal and Luis Bermejo, who created Informe Lejía (Bleach Report). It is a comedy starring a single man that wants to have a night out with his girlfriend Mari Carmen, however, they are isolated in different apartments. Bermejo uses all the rooms of his house as the set, filming his performance with a smartphone and a selfie stick.

More than fifty percent of available performances have been created by lesser-known, contemporary artists. It is a big opportunity for audiences to learn about the work of companies and artists that usually work in smaller venues or are scheduled for only a few days in festivals. A selection of these artists and companies are Juan Ayala, Los Bárbaros, Laboratorio de Acción Escénica Vladimir Tzekov, Roberto Cortés, Alex Peña, and Rosa Romero.

In some cases, artists who are digital natives and usually include technology in their plays have incorporated it within their online performances in a quite simple way, as one could do from home. Apps like Google Maps, YouTube, or Telegram are included in their performances to place audiences in, for example, the International Space Station or in Alentejo, Portugal.

These performers are now building their texts as if they were DJs. They use different references in the same way samples are used in pop or dance music. Of course, these are theatrical ones, such as Rodrigo García, writers such as Borges, Pligia and Saramago, or philosophers like Foucault or Paul B. Preciado. These extracts of texts range in topic, including how a house becomes a home, how reality acts on fiction, how gender classification should be eliminated from any kind of official identification, and how society could organize after the pandemic. Though these subjects sound very workable, ultimately they are not.

The artists have approached the material in a performative way. They are aware that they are doing live theater and their plays must be set in a space, in real-time, in front of spectators. However, these new works are most attractive to theatergoers who are looking for theatrical experiences – those who want to explore theater’s limits – but they discover these productions are not far from classics. Furthermore, current political and social debates have the potential to be poetically told and to be full of fun and pop music, too. A good example is a version of Space Oddity by Alberto Cortés on Estación Espacial (Space Station); it is amazing and fresh.

Some people might think that these performances are not real theater. Many will ask themselves what the difference is between seeing one of those plays, or any that were filmed and could be watched at any time. They forget that the confined theater plays are broadcast live. As Luis Bermejo said in Informe Lejía, a mistake could happen during the show. The possibility of mistakes makes it exciting to log on every afternoon to see one of these pieces, just as it is thrilling to go to the theater. That is the reason Teatro de la Abadía and all these performances sell out every night.

All of the money earned from #TeatroConfinado ticket sales is for the #YoMeCorono project, a team of doctors and researchers from the Fight Against AIDS Foundation, IrsiCaixa and Germans Trias i Pujol University Hospital that is working tirelessly to come up with a cure for COVID-19 as soon as possible. 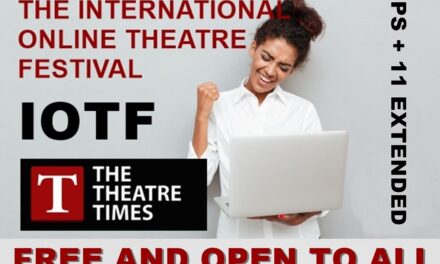