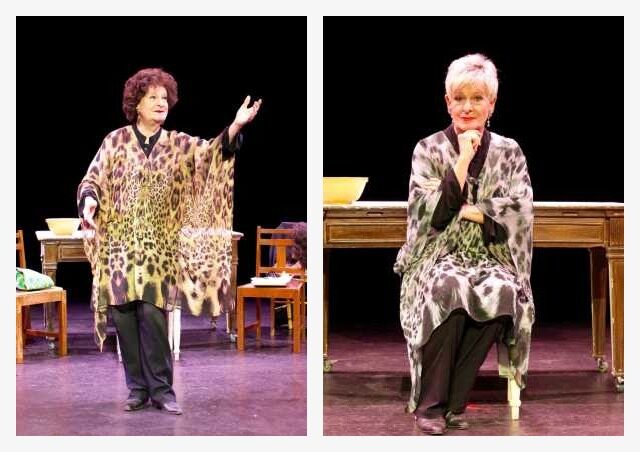 Pieter-Dirk Uys in "Lockup/Lockdown." PC: Theatre on the Bay.

I’ve totally enjoyed the many faces of Pieter-Dirk Uys over the years – from his most famous alter-ego Evita Bezuidenhout to his most infamous apartheid-era send-ups. Uys has always been equally at home with high camp as he is with hard-core satire, and his range of characters and caricatures are deftly (and often ruthlessly) drawn, recognizable personalities.

But it was a new Uys that emerged when he stepped on stage with his latest solo outing, Lockup/Lockdown at the Theatre on the Bay. Sure, Evita opened the show in a time-warpy vignette which served as a reminder of all that has happened in the past 19 or so months. But once her wig was removed, it was as though the fourth wall was also cast aside and we were in the intimate presence of a more reflective Uys. A person who, used to working over 200 of every 365 days each year, has been forced to slow down – actually stop, at times – and take stock. An actor confronted with no theatres to perform in, no audiences to play to, no crew to work with. Instead – the smell of flowers in his hometown, and the time to watch a caterpillar cross the road.

As Uys considers the surreal and sometimes devastating effects of the Covid-19 pandemic on the country, on the arts community, and on himself personally, we see a softer, more vulnerable side emerge. It’s a side which is easy to empathize with, as we are reminded of our own frailties and fears during this period. Uys’s frank account of his experiences provides a bonding moment – something which doesn’t always happen in theatre – that is unexpected, brave, and poignant.

Which is not to say the master satirist isn’t able to elicit laughs, even in this exposed space. Of course he does. And so things segue into more familiar territory as the pandemic is shrugged aside, sleeves are rolled up, hair is let down and the business of humor – political humor – is resumed.

Some of Uys’s favorite personas (and some new ones) are used to pass commentary on everything from the wearing of masks to the banning of ciggies – ultra-kugel Nowell Fine is on form, as is Willie Wikkelspies. I had brought along an Official Young Person (in the shape of my second-year Media Studies nephew) to give me a fresh perspective on things, and he pronounced Uys’s Boris Johnson to be “brilliant.” (However, his OYP’s reaction to a glamorous Marlene Dietrich scene was one of confusion, which I took to be an age thing.)

Overall, Lockup/Lockdown marks a much-welcome return to the theatre for both Pieter-Dirk and his audiences. It’s a win-win situation, ultimately – he gets to do what he loves, and we get to feel normal again. Thanks to the Theatre on the Bay for waiting for us all to return.

What: Pieter-Dirk Uys with Lockup/Lockdown

This article was originally posted on WeekendSpecial on October 21, 2021, and has been reposted with permission. To read the original article, click here.