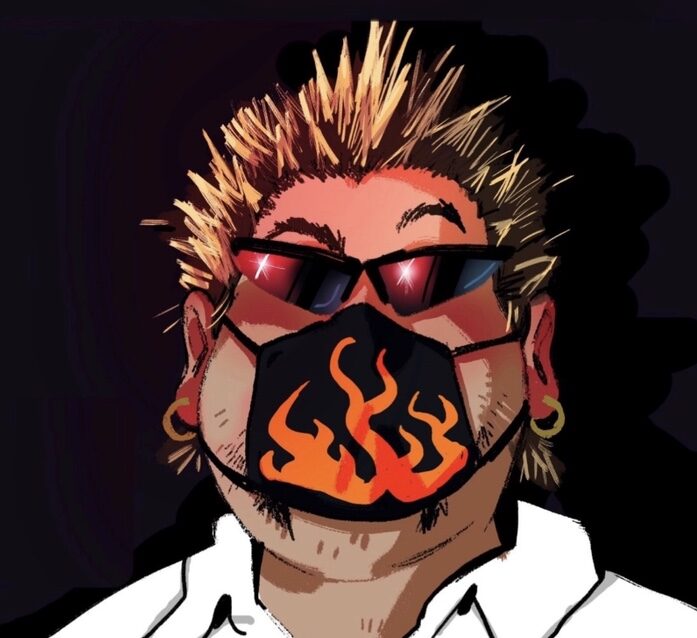 On February 20th at 7pm, Sebastian Biasucci’s family will be in their kitchen eating dinner. One hour later, his family will clear out and Sebastian will turn his kitchen into the set of his live-stream theatre show.

This is the reality for many theatre actors around the world, as the COVID-19 pandemic continues to keep live performance venues shuttered. Sebastian is making do with what he has at home, as are the other artists partaking in The Assembly Theatre’s Window of Opportunity Festival. Well, for this virtual version, at least.

Originally, the Window of Opportunity Festival (or WOO FEST) wasn’t intended to be online. “It’s funny, because [the festival] was made to deal with COVID.” Says Co-Artistic Director of The Assembly Theatre, Luis Fernandes. “I thought, wouldn’t it be cool if we could present work in the windows of different places in Parkdale? People could go for a walk, see different art…that would be socially distanced.” Concerned about permits and the neighbourhood’s reactions, they decided to put on the Window of Opportunity Festival solely in their theatre’s large, street-facing window. The performers would be assigned individual time slots with no overlap or contact, and a socially distanced audience would watch from outside.

The Assembly Theatre Cass Van Wyck has become a pillar of Toronto’s indie theatre scene. They offer a performance space in the Parkdale neighbourhood, mandating to help emerging artists put up their own work. Co-Artistic Director Cass Van Wyck joined The Assembly early last year, right before the pandemic. “There have always been indie theatre spaces that function as a home for emerging artists straight out of university, who are trying to find their place in the community…indie theatre’s function is vital. It bridges the gap.”

Luis and Cass have been working hard to develop virtual opportunities for artists. The truth is that theatre, by definition, can’t exist without a live audience. “As soon as it goes online, it isn’t theatre anymore. It’s an entirely different medium.” Cass highlights the largest issue theatre communities are facing; the merits of digital theatre. Luckily, the Assembly Theatre found that one of their long-standing events, Operation 24, has transitioned successfully to an online experience. The event tasks actors, playwrights and directors with creating and performing an original short play in just 24 hours. The event still faces the limitations that come with a virtual performance, but the content created is as strong as ever, and artists get to connect with their community.

Uplifted by Operation 24’s success, Luis and Cass were ready to do the same with WOO FEST. However as Toronto’s COVID-19 case numbers began to rise again, they decided to postpone the festival until the spring. Now deep into the pandemic’s second wave, Cass and Luis decided that while they waited for the city to open up again, they would offer a smaller, virtual version of WOO FEST. Then, their hopes of allowing artists to film their pieces in the actual theatre space were squandered when Toronto announced another stay-at-home order. Luis spoke to this turn of events as a true test of their indie-creator spirit: “Every moment we decided something, we had to change it. It was maddening.” Adding to this, Cass explained that, “The version we’re presenting now is not only a direct result of the first iteration, but a direct result of the second iteration.”

Sebastian was one of the performers asked to adapt his WOO FEST piece into a virtual experience that he could film from his home. He’s been working on this show since 2018, when he stumbled upon a scathing New York Times review of a new restaurant by Guy Fieri, a celebrity Food Network host. “What really struck me the most – this restaurant critic says, ‘Is your identity all an act?’”

Inspired by themes of identity and authenticity, Sebastian took a deep dive into the world of Guy. “Is it all an act? Was he created in some Food Network lab? Was this him before, you know, all the cameras were focused on him? But I’ve realized that this really is who he is.” Sebastian thought that if someone as, “Larger than life and outrageous as Guy is could be authentically himself, maybe audiences would think, you know, why can’t I do that too?”

He’s had various versions over the years: Originally envisioned as a solo show, Sebastian planned to play not only Guy, but also various citizens of “FlavorTown”; Guy’s fictional town of good food, of which he is the self-proclaimed mayor.  Sebastian has also written scenes for an ensemble edition of the show. For the original Window of Opportunity Festival, Sebastian pitched A Window into FlavorTown. Transported from his fictional world of “FlavorTown”, it was a chance to catch up with Guy during quarantine. He was even planning on teaming up with local restaurants, who’d bring food to the theatre window for him to test. “Guy’s the ultimate optimist. What a year…without doing the work that he usually does – which is going out to restaurants across the country – how would that impact him? He might feel like he’s lost his mojo a bit.”

When WOO FEST went virtual and had to be filmed at home, Sebastian jumped at the chance to adapt his show, now called, WHAT A GUY! Live. “This is basically a companion piece to the companion piece.” Sebastian’s current version is a self-proclaimed experiment. It’s a live stream with celebrity cook and host, Guy Fieri, straight from his FlavorTown bunker.  Viewers of the livestream will be able to ask Guy questions through the Youtube comments. Sebastian is motivated by the fact that Guy himself has been functioning like this during the pandemic; Guy’s sons would film his livestreams in their family kitchen. “If he can do it that way, I’m going to try and emulate it. It is supposed to be literally what he’s doing…It’s supposed to feel like Guy is sharing his own screen.”

Creating a solo, virtual improvised show hasn’t been easy. Sebastian has created a loose structure in which he will be able to improvise. “What is the arc of this? I’m packaging it as an Instagram live. Those typically don’t have a beginning, middle and end.” As for his set, Sebastian is testing the limits of what he can do with his kitchen. The dining table will act as his “backstage props table”, and he might even use the fridge for backlighting purposes. Acting as his virtual stage manager, Cass has become highly proficient in the art of Zoom. “You get very creative, the more restrictions you have. That being said, we’re not online content creators.”

They’ve worked through technicalities such as screen sharing, how to play music, and what the set up will look like on Sebastian’s side of the screen. “I have stress dreams that it’s going to be 8 pm, I’m gonna be performing and all of a sudden, I’ll get these messages in the chat saying, ‘your lips are moving but we can’t hear you,’ and I don’t know how to figure it out.” The reality is, theatre performances can only go so far on a screen, as Cass knows. “It kinda feels like it’s going into a vacuum…there’s no call and response. You put it out there and hope for the best.” This is certainly at the forefront of Sebastian’s mind as he prepares for his live-stream show. “There’s that missing element of the back and forth of the audience. It’ll be weird trying to land jokes into the bullseye of my computer camera. It’s impossible to get anything back through the screen.” That being said, he is still optimistic. “I’m doing this for you in my kitchen right now, and that’s exciting for me to think about. That’s what I think we’re missing – things that are live, happening in front of us. We’re missing that connection. So if I can 1. Establish connection and 2. Be doing something that is living and breathing in the moment…that to me is capturing at least some of the things I love about theatre.”

Indie theatre-makers are used to turning water into wine; with little to no money, small rehearsal spaces, and homemade costumes, they can churn out impressive works of art. Artists often get their first professional gigs from their indie beginnings. Their unbridled passion for theatre makes them adaptable, determined and resilient – so it’s no surprise that they’ve found a way to cope with COVID-19 restrictions. “For us, we hope this online version honours the artists and gives them a platform to show their work.” Luis is confident they’ll be able to put on the (semi) original WOO FEST later this year, through their theatre’s window. “Theatre is still alive. We’re still doing it. It’s gonna come back.”

The Window of Opportunity Festival Online is available February 16th-26th, 2021.

You can catch Sebastian’s show, WHAT A GUY! Live on February 20th at 8 pm EST. Click here for performance information! 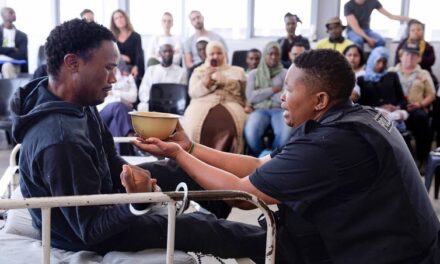