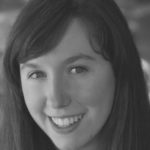 Trisha Mahoney is a graduate of the DePaul Theater Program’s Dramaturgy and Dramatic Criticism program and a current young ambassador in Dresden, Germany with the Parlamentarisches Patentschafts Programm. While in Germany, she has become a Dramaturgy intern and Regiehospitantin at the Semperoper Dresden. Back while studying at The Theater School, she was the dramaturg on such shows as Mr. Burns: A Post-Electric Play, Crime And Punishment, Prospero’s Storm, The Cat In The Hat, and on Mickle Mahr’s new play, Michael Jordan In Lilliput. She also had the opportunity to interview Tarrell Alvin McCraney in a talkback while serving as the dramaturgy on The Theater School’s production of Wig Out. Trisha also developed a strong interest in criticism and writing which led her to the position of Editor-in-Chief of The Grappler, DePaul’s dramaturgy-focused online publication and a Head Writing Center Tutor job at the DePaul University Center for Writing-based Learning. She has spent her summers in Chicago doing Educational Programming internships for companies such as 826CH and Compass Creative Dramatics. When Trisha is not in the theater, she can be found swing dancing in whatever city she is in.