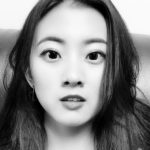 Shuyu Zheng is a current graduate student in Theater Education at Emerson College. She graduated from the National Academy of Chinese Theatre Arts (NACTA), Beijing, with a bachelor’s degree in Visual and Performing Arts.  Since she found her passion for theater at a performing art high school; she has continued to study and practice various performing styles. Over the past ten years, she has starred in multiple classical plays (Chinese, American, European.) During her undergraduate studies, she co-produced multiple plays, such as XUN-Experimental Drama at the Beijing University Century Forum to Celebrate Beijing Fringe Festival and FATHER at the Beijing College Students Theatre Festival. She participated in the theater popularization project, Refined Art Into The Classroom, to introduce classical plays to colleges across Beijing.