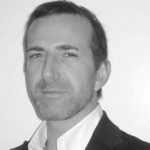 Raffaele Furno is Professor of Performance Theory and History of Italian Theatre at Arcadia University, Rome Campus. His area of expertise are migration studies, inter-cultural studies, and experimental theatre. His first book appeared in 2012 and his titled Intra-cultural Theatre: Performing the Life of Black Migrants to Italy. He has also published several articles on journals and edited books on the relation between theatre, society, politics and gender in Italy. His latest publication is “Carmelo Bene’s phonè” in the edited collection The Italian Method of La Drammatica. Furno has worked as Visiting Scholar in Taiwan, and has given lectures on commedia dell’arte and experimental theatre in the US, China, South Africa, and the UK. He is founding member of the International Network of Italian Theatre, and also active member of the International Federation of Theatre Research, and Performance Studies International. Furno is also an award-winning theatre director, founder of the company Imprevisti e Probabilità. His poetic is a mix of visually compelling story-telling and the adaptation of tradition and classics in contemporary style.  As actor and director he has extensively worked in Italy, USA, Senegal, Republic of Macedonia, Austria,  Germany and Taiwan.

It would be easier for North and South Korea to reunite under one flag than for two human beings...

In the last twenty years, Antonio Latella has made a name of relevance for himself in Italy as an...

Teatro Argentina in Rome is currently sold out for the run of Odissea a/r, the new show by Palermo...