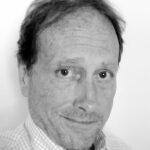 Peter A. Davis recently retired from the University of Illinois at Urbana-Champaign, where he taught both undergraduate and graduate courses in theatre history.  He served as the Chair of the Theatre Studies Program, Director of the MA/PhD Program, and as Director of Graduate Studies. He specializes in the economic and cultural history of theatre in early America and eighteenth-century England. His articles and reviews have appeared in many of the major theatre history journals, including Theatre Survey,Theatre History Studies, Theatre Journal, Journal of American Drama and Theatre, Restoration and 18th Century Theatre Research, and Nineteenth Century Theatre Research. He was also a contributor to the Cambridge History of the American Theatre, winner of the 1999 Barnard Hewitt Award from the American Society for Theatre Research.  He is the author of From Androboros to the First Amendment:  A History of America's First Play (Iowa, 2015) and the forthcoming The Stage in Crisis:  An Economic History of the 19th Century American Theatre (Palgrave Macmillan, 2017).  In addition to his academic work, Professor Davis is a professional actor, dramaturg, and director, as well as a core ensemble member and literary manager with the award-winning Remy Bumppo Theatre Company of Chicago.

Here’s a curious piece of theatre as well as Olympic history:  It was on this day (July 28)...

On October 17 in 1777, British General John Burgoyne lost the Battle of Saratoga, surrendering...

It was on this very day in 1792–August 20–that the great French playwright, Pierre...