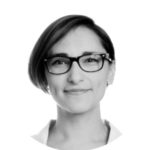 Beatriz Cabur is a Spanish theatre maker based in London. Playwright, Theatre Director and Dramaturg, she has written and/or directed over 35 plays which have been produced in 6 countries: Spain, Mexico, Italy, Austria, the UK and the USA.  She graduated in Playwriting and Theatre Directing from the RESAD, Madrid, Spain in 2000, and has Master of Advanced Studies in Audiovisual Communications from the UCM, Madrid, Spain. Beatriz is member of the international network for working playwrights, The Fence. Member of The League of Professional Theatre Women and Founder and President of the LMPT. Member of Women in the Arts and Media Coalition. European Managing Director of 365 Women A Year. Former Head of the Hispanic Languages Committee of Eurodram and former Executive Director of New International Theatre Experience (NITE). She is the Founder of The Theatre Times, Worldwide Theatre News. Beatriz works incessantly to make The Theatre Time's network grow, in order to facilitate transcontinental collaborative models across the world for theatre makers.

Continta me tienes, the Spanish publishing house, sent us the volume The Words of the Plays,...

José Padilla is one of the brightest lights in the Spanish theatre right now.  Amongst his...

Antonio Rojano is a self-taught playwright, and he is well-taught! He has won almost every main...

This original content is exclusive to TheTheatreTimes.com. The interview is part of the series,...

On a Saturday night, Madrid’s Microtheatre performs 54 mini-shows back to back in the...