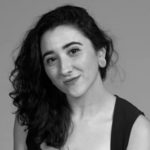 Arly Rubens (she/her) is a New Jersey-based dramaturg and actor. She recently graduated with a BA in Theater and English Literature from Kean University, where she currently works as a writing coach. Arly has served as an intern in the literary and education departments of Premiere Stages and the Shakespeare Theatre of New Jersey and is a founding member of The People's Theater, a political theatre collective led by its members in conversation. As a theater artist, she's interested in interactive and experiential production dramaturgy, Shakespeare, and magical realism; as a human, she's into curating playlists, attempting the crossword puzzle, and the dramaturgical possibilities of The Sopranos.

We have rounded up the rising stars, not only from Moscow and St. Petersburg but also from...