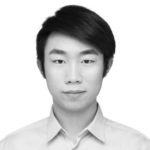 Zhe Pan was born in Beijing and he came to the United States for high school alone in 2010, at the age of 15. The first American school he went to was called St. Peter and Marine in Worcester, MA. Later on, he transferred to Saint George's School in Spokane, WA.  He chose to attend Sarah Lawrence College in Bronxville, NY to pursue his passions. In college, he acted in many productions, made documentaries about Peking opera performers in NYC and kept on reading plays. He had the chance to study in FAMU at Prague and BADA (British American Drama Academy) through SLC. He graduated from SLC this May, and in his senior year, he expanded his college theatre career to directing, stand-up comedy, and theatre criticism. He hopes to continue his theatre study at Columbia and be a better international theatre-maker in the future.

Lewis Carroll’s Alice’s Adventures in Wonderland is a popular source of musical adaptions....

In Murray Mednick’s “Mayakovsky and Stalin”, which made its New York premiere at the Cherry Lane...