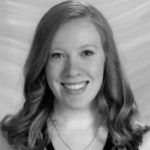 Kristin Tomecek is a lyric soprano and writer currently based in Boston. A Chicago native, she is presently studying English, Film Studies, and Music at Tufts University in Medford, MA and expects her Bachelor of Arts in May 2018. As a performer, featured credits include university performances of Le Nozze di Figaro (La Contessa), The Old Maid and the Thief (Laetitia), and Three Sisters Who Are Not Sisters (Jenny). Kristin was the Chicago NATS Classical Competition Division II Winner in 2012 and was selected to perform in Theodora at Chicago’s esteemed Handel Week Festival in 2013. Additional production experiences include internships with Chicago’s Metropolis Theatre and Warner Brothers Studios in Burbank, CA as well as music directing Urinetown with Tufts’ Torn Ticket II. As a writer, Kristin is known for her television work, including original web series Legend and Pantheon University.

Audiences found themselves amidst fermentation vessels and set dressings alike this past Thursday...