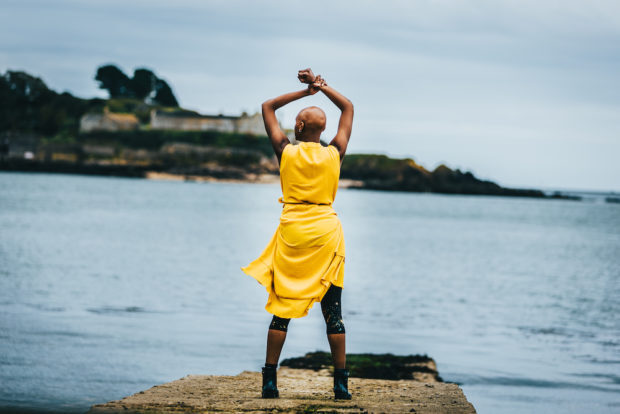 Online performance, streamed instead of attended, has given theatre companies an immense amount of flexibility. Suddenly, the digital world offers all kinds of different freedoms. A good example is Devon-based Beyond Face theatre company’s new film of The Elephant in the Room, a dance piece that combines both voiceover narration and movement. Filmed in Plymouth and Bristol, the words by writer and co-director Alix Harris are a passionate denunciation of racism and a heartfelt plea for racial equality. She confronts the enemies of denial, reluctance, avoidance, and silence. And, of course, sheer ignorance. The 40-minute play is divided into sections, in which one of the seven different performers creates expressive movements which echo themes such as The Voice of Freedom and Visibility. Boldly visual, The Elephant in the Room seethes with impatience at the slowness of change, a point reiterated by the use of footage of the toppling of the statue of slave trader Edward Colston and a Windrush mural. The emotive repetition of the slogan “No justice, no peace” clashes with an objecting voice that tries to belittle any attempt at change. Local hero Sir Francis Drake, from the trad history textbooks of the yore, is roundly criticized. Although all this lacks humor or subtlety, it packs a deeply felt punch, and the cast are fab performers: Harris, along with Samater Ahmed, Shaday Barrowes-Bayewunmi, Charice Bhardwaj, Victoria Horan, Shiquerra Robertson, and Corinne Walker. Jules Laville is the movement director and Dan Martin the fluid and engaging filmmaker. If race issues are no longer really the elephant in the room, it is still right that theatre should foreground the complexities of feeling that the legacy of the colonial past still imposes on people from diverse ethnic origins. This piece deserves a wide audience.

This article was originally posted by Aleks Sierz on April 18, 2021, and has been reposted with permission. To read the original article, click here. 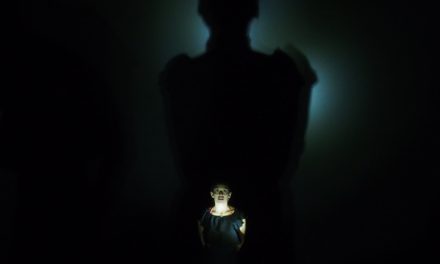