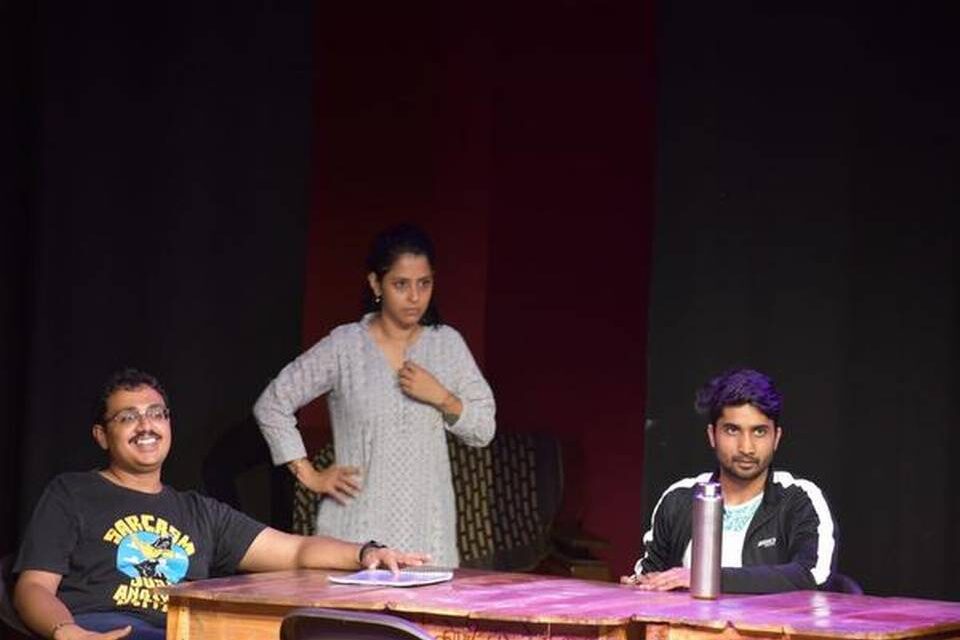 Storyboard Productions to stage Alan Ayckbourn’s “Table Manners” on September 25 and 26. The dark comedy is a satire on the middle-class and their ideologies 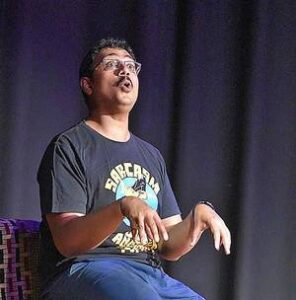 City-based Storyboard Productions brings Alan Ayckbourn’s dark comedy Table Manners to Rangabhoomi Spaces in Gachibowli on September 25 and 26. A part of a trilogy—the other two being Round and Round the Garden and Living Together—the English play is a satire on the middle class and their ideologies.

Director Sandeep Tadi says, “The pieces are brilliantly written by Alan [Ayckbourn] in a way that each play stands on its own. The trilogy, ‘The Norman Conquests’ is a dark, realistic comedy.”

Of chaos and family drama

The hour-long production shows Annie caring for her ailing mother. When she plans to go out for the weekend, she asks her brother and his wife to be with her mother. The narrative follows the chaos and drama that ensues. Tadi terms the six characters rainbow colours with variations. “It creates a kind of conflict which is satirical and funny.”

The setting is Victorian with the dining room as well as costumes in sync with the retro look. Costume designer Rushika Korukonda, an English literature student at St. Francis College, who has also worked on social media promotions for the play says, “I realized the wonderful irony of using screens to make people come to watch the stage. The research has been a great experience.”

All artists except Jonas David, co-founder of Storyboard Productions, are from different fields. Aneesha Dama, an architect, who earlier worked on two plays (Charley’s Aunt and Good Answer staged by Storyboard Productions), plays the protagonist, Annie. “I feel a strange sense of connection and familiarity because there are so many emotions that Annie goes through that I have dealt with in the past as well.” 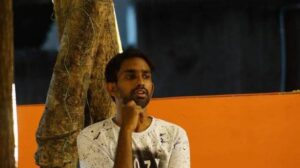 This is the first time that David gets to play a character with ambiguous morality. “Some of the things [Norman] does are cringe-worthy and appalling. Playing a man-child has advantages as it does give one some leeway to have fun on stage, but a man-child with no morals turned out to be quite obnoxious and notorious as I discovered in rehearsals.”

While Harsh Garg, a businessman, plays Tom, marketing manager Abhinav Rastogi gets to play a role close to his real profession. Anchor/corporate trainer Deepika Mahidhara who plays Ruth says, “Some characters are relatable. Ruth and Sarah’s relationship is one such. Ruth is as vulnerable as she is self-assured. It was challenging to bring both to the fore.”

In August when Hyderabad witnessed the COVID-19 numbers falling, the production house began planning for the play. With hardly a month to rehearse, the actors used to meet twice at Tadi’s house in Gachibowli for rehearsals. He observes the theatre scene is picking up in the city. Recalling his experience of watching Telugu plays recently with a good crowd at Rangabhoomi Spaces, he says, “With more people getting vaccinated, theatre groups hope the audience follows safety protocols and enjoys watching a live play.”

(Table Manners to be staged at Rangabhoomi Spaces in Gachibowli on September 25 and 26 from 7 pm onwards; Tickets — ₹200 and ₹150 at BookMyShow and the venue)

This article was originally published by The Hindu on September 23, 2021, and has been reposted with permission. To read the original article, click here. 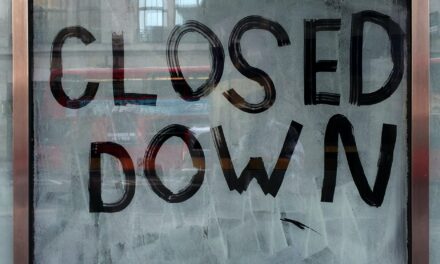